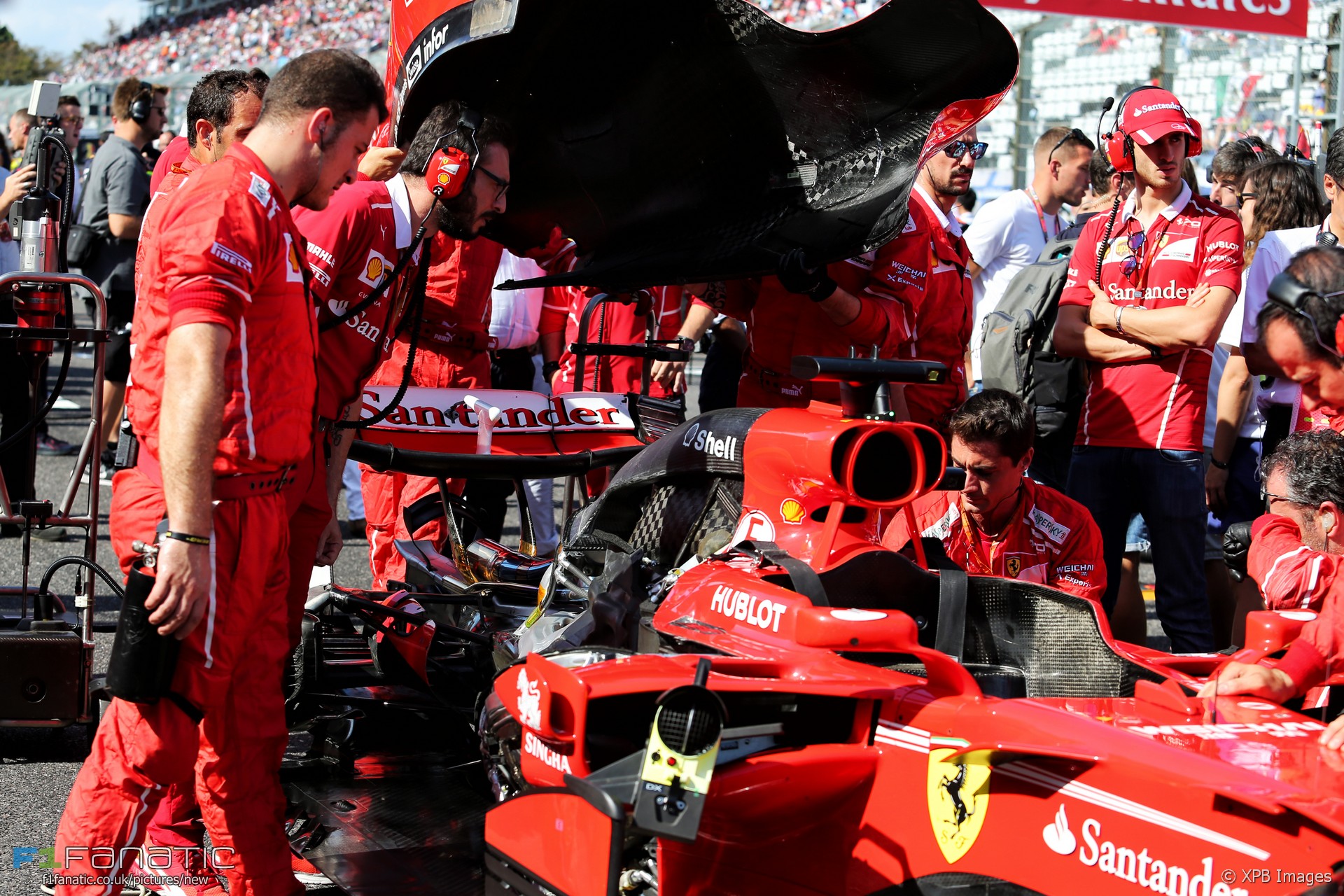 In the round-up: The parts which caused Ferrari to suffer retirements in the last two rounds were sourced from external suppliers.

Arrivabene defiant as inquest over latest failure begins (The Telegraph)

"Sources at Ferrari say their spark plugs come from an external supplier near Maranello and that this latest failure was a freak occurrence. The same sources claimed the air-intake failures which afflicted both cars in Sepang the previous weekend were caused by failures in the manifolds supplied by an external supplier."

"Asked how he explained the past three races, (Arrivabene) turned it back on us: 'Everybody saw what’s happened, so give me the answer. Do you see any mistake done by the team?'"

"We will fight until the last race. The last lap. The last turn."

The season is not lost for Ferrari, says Marchionne (Reuters)

"It’s a problem we’ve probably ignored over time because it was never of much importance but now we’ve had at least three occasions where we’ve really seen the devastating impact on performance. We’ll fix it."

"After fourth is secure, we will sit down with everybody and see if they can actually race again."

"He's technically out of contract at the end of 2018 because he will have completed a five-year contract."

"I actually knew about half an hour before the announcement so it was quite unexpected from my side."

"After all the speculation over Hamilton’s future, he would seem certain to renew his £30 million-a-year deal with Mercedes and aim for at least one more title with more records waiting to be shattered. Hamilton has already won eight grands prix this season and at this rate, he may yet overtake Schumacher’s haul of 91 wins, a total once thought beyond reach."

A fine addition to yesterday’s Stats and Facts from Jose:

In fact you are missing one very special stat. Mercedes have become the first team in F1 history that reach 10 wins or more in four consecutive years, something that McLaren, Williams, Ferrari and Red Bull eras couldn’t do.
Jose María Cimadevilla