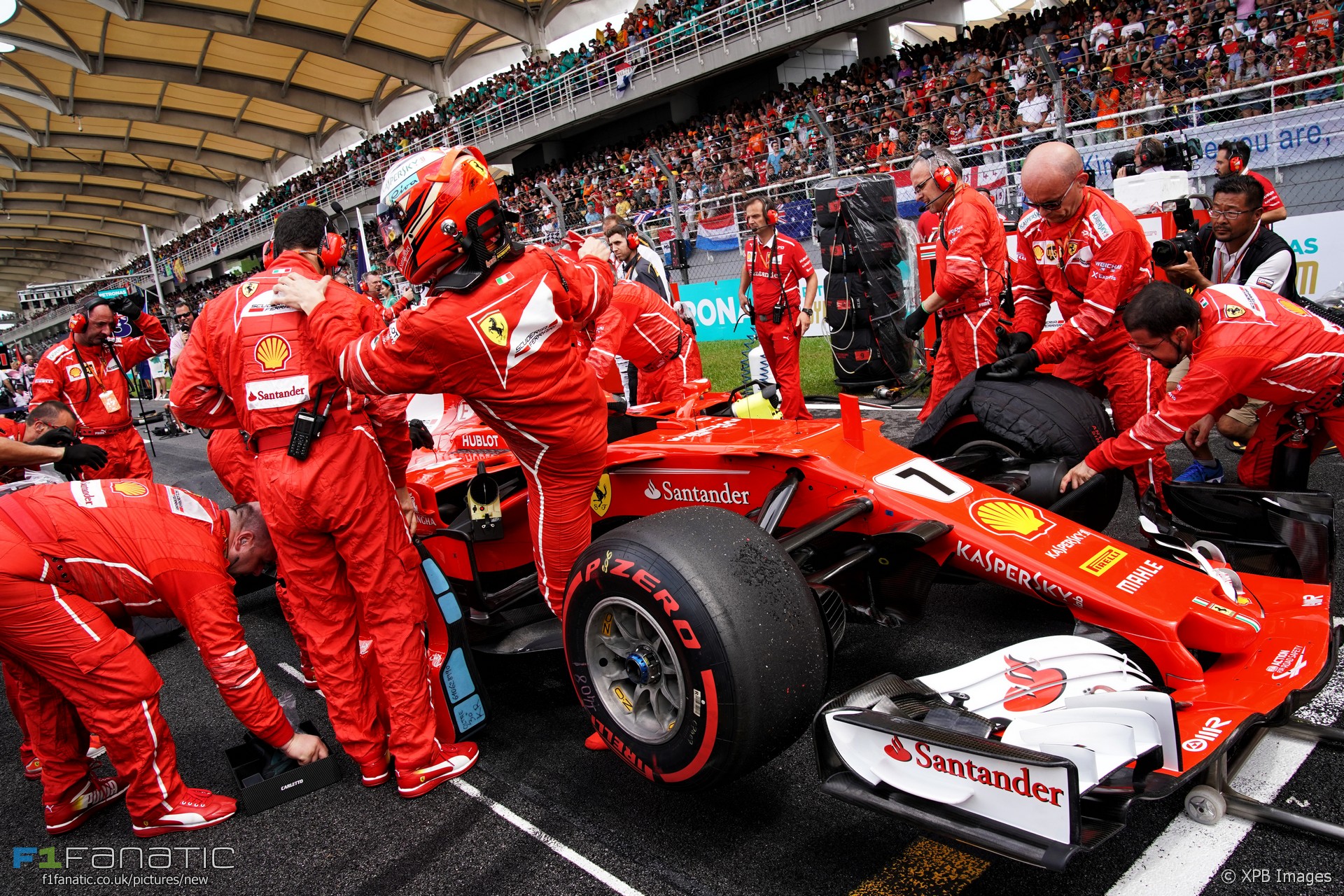 Ferrari confirmed their drivers’ car failures in Malaysia were caused by the same problem. Symonds said the team should have made sure Raikkonen’s car did not suffer the same problem after Vettel’s braekdown in qualifying.

“When Vettel had the problem with the inlet manifold in qualifying in Malaysia you have to look at the other car and you have to say: ‘We’ve got to see if we’ve got that problem on the other car'”, said Symonds. “I might be wrong but it didn’t appear that happened and I do think Kimi’s problem was the same thing. If so, that’s completely unacceptable.”

“I can imagine it to be true because I can imagine someone saying: ‘Oh, it can’t happen again, let’s not shout and scream.’ But what they should have said is: ‘I don’t care whose fault it is, let’s check and make sure everything is alright.'”

Symonds, who helped mastermind Benetton and Renault’s championship successes in the nineties and noughties, said Ferrari must not allow a culture of blame to develop following their recent spate of reliability problems. Eight days after his car failure in Malaysia Vettel’s title hopes were dealt another blow when he retired from the Japanese Grand Prix.

Ferrari mustn’t “go looking for someone to shoot”, Symonds urged. “You win together, you lose together and the only way to improve is to not have a culture of blame.”

He encouraged the team to follow the lead set by the aircraft industry. “They don’t look for blame. They look at how to improve and people are very happy to report what they perceive to be a problem without any fear of being castigated for it. Reliability in a racing car must be treated in the same way; you need that kind of ‘black box’ thinking.”

“You’ve got to be able to say: ‘I think there is a problem and I think we should do something about it.’ Even if you feel it is your fault, you should be able to react to it. You must be thorough.”

Ferrari’s problems may have come about because of the desire to keep delivering performance gains in the pressure of the championship fight, according to Symonds.

“It can be true and we have seen it. We saw it with Mercedes and their gearbox problems, where they admitted that they were trying to speed up the gearshift a little more and they ran into problems.”

“With the problems that Ferrari have had with the inlet tract and the spark plug, it is possible too. It’s not that they are necessarily correlated but it might be that you are just pushing the boost a little bit high, pushing the cylinder pressure a little bit too high, running the higher modes a little bit longer and that might bring unreliability in.”

“If you are trying to work at the edge of the envelope all the time reliability is harder and harder to achieve. But the most important thing is to achieve it.”