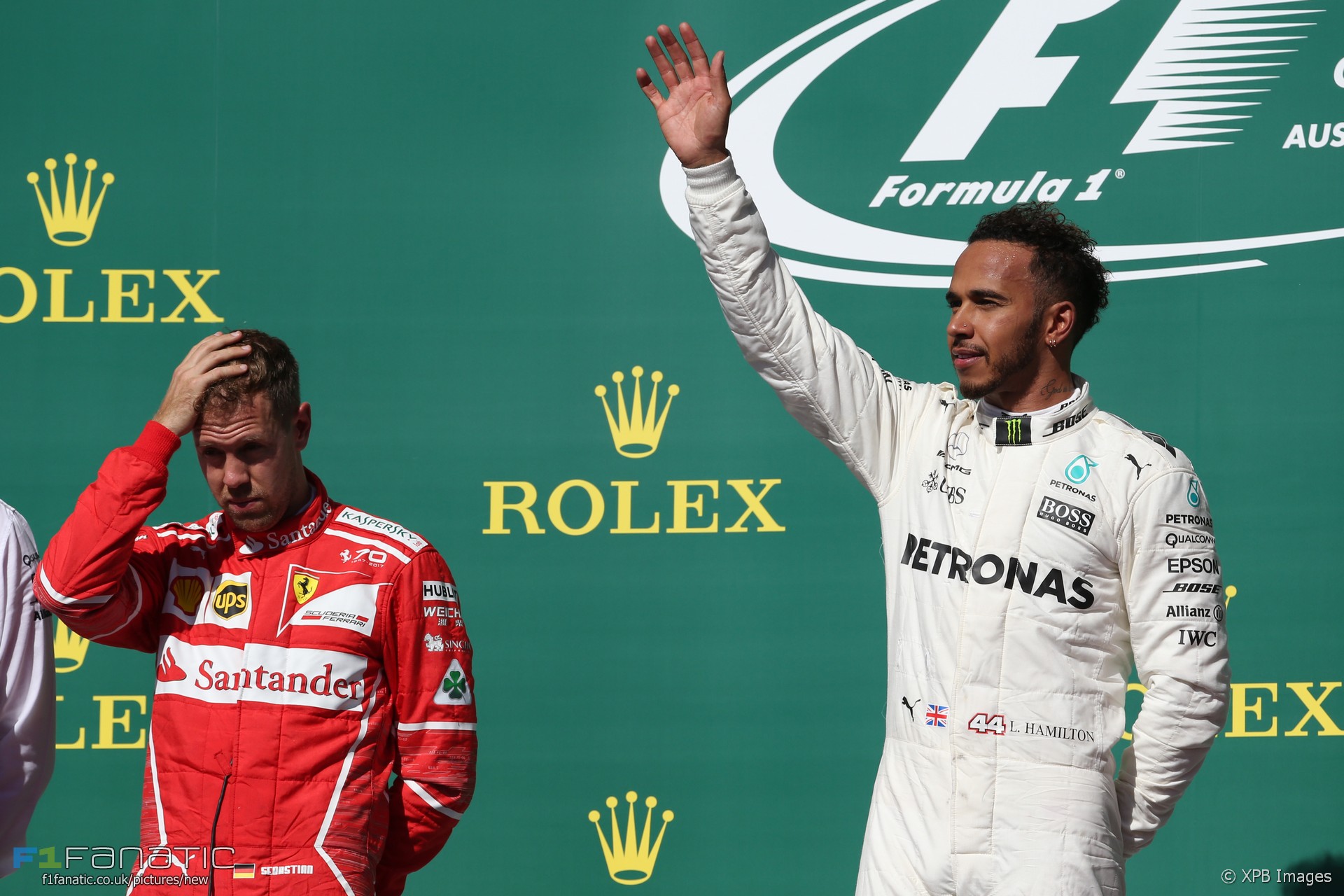 The Mercedes driver lost the lead from pole position to Sebastian Vettel but took the lead back from the Ferrari driver on lap six.

Hamilton then drew clear and only lost the lead again when he made his sole pit stop for soft tyres. Vettel, trying everything to get back in the fight, opted for a second stop for super-soft tyres, but could only reclaim second after passing Valtteri Bottas and being waved through by team mate Kimi Raikkonen.

Daniel Ricciardo retired with an engine failure which left Max Verstappen, who started 16th after a penalty, as their only representative in the points. He quickly worked his way through the midfield and, after making a second pit stop, took fourth place off Bottas.

Verstappen had Raikkonen in sights as the final lap began and squeezed past the Ferrari driver with two corners to go. But the stewards ruled he had gained an advantage by leaving the track and penalised him five seconds, putting Raikkonen back on the podium.

Esteban Ocon took sixth after holding off Carlos Sainz Jnr, who passed the other Force India of Sergio Perez on his way to seventh. Felipe Massa and Daniil Kvyat completed the points-scorers.

Brendon Hartley finished 13th on his debut behind Lance Stroll and Stoffel Vandoorne. Fernando Alonso retired the other McLaren with a suspected power unit failure.

The remaining finishers were Romain Grosjean, Marcus Ericsson – another recipient of a five-second penalty – and Kevin Magnussen. Pascael Wehrlein and Nico Hulkenberg were the race’s other retirements.

Hamilton win gives him a strong chance of clinching the championship at the next race and confirms Mercedes as 2017 constructors’ champions.