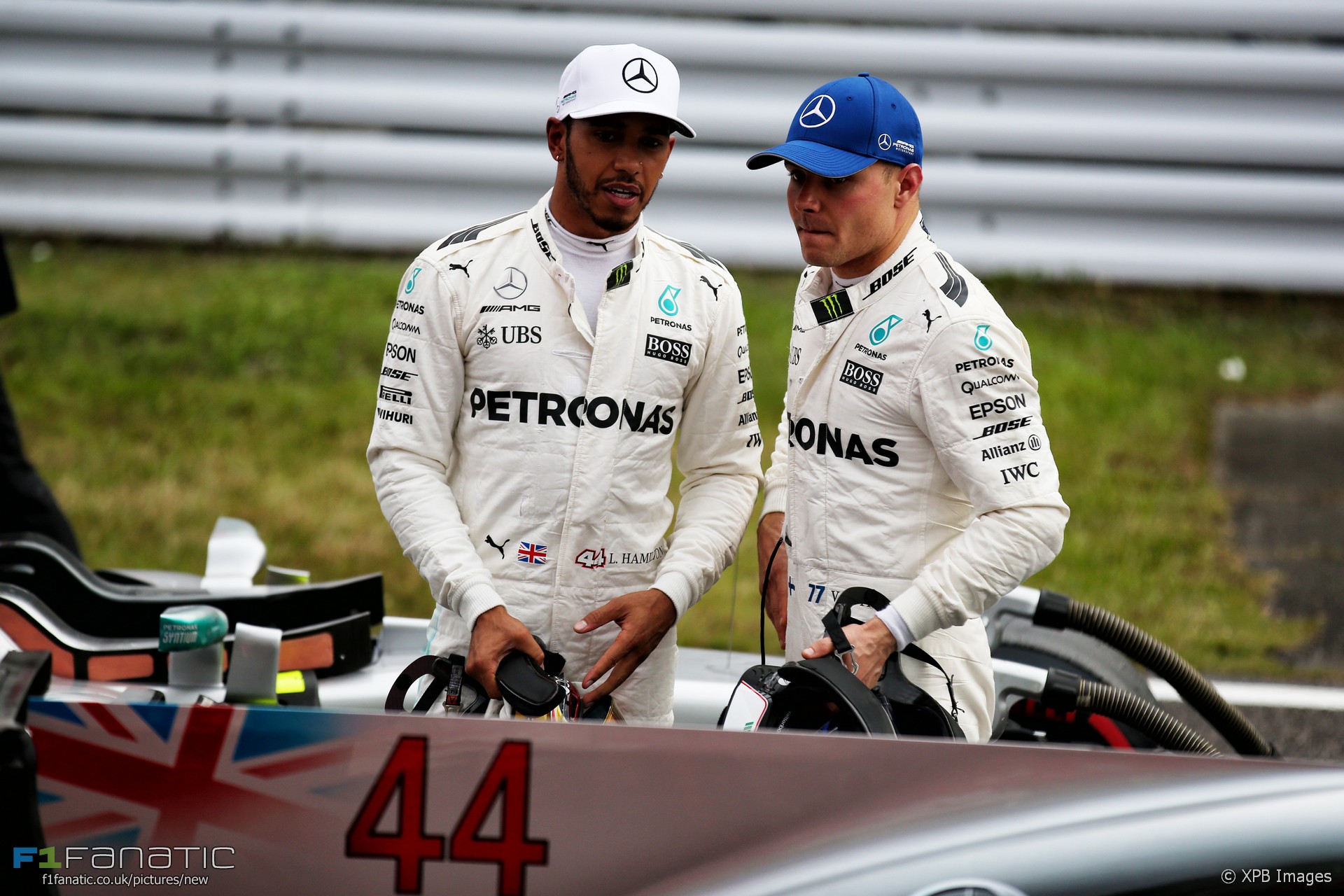 Valtteri Bottas says his Mercedes team mate Lewis Hamilton has reached a new level of competitiveness since the summer break.

The pair went into the break separated by just 19 points in the drivers’ standings. However Hamilton has won all bar one of the six races since then and has drawn 139 points clear of his team mate.

Bottas said Hamilton has “been really on it all year but especially after the summer break.”

“He’s consistently getting everything out of the car. Being able to set it up right for each track, for each conditions, that comes with experience but also hard work. He definitely deserves all the credit for his results this year.”

While Hamilton has gone from strength to strength, Bottas has had mixed results in the last few races. He says he’s “been able to pinpoint quite well” where he has gone wrong.

“There’s been some races I’ve definitely struggled more than the others,” Bottas admitted. “Some have been quite positive.”

“I think there were quite a lot of positives things even to take from the last race even though the end result was far away from optimal.”

Bottas is confident he can find his way back to the level he was at earlier this year. “It’s all about details as always in this sport,” he said.

“Some things with driving style, some things with setting up the car which I’m getting, learning all the time. So that’s why I really believe that I can get to a good level again before the end of the year.”

25 comments on “Bottas: Hamilton has raised his game since the summer”