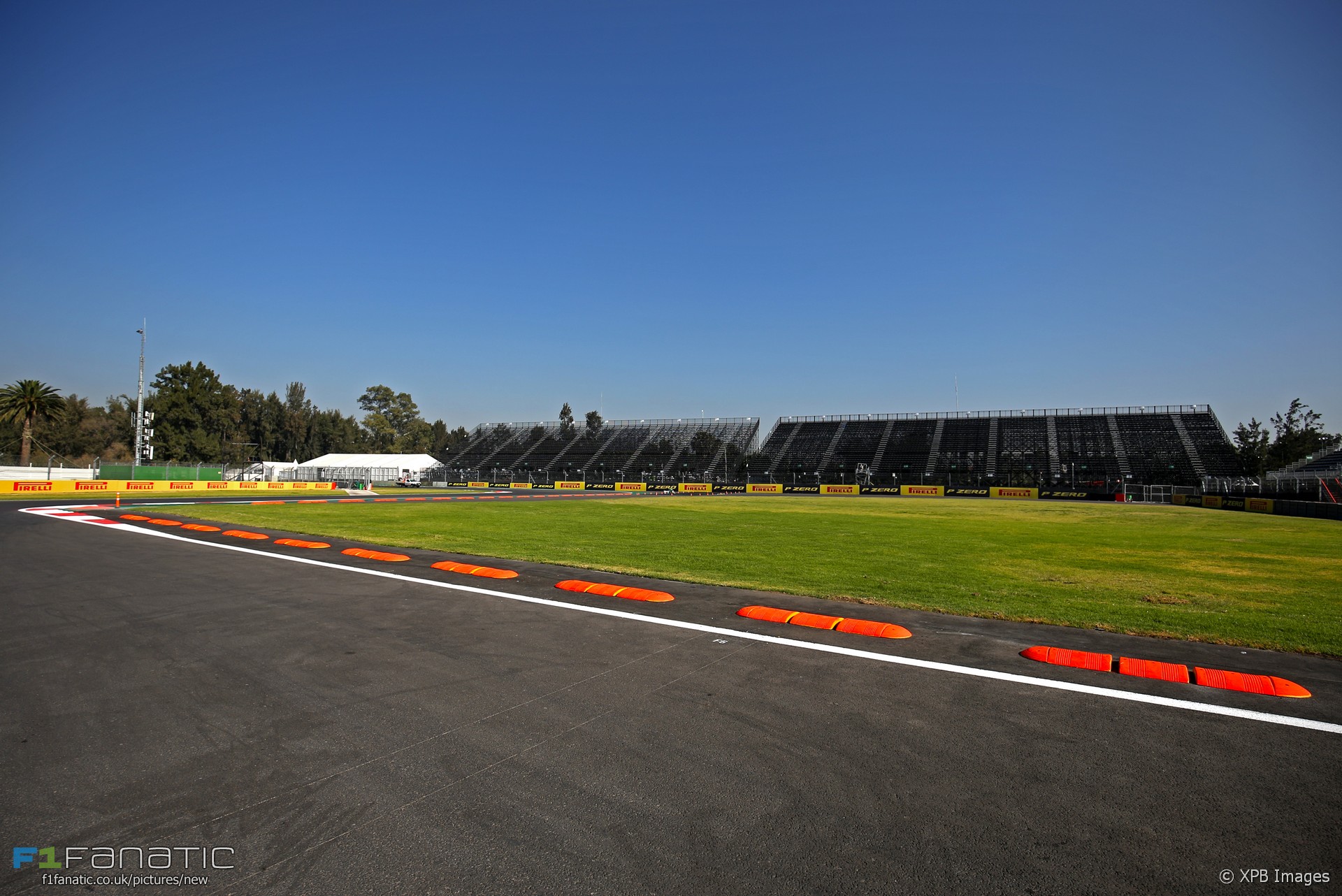 Drivers have been given new rules on respecting track limits at turn one at the Autodromo Hermanos Rodriguez following the controversy during last year’s race.

Max Verstappen was penalised for cutting the corner during last year’s race while racing Sebastian Vettel and was given a penalty which dropped him off the podium.

The two Mercedes drivers also went off at the same point on the track during the race and were not penalised. Lewis Hamilton, who cut the corner on the first lap, was accused by Nico Hulkenberg of gaining a “massive advantage”.

For this year’s race drivers must follow a prescribed route to rejoin the track if they run wide there. An additional part of the run-off at turns two and three has been covered with asphalt and speed bumps have been added to discourage drivers from cutting the corner.

Similar rules have also been put in place at turns eight and 11 where orange kerbs are being used to show how they should rejoin the track if they run wide. This approach has already been used at other tracks on the calendar include Monza and Singapore.