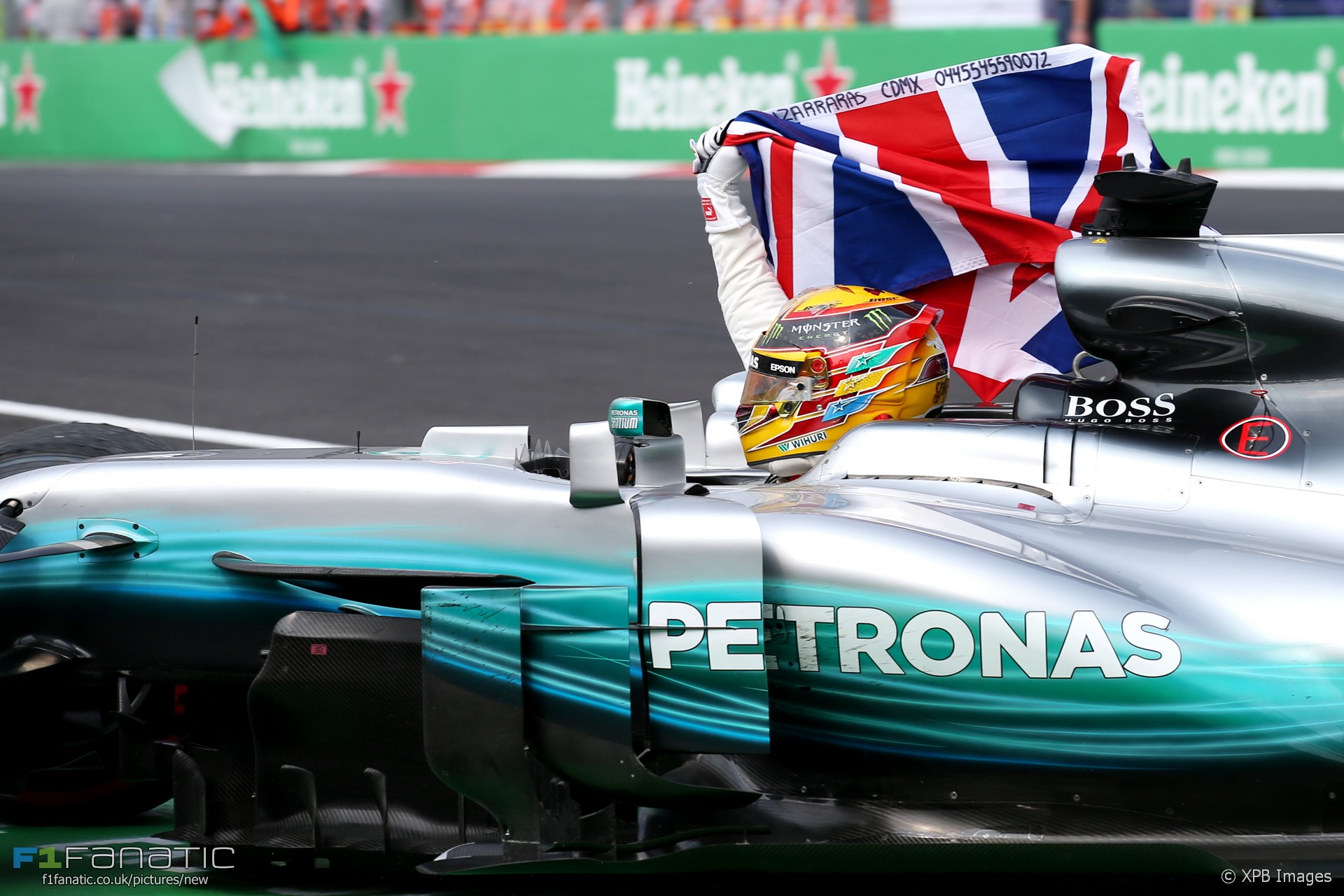 Max Verstappen won the Mexican Grand Prix and Lewis Hamilton secured the drivers championship after he and rival Sebastian Vettel clashed on the opening lap.

Vettel collided with Hamilton at turn three at the start, leaving both cars damaged and forcing them both to pit. Vettel’s fourth place finish was enough for Hamilton to secure his fourth world championship.

Hamilton finished ninth, with Valtteri Bottas taking second place ahead of Kimi Raikkonen, who rounded out the podium.

In a dramatic start, Vettel led away but came under immediate pressure at turn one from Max Verstappen. Verstappen took the outside of turn one, which became the inside of turn two, taking the lead as Vettel ran wide and was passed by Hamilton.

Vettel then clipped the right-rear tyre of Hamilton’s Mercedes exiting turn three, causing an immediate puncture for Hamilton and front wing damage on the Ferrari.

Both championship rivals were forced to pit on the opening lap and resumed at the rear of the field, with Verstappen assuming the lead from Bottas and Esteban Ocon’s Force India.

Vettel was able to make good progress back through the field, but Hamilton struggled by comparison to make on the cars ahead, dropping considerable time for Vettel and being lapped by Verstappen on lap 22.

Brendon Hartley was forced out with an engine failure on lap 32, resulting in a Virtual Safety Car period that which Hamilton and Vettel both took advantage to switch to new tyres.

Vettel was able to make his way up to fourth place, behind team mate Kimi Raikkonen, but it was not enough to prevent Lewis Hamilton from being confirmed as the 2017 Formula One world champion.

Verstappen took the chequered flag to claim his second win of the season, ahead of Valtteri Bottas and Kimi Raikkonen in third.

Esteban Ocon took fifth for Force India, ahead of Lance Stroll’s Williams in sixth and Sergio Perez in seventh. Kevin Magnussen finished eighth for Haas with Hamilton ninth and Fernando Alonso taking the final point for McLaren in tenth.