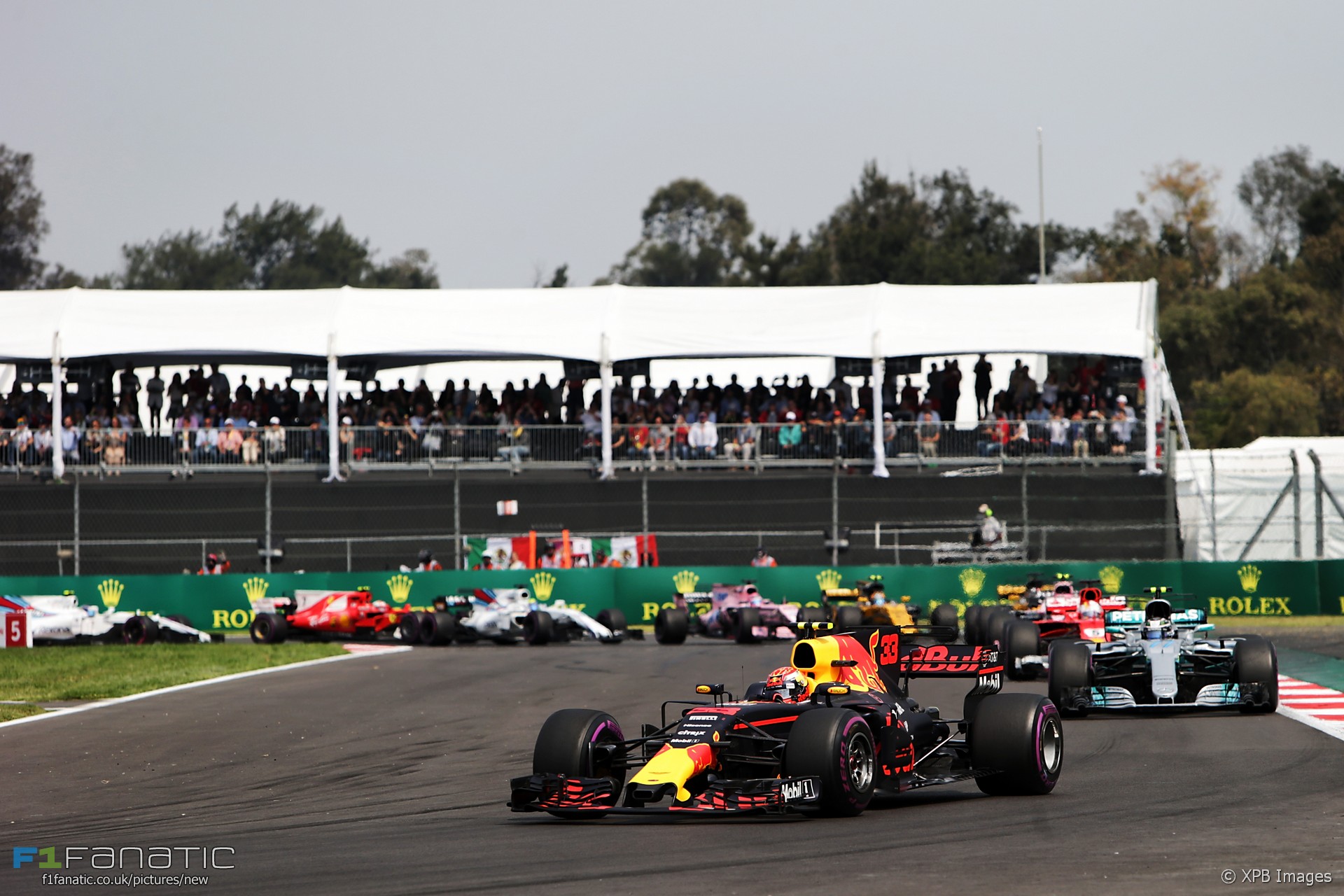 Max Verstappen says he enjoyed the ‘perfect race’ as he dominated the Mexican Grand Prix to take his second victory of the season.

Verstappen took the lead at the start after making a bold move on Sebastian Vettel and was untroubled for all 71 laps of the race, winning by almost 20 seconds from Valtteri Bottas.

“I was cruising,” says Verstappen. “It was great.

“The start was very crucial and I went around the outside and that worked out well. From there on, I was basically just looking after the tyres and the car just performed brilliantly in the race. Of course big thanks to Red Bull because without them, this was not possible. After last week, this is a perfect race.”

Verstappen was able to avoid being caught up in the drama that unfolded between Lewis Hamilton and Sebastian Vettel, who collided at turn three, forcing both title contenders to pit for repairs.

“That was good to see for me,” Verstappen says. “From then on, I just pulled away and did my race.”