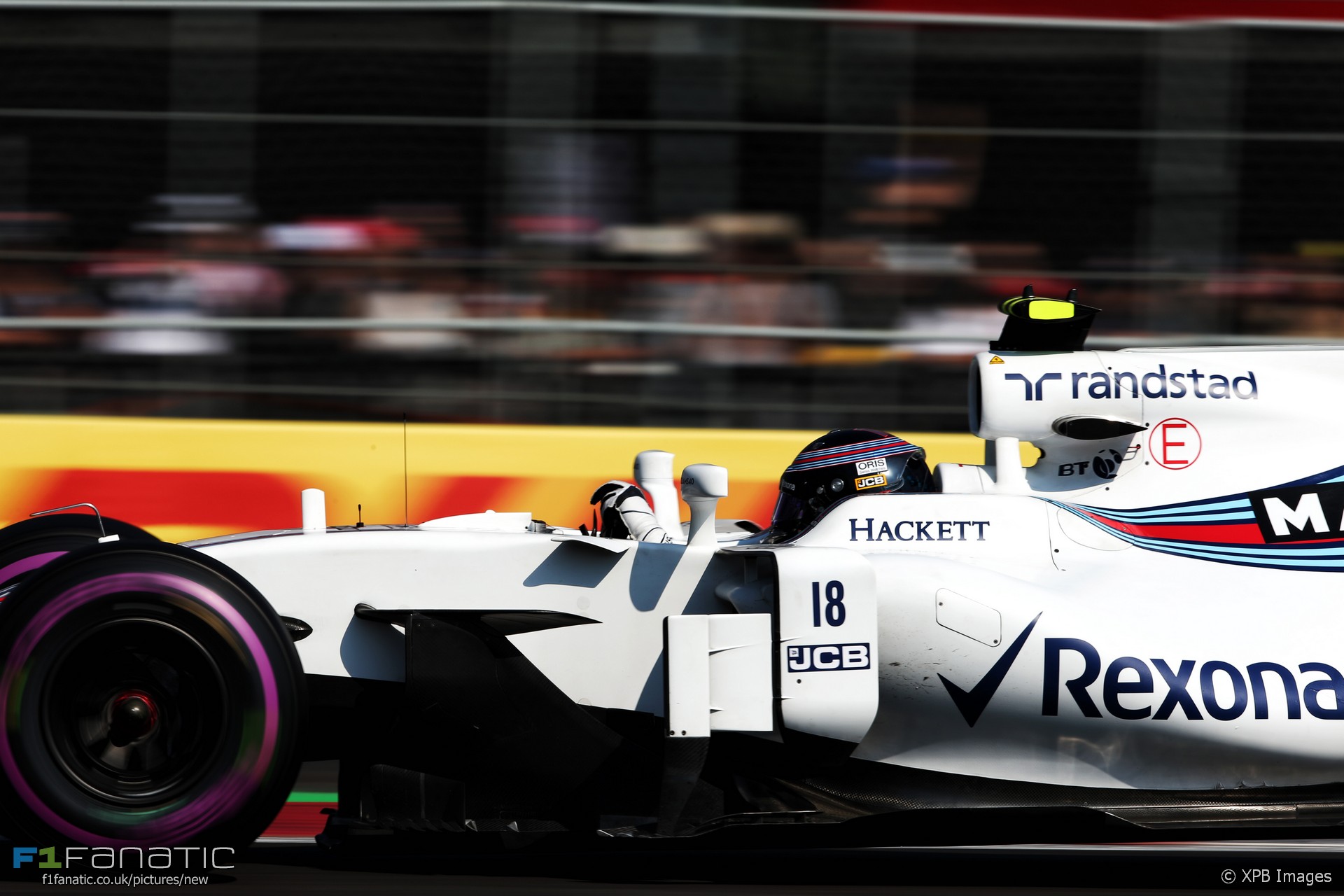 Lance Stroll says that his sixth place finish in the Mexican Grand Prix was ‘a great birthday present’.

The Williams rookie, who turned 19 years old on race day, was able to move up the field to take sixth place at the chequered flag after he started from just outside the top ten.

“I knew that we could score points from 11th today,” says Stroll. “It was a great race. I knew that we had good race pace coming into today and it was just about controlling the race and capitalising on our race pace and we did exactly that today.

“We managed to gain positions, we overcut Perez and got in front of him after the pitstop and then we were hunting down Ocon. We just missed out on getting him, I think maybe a couple of laps it would’ve been possible. But P6 on my birthday is a great present.”

Sixth place was Stroll’s fourth top ten finish from his last six races and his best result since he took a maiden podium in the Azerbaijan Grand Prix. Stroll now has more points this season than veteran team mate Felipe Massa.

“I think it’s not the first time this year that we’ve really done a good job as a team,” Stroll says.

“We went through some hard times but we’ve had some great times and today is one of those days that we need to embrace and enjoy it. A bag full of points and sixth place is pretty much all we can ask for with the car with have today. There’s a lot of positivity going forward and we really believe as a group that we can keep improving and get better and stronger.”