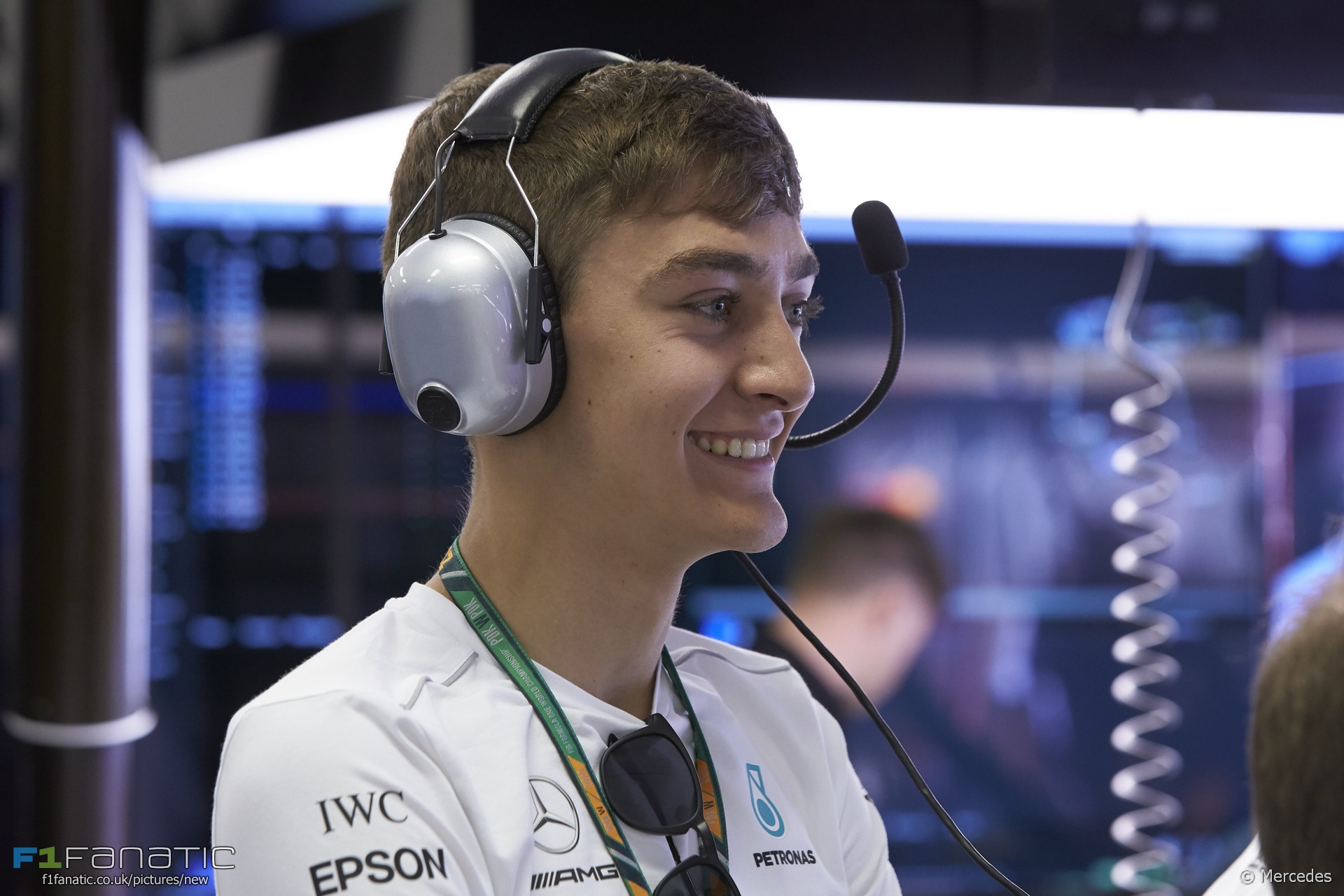 GP3 champion George Russell will make his F1 practice debut in a Force India at this weekend’s Brazilian Grand Prix.

Russell will drive Sergio Perez’s car during the Friday practice session at Interlagos. He will also drive for the team at Yas Marina, taking over Esteban Ocon’s car for the first practice session.

“I’ve never driven the VJM10 before or driven at Interlagos, but I’m really looking forward to the challenge,” said Russell.

“I would like to say a big ‘thank you’ to Sahara Force India for this opportunity and also thank Mercedes for their continued support.”

The 19-year-old has already tested for Mercedes and is part of the world champions’ young driver programme.

“George has already been in our simulator several times and has worked well with the team. Now that we have secured fourth place in the championship, it’s the ideal time to look to the future and handing George his free practice debut will allow us to evaluate his potential.”

Russell won the GP3 title at Jerez last month by pulling clear of ART team mate Jack Aitken in the championship standings. Russell has taken four wins this year, all of which have come in feature races. He also won the BRDC F4 championship in 2014 and placed third in European Formula Three last year behind Lance Stroll and Maximilian Gunther.

12 comments on “Russell gets F1 practice debut with Force India”