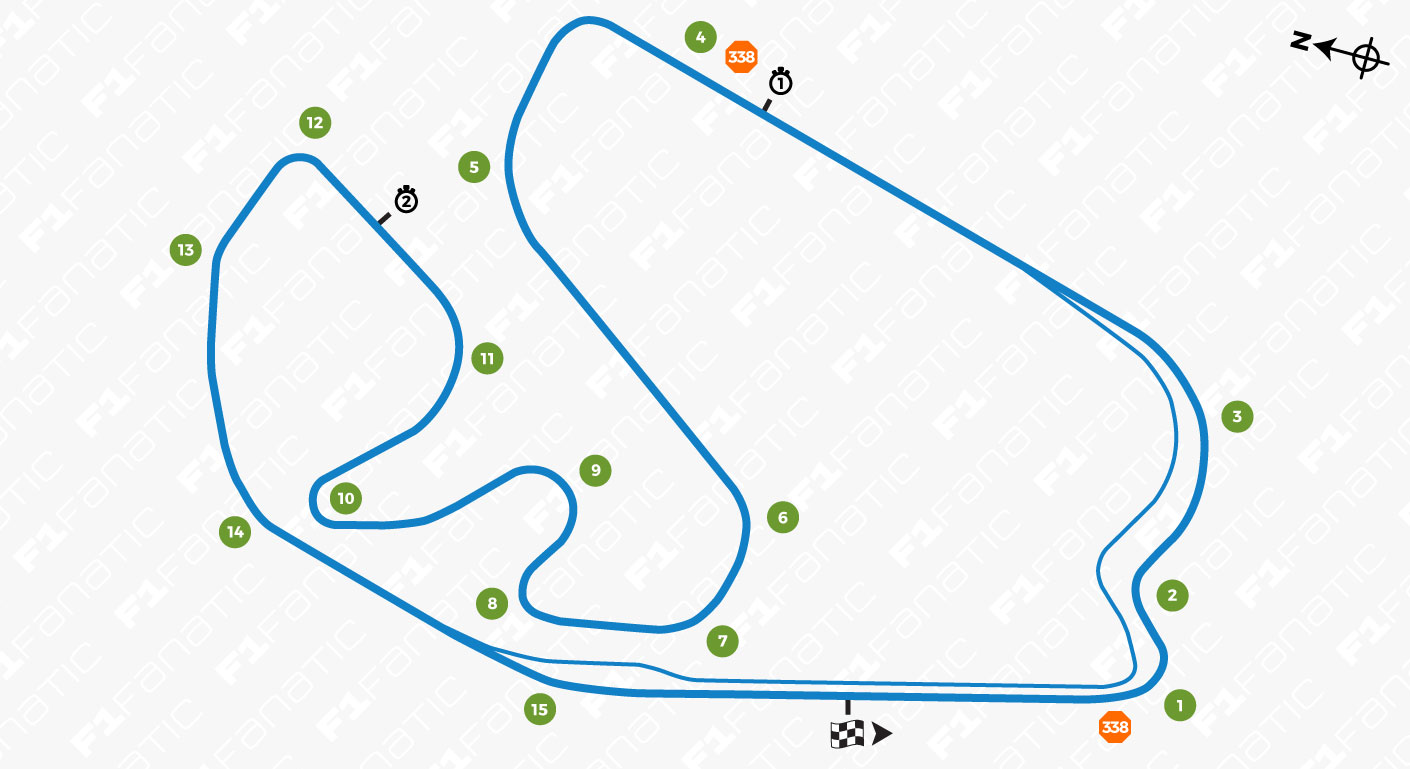 Interlagos has witnessed some of Formula One’s most extraordinary championship-deciding races of recent seasons.

As Lewis Hamilton already has the 2017 title in his pocket that can’t happen this year. But if any venue can produce a surprise, it’s this one.

The local fans who sit close to the action opposite the pits provide raucous enthusiasm. The weather can run the gamut from blazing sunshine to torrential rain.

And the track, a cut-down version of the 7.96-kilometre original, can produce spectacular racing.

This used to be the venue where F1 teams experienced the highest altitude of the season but the return of Mexico City has changed that. Air density is 10% lower than usual which does reduce the effectiveness or wings and power unit cooling, but nothing like as seriously as in Mexico where the air density drop is around 25%.

The long high-speed runs towards the first corner and down the Reta Oposta gives plenty of time for the MGU-H to charge. However the few, short braking zones in the middle of the lap are the only real chance to regain energy from the MGU-K.

The track was resurfaced three years ago which eased its problematic bumps. The kerbs were also revised and as a result lap times fell. The track record still dates from before the revisions but expect it to fall this weekend as the quickest cars will lap Interlagos in well under 70 seconds.

A lap of Interlagos

A long, curving, flat-out blast brings the drivers to the ‘Senna S’, named after Brazil’s most famous racing driver. The drivers brake hard, shedding over 200kph in a tricky, curved approach which invites them to lock a wheel.

After threading their cars through turn two, the next bend is a long acceleration zone for the Reta Oposta. These two long straights at the beginning of the lap offer the best overtaking opportunities.

The improved cornering abilities of this year’s cars will make the approach to turn four a “dab on the brakes”, according to Renault. From turn two to six the cars will be flat-out almost continuously for around 17 seconds. The approach to the double-right Ferradura, turns six and seven, will therefore be very fast, and here too the cornering ability of the new cars is likely to prove spectacular.

The slower middle part of the lap follows the contours of the old track more closely. Turn eight requires heavy braking following which drivers have to be patient with the throttle at the exit of the long turn nine (Pinheirinho). Turn ten (Bico de Pato) is the slowest on the track.

From there the drivers accelerate to turn 11, Mergulho, which plunges downhill but should be an easy flat-out corner now. The last true bend on the track, Juncao, is critical for a fast lap time, as it leads into the long acceleration zone back to the pit straight.

The pit lane entrance is approached at very high speed and was reconfigured a few years ago in the interests of safety. Even so the racing line takes driver close to the barrier where the pit lane begins. Not that this discouraged Nico Hulkenberg from making a brave pass on Kevin Magnussen at this point on the track in streaming wet conditions last year.