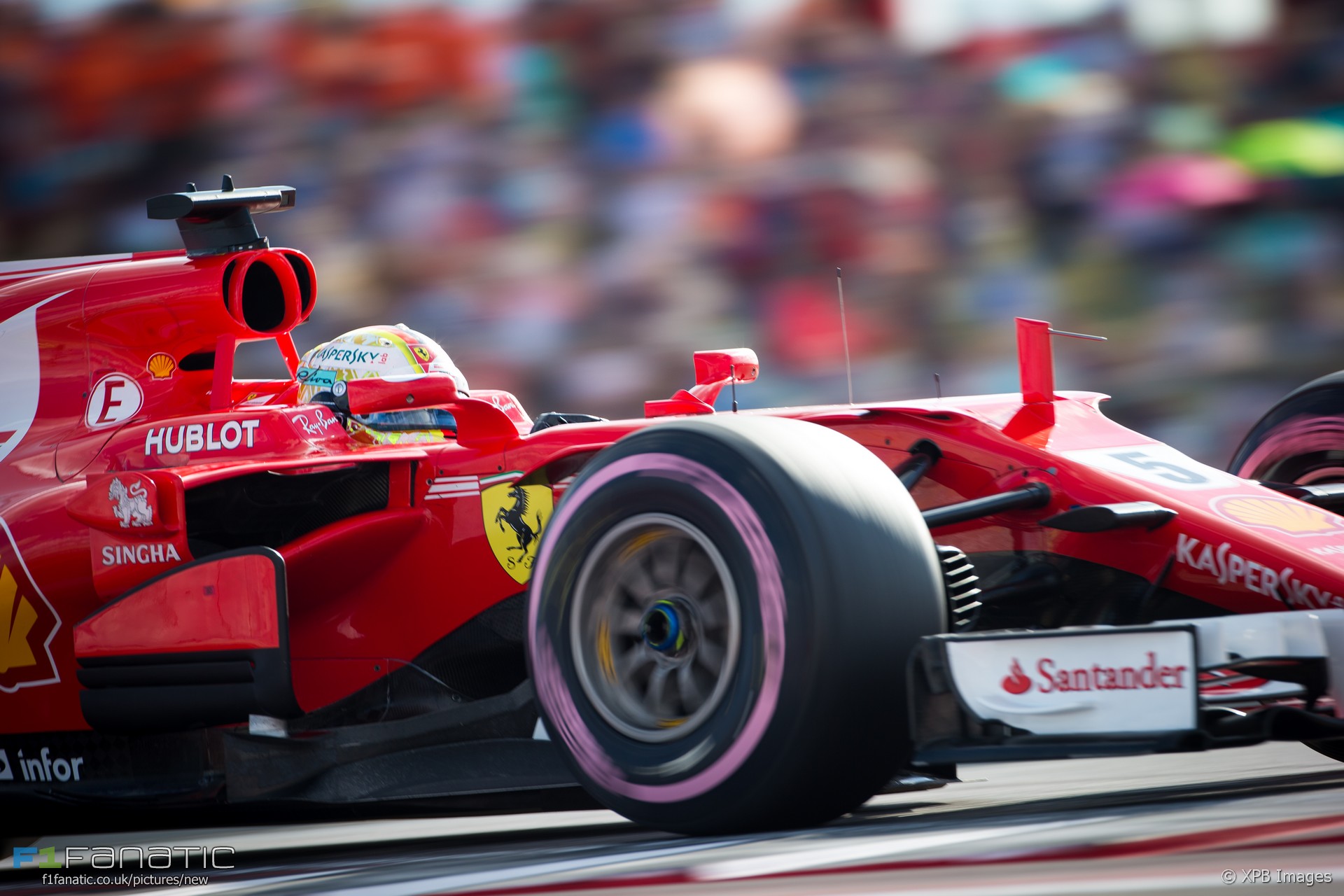 Ferrari haven’t won a race since the summer break and they’ve only got two chances left to put that right. Can they do it this weekend?

Win-less second half for Ferrari?

Ferrari have put the trauma of the Asian leg of the championship behind them. Yet it’s clear the the SF70-H is not as competitive at the end of the season as it was at the beginning.

Not only have Mercedes asserted themselves at the front of the field, the red cars now face an ever-stronger threat from Red Bull. A few races ago thigh might have looked like the kind of track which would suit Ferrari but it’s not as clear-cut now.

However Sebastian Vettel was able to take pole position last time out. If he can repeat that, the team may yet end the season with something to smile about.

Now the championship battle is over, which is the next most exciting fight in the field? Vettel versus Valtteri Bottas for runner-up spot? Realistically, no one cares who finishes second.

The best duel going now has to be the one at Force India. In Esteban Ocon versus Sergio Perez we have an exciting young upstart taking on a highly-rated, seasoned racer.

The pair have repeatedly come to blows already and are a close match on performance. They’re separated by just nine points in the drivers’ championship. Ocon could claim a major scalp by beating an established star in his first full season while Perez will be desperate to put the rookie in his place. Grab the popcorn for this one.

The rise of Red Bull

With the possible exception of McLaren-Honda, Red Bull were the surprise disappointment of the beginning of the season. The new rules appeared to suit them perfectly, yet the failed to deliver.

But their rate of progress has been excellent and, thanks to Max Verstappen, they’ve won two of the last four races on merit. If the Renault power unit was more reliable they’d be giving Ferrari a hard time for second in the constructors’ championship.

Meanwhile the team is making plans for the future and has signed up Verstappen for another year. That leaves a question mark over Daniel Ricciardo, who has borne the brunt of the team’s problems lately. Technical problems forced him out of the last two races and if he requires more new parts this weekend that will mean another grid penalty for him.

Felipe Massa said an emotional farewell to his home fans 12 months ago.

That will make his return this weekend slightly awkward. But at least he gets a chance to go out on a high, something he didn’t manage last year when he crashed out in the wet conditions.

Like Perez, Massa is at danger of ending the season behind his junior team mate. He fell behind Lance Stroll in the championship last time out – something he needs to put right.

One last seat to fill?

Massa’s impending exit leaves a vacancy at Williams which several drivers will be vying for. Not least Pascal Wehrlein, who’s had a difficult season at Sauber and who may be at risk of losing his seat to Ferrari junior Charles Leclerc.

The rest of the driver market for next year looks settled, as Toro Rosso have indicated they will keep Brendon Hartley and Pierre Gasly.

Are you going to the Brazilian Grand Prix?

If you’re heading to Brazil for this weekend’s race, we want to hear from you.

Who do you think will be the team to beat in the Brazilian Grand Prix? Have your say below.