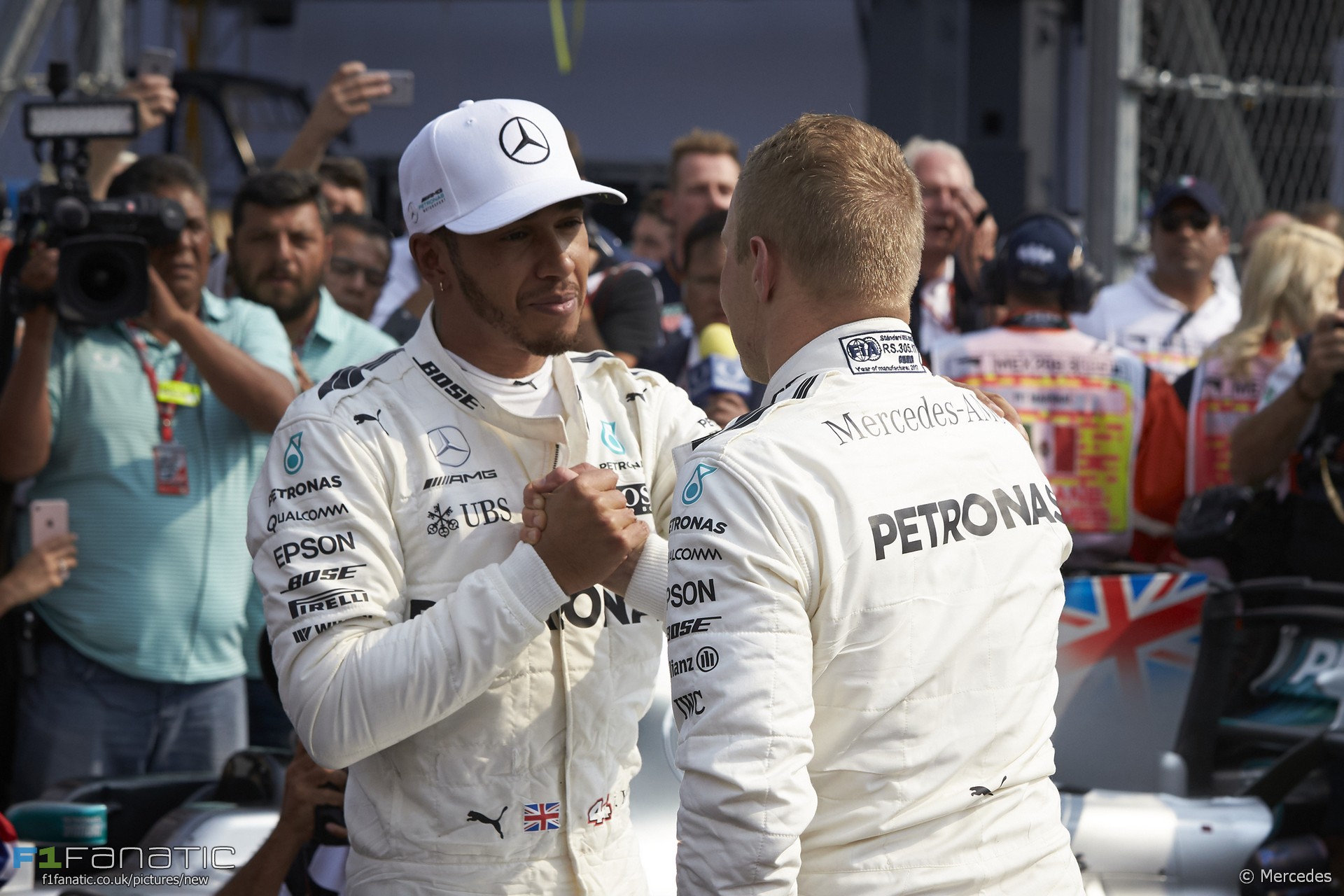 In the round-up: Lewis Hamilton says he doesn’t think Mercedes will ask him to help Valtteri Bottas beat Sebastian Vettel to second place in the drivers’ championship.

Hamilton Q&A: No backing off in Brazil (F1)

"I don’t think they are going to ask. Valtteri wants to get it on merit."

"The last three championships obviously the Mercedes has been the dominant car so they were a little bit easier, but he deserves the success that he is having now because he showed that talent many, many times."

"I'm not trying to be derogatory to NASCAR, but we don't plan to be NASCAR either. We don't want to standardise the cars."

Hamilton says fourth title has yet to sink in (Reuters)

"My team released a statement and l don’t have anything else to add to that."

"What seemed to upset a couple of manufacturers was the press release that came out following the meeting - I think they were upset that it was presented as a fait accompli. Inevitably there'll be some filibustering."

"Looking back, it's Baku that stands out. The rest I think has been okay."

"The whole package is still not the best but what is the most important for me personally is the car."

"(Ricciardo's) a big Earnhardt fan and likes NASCAR and all that stuff, so it was kind of cool to have an F1 guy that thought Dale Earnhardt Sr. was cool. So that made me a fan automatically of Daniel’s."

"They have engaged in sabre-rattling before, but there is a very serious air to Marchionne’s statement this time. Where Enzo only wanted to race, the balance sheet is now also major factor."

"When telling the shareholders that Ferrari are leaving to pursue any of the three options above, I'm certain they won’t be 'celebrating until the cows come home', they’ll likely offload stock at F1 speed."

Just completed the WETTEST track walk ever. @svandoorne is now fully up to speed on the red flag conditions, and my trainers are unlikely to have dried out before Tuesday.

Good chatting to @danielricciardo about his @NASCAR visit at the weekend. Says if offered a test over the winter he’d be in the car in a heartbeat.

There’s no entity that has brought more men to F1 than Red Bull. They operate two teams at the highest level of motorsport with the very clear idea that if you do good in junior series you’ll be among the lucky to drive for Toro Rosso and if you do good again you’ll get to drive for a team with a very good pedigree, likely on you way to win grand prix races.