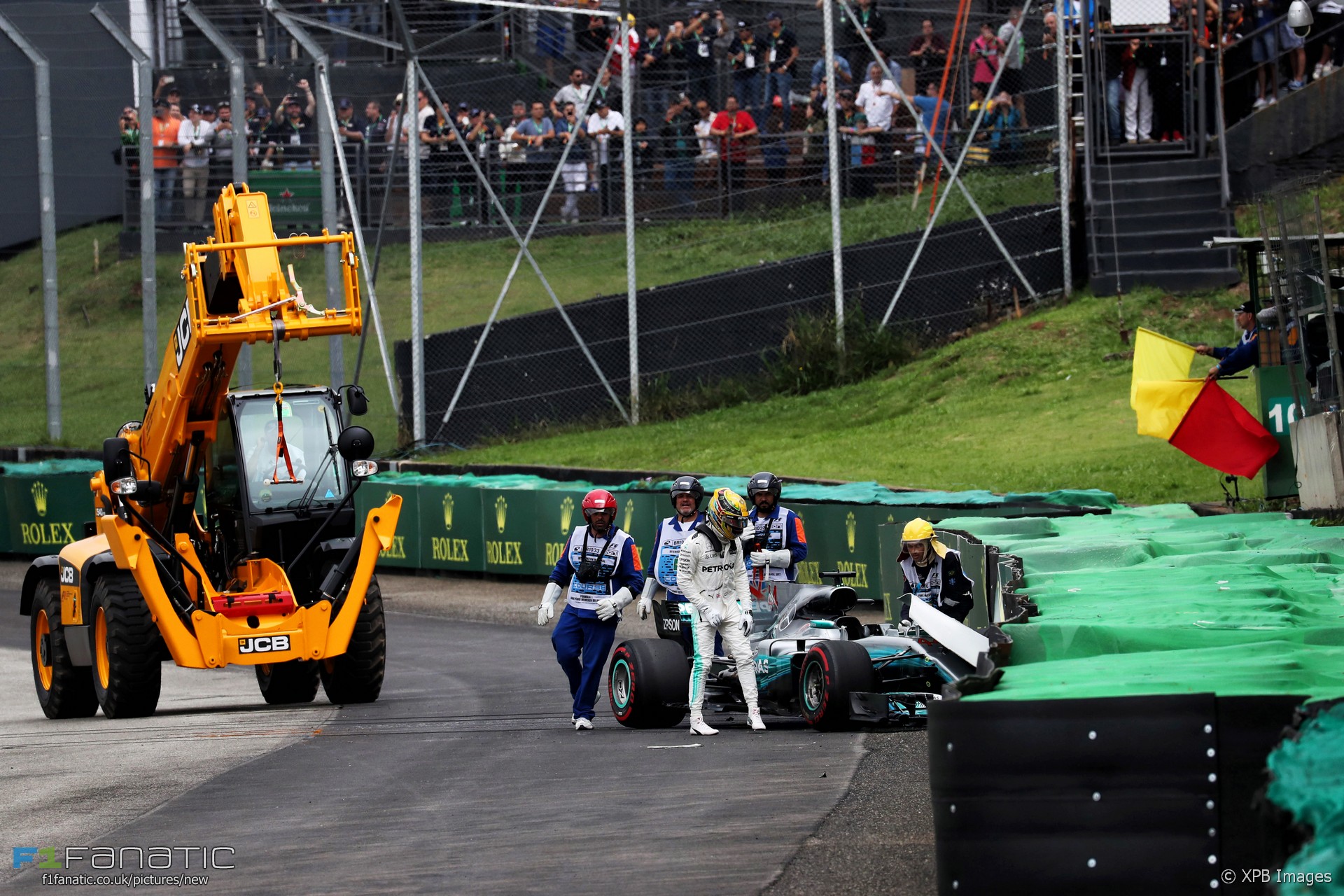 Lewis Hamilton said his crash in qualification for the Brazilian Grand Prix was “very unusual” for him.

The Mercedes driver was taken to the medical centre after he hit the barrier at Ferradura in Q1. He said he was “OK” following the crash which put him out of qualifying.

Hamilton said he didn’t know how the crash had happened. “It happened really quick,” he said.

“I tend to look at it as challenges are what make life interesting. Overcoming them makes like meaningful I guess I’m just going to try to take whatever bubble of negativity comes from that experience and move forward.”

“It’s very unusual of me but it just shows that we’re human and things happen.”

Hamilton was last in qualifying but will move forward on the grid due to other drivers’ penalties. He said he will “try to have as much fun as possible” in tomrorow’s race.

“Years ago I came from quite far behind and had a great race.”