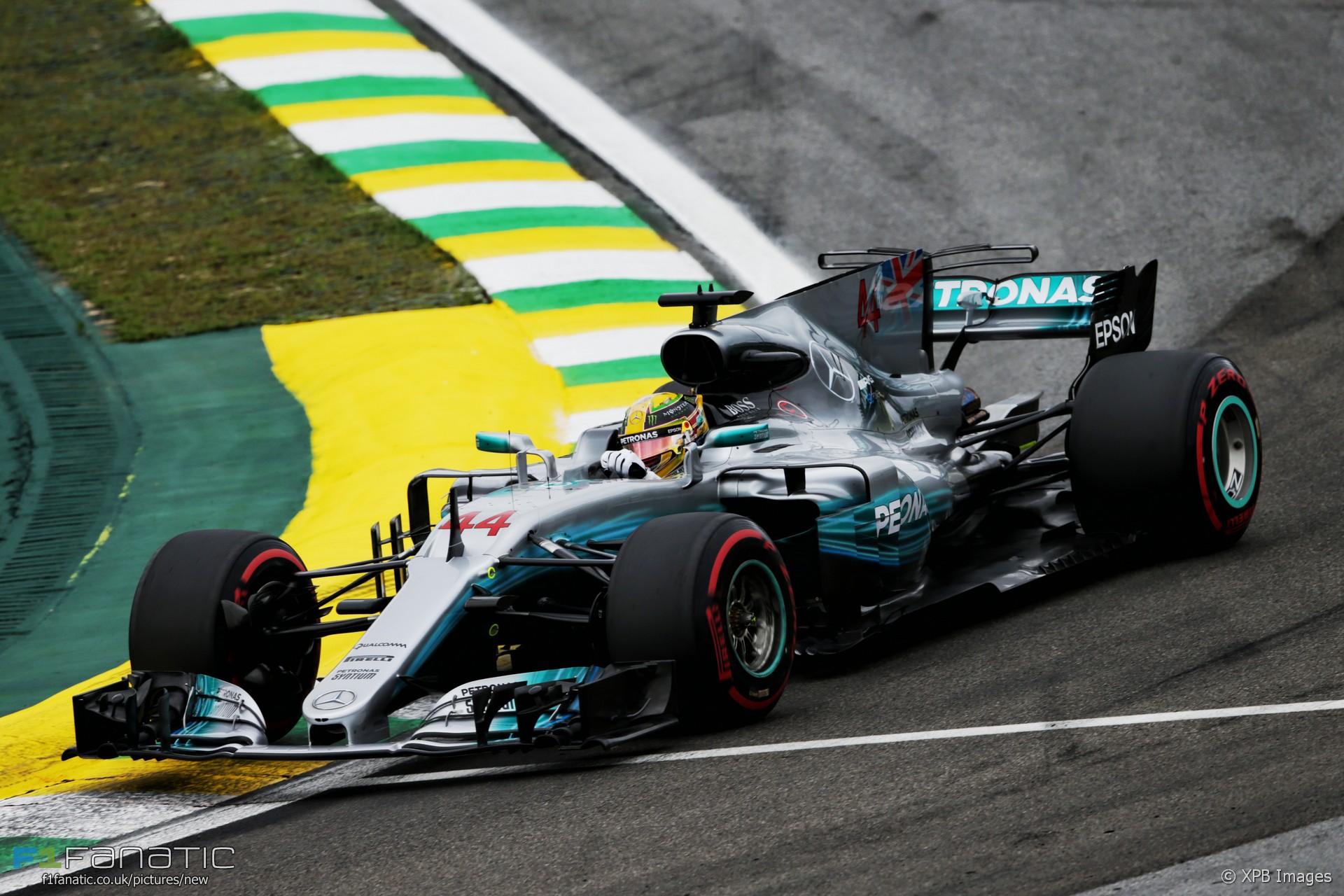 Lewis Hamilton will start the Brazilian Grand Prix from the pits so Mercedes can fit fresh parts to his car including a new power unit.

The world champion crashed during Q1 and would have had to start from the rear of the field anyway.

Mercedes has confirmed the change of parts which will require them to break the parc ferme rules and require him to start from the pits. Hamilton will take his fifth new engine, MGU-H and turbocharger.

Hamilton said he took “full responsibility” for the crash, which he was initially at a loss to explain. He spun into a barrier at Ferradura during his first flying lap of the session. As he did not set a time he will require permission from the stewards to take part in the race but as he demonstrated competitive pace in practice this is likely to be a formality.

Hamilton’s team mate Valtteri Bottas took pole position for the race. Team executive director Toto Wolff paid tribute to him and his mechanics, some of which were the victims of an armed mugging on Friday evening.

“A brilliant job from Valtteri,” said Wolff. “It was a great lap from Sebastian [Vettel] in Q3, so Valtteri had to pull out all the stops to claim pole position.”

“After a tough night for a number of our boys following yesterday evening’s incident this was the perfect reward for their professionalism and dedication,” he added.

“It was a tough session for Lewis and obviously very unusual to see him not set a time in qualifying.”