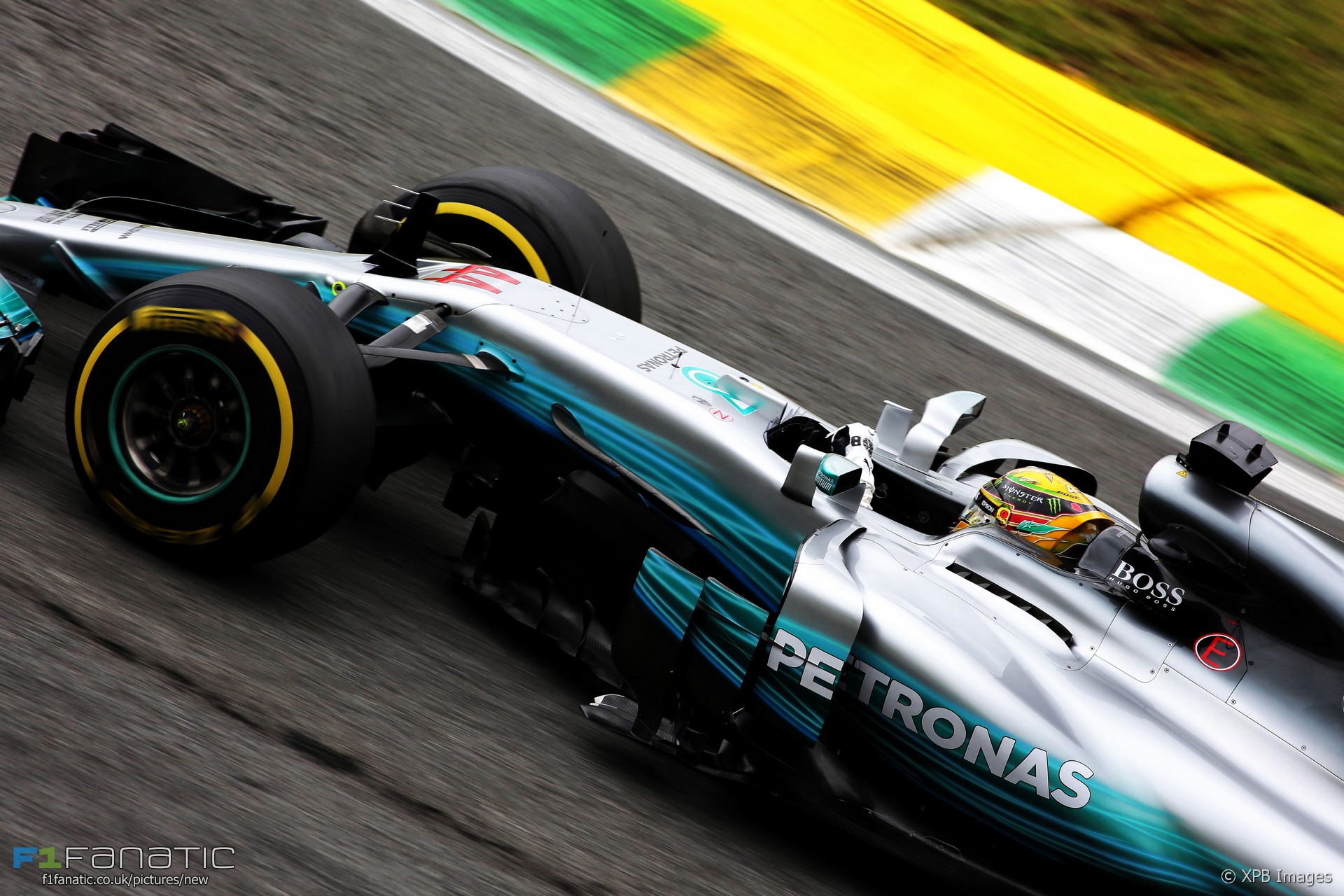 The middle sector at Interlagos accounts for half of the total lap time around the track. But it’s in this sinuous section that the current generation of cars have gained the most lap time.

The cars are taking 1.68 seconds less to cover the dash from turn four to 11 than they did last year. Around the other half of the lap, which is dominated by long straights, they’ve picking up just over seven-tenths of a second.

Once again the track record fell this weekend. Valtteri Bottas set pole position with a lap of 1’08.322 which is exactly one-and-a-half seconds faster than the previous record set 13 years ago by Rubens Barrichello:

Despite the fairly short lap, the total time gain by the quickest cars compared to last year is almost two-and-a-half seconds:

But although Mercedes have taken pole position, this is another track where it’s clear how much progress their rivals have made this year. Only Haas has made a smaller year-on-year lap time than the champions