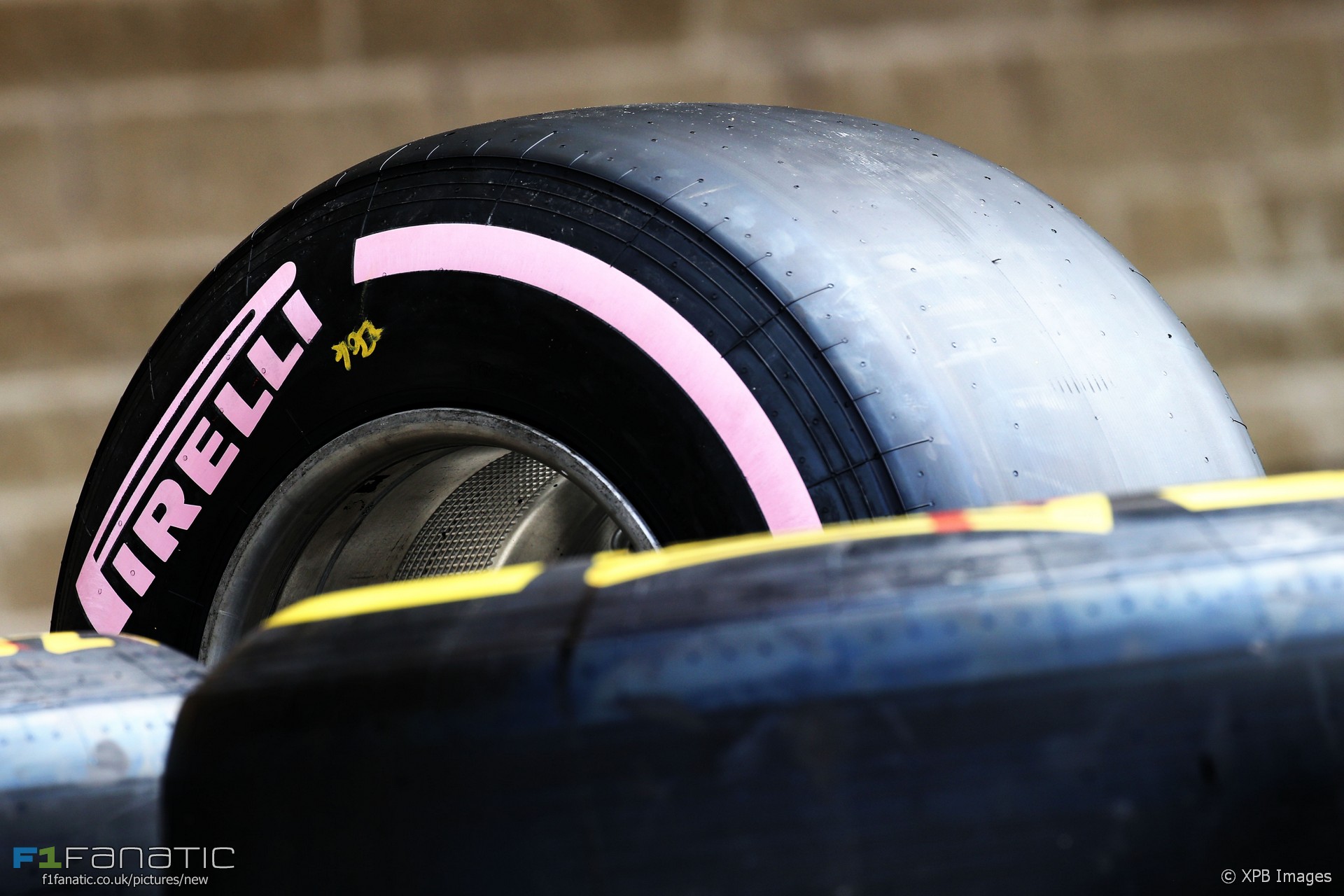 Pirelli has confirmed the new tyre compound it will introduce in 2018 will be coloured pink.

The softer tyre will be the sixth dry-weather slick compound in their range. It is to join the ultra-soft (purple), super-soft (red), soft (yellow), medium (white) and hard (orange). The intermediate and wet weather tyres are green and blue respectively.

The name for its new tyre has not yet been chosen and fans have been invited to submit their suggestions. Pirelli has proposed ‘megasoft’, ‘extremesoft’ and ‘hypersoft’ as options.

Pirelli will remain at Interlagos following this weekend’s race to conduct a tyre test with McLaren. A further tyre test will be held following the season finale at Yas Marina.

The next generation of tyre has a colour, but no name. Any suggestions? #Pink4F1 @alo_oficial @McLarenF1 pic.twitter.com/YEmL2EtrHn

We need your help in naming the new Pirelli pink #F1 tyre! Should it be MEGASOFT,
HYPERSOFT or EXTREMESOFT? Respond by tweeting us A, B or C! 🏁 #Pink4F1 pic.twitter.com/rIPEjxjHWF