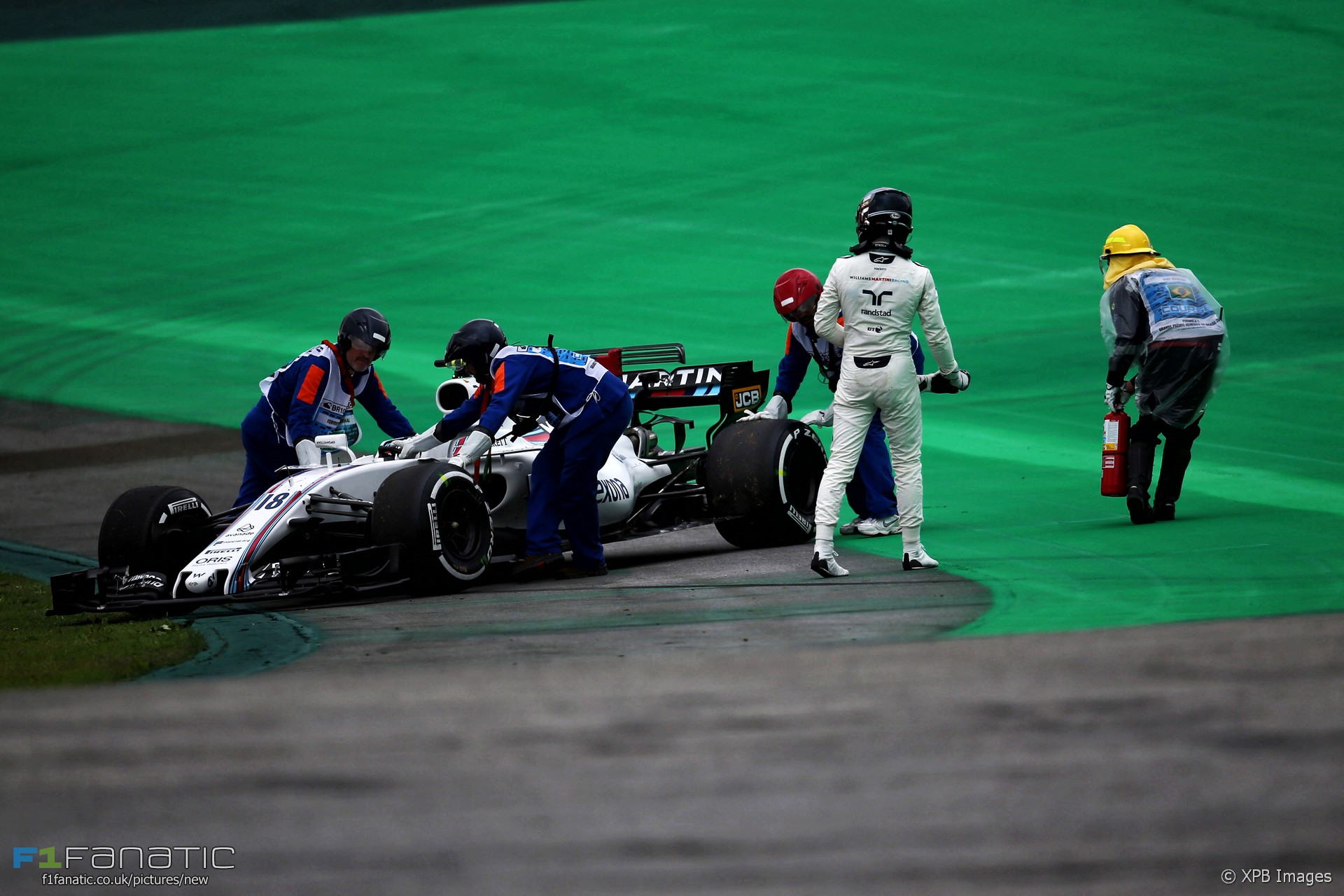 Lance Stroll lamented a miserable weekend at Interlagos after coming home last of those still running.

The Williams driver’s Brazilian Grand Prix took a turn for the worse on Saturday morning when a failure on his gearbox caused damage to his power unit. As this was his fourth of the season Williams switched him back to his third unit which is of an older specification.

“Everything has been bad this weekend,” said Stroll. “It was very hard for me, because with the power unit we changed to after a problem in FP3, we had no qualifying mode, so I was running the old spec power unit and was losing time, lap after lap.”

Stroll failed to progress beyond the first round of qualifying, lined up 16th, and then stalled. He managed to get away and was running 13th when the Safety Car came in.

Late in the race Stroll told his team one of his tyres had become damaged.

“I had a flat spot and I knew there was going to be a problem,” he said. “I had [Romain] Grosjean on old tyres, I had DRS but I didn’t have enough drive to get alongside him so I had to dive and then you risk a flat spot and that is just what happened.”

The front-left tyre failed and delaminated, forcing Stroll to make a second pit stop and leaving him last.

“It has been a tough weekend and now I am just looking forward to Abu Dhabi,” he said.