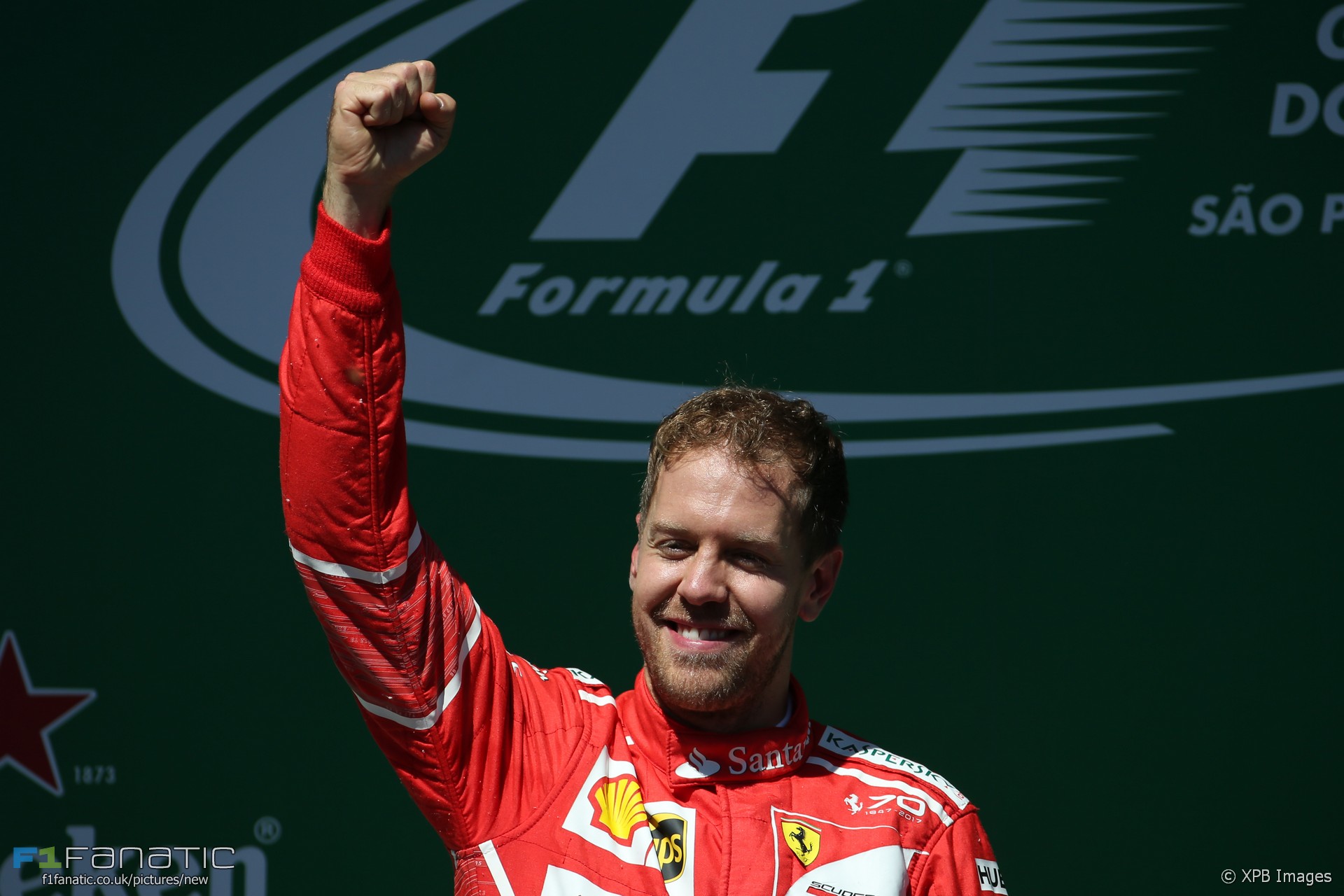 Sebastian Vettel won the Brazilian Grand Prix after passing Valtteri Bottas at the start of the race.

The Ferrari driver got away better when the lights went out and beat the Mercedes to turn one. He never looked back from that point, though Lewis Hamilton led several laps at the middle of the race after starting from the pit lane.

Bottas nearly jumped ahead of Vettel when the pair made their pit stops in the middle of the race. But once Vettel came out ahead he never came under threat again.

Hamilton ran a long opening stint on the soft tyres to bring himself into contention. After switching to super-softs he easily passed Max Verstappen for fourth place. He caught Kimi Raikkonen with four laps to go but despite several attempts he wasn’t able to pass the Ferrari. Raikkonen therefore joined his team mate and Valtteri Bottas on the podium.

Hamilton’s cause was aided by a pair of first lap crashes which eliminated three drivers from the race and brought the Safety Car out for five laps. Kevin Magnussen and Stoffel Vandoorne retired after tangling at turn one, then Romain Grosjean took Esteban Ocon out at Ferradura. The Haas driver received a ten-second time penalty.

Verstappen finished fifth after making a late pit stop for another set of super-soft tyres. Team mate Daniel Ricciardo took sixth despite taking a hit from Vandoorne at the start which left him pointing the wrong way at turn two.

Felipe Massa finished ‘best of the rest’ in his final home race, chased hard by Fernando Alonso and Sergio Perez. The trio were covered by less than seven-tenths of a second at the end of the race. The lapped Nico Hulkenberg took the final point.