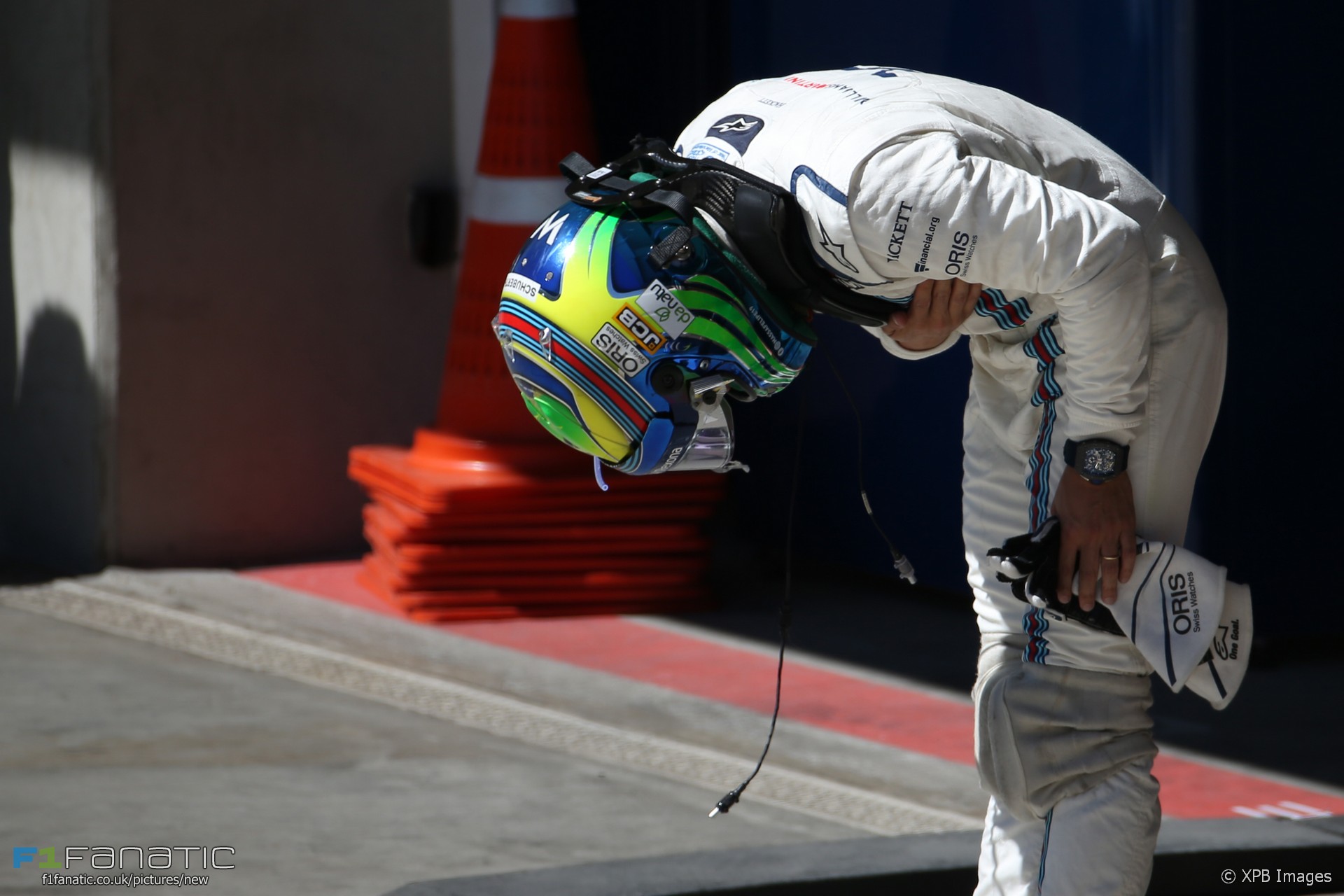 It wasn’t a perfect weekend for Vettel – he could have wrung another 39 thousandths of a second from the SF70-H for pole position – but even so he grabbed victory in a race Mercedes should have won.

A great start and tidy first-corner pass put him on course to win, but he never had a very comfortable margin over Valtteri Bottas. A slip=up would have been costly, but none ever came.

Racing in front of his home crowd for the final time (again), Massa gave a very good account of himself in what has otherwise been a forgettable season. He made the cut for Q3 and started superbly, passing both Renaults and Sergio Perez. When the Safety Car came in he got the jump on Fernando Alonso, too.

From there on it was a question of hanging on to what he had gained. He wasn’t a match for the two cars behind him on pace but he had enough straight-line speed to keep Alonso at arm’s length.

Stroll didn’t look in great shape on Friday and misfortune intervened on Saturday. A gearbox problem forced him to switch to an older power unit and he wasn’t able to use the high performance engine mode in qualifying. He dropped out in Q1.

His pace on the super-softs wasn’t bad but he struggled on the soft tyres, locking one of them badly enough to cause a delamination which forced him into the pits. He came home last.

From 11th on the grid, points were a possibility for Grosjean. Keeping Esteban Ocon behind at the start was obviously vital to his strategy, but going into Ferradura he lost control and wiped them both out, ending Ocon’s race and ruining his. Grosjean later blamed the accident on a puncture.

Between Bottas’ performance on Saturday and Hamilton’s on Sunday, it’s not hard to see how Mercedes could have won this one. Shortfalls from both drivers meant they didn’t. Kimi Raikkonen took another podium finish but didn’t have the pace on the super-softs to contend for victory.

The Red Bull drivers were both limited by performance restrictions and, in Daniel Ricciardo’s case, reliability problems. Max Verstappen did a better job in qualifying but a top four finish never looked likely.

Alonso battled in vain to get himself back ahead of Massa while Perez rued losing out in his first corner fight with the McLaren driver. Stoffel Vandoorne’s day ended early, as did Kevin Magnussen’s.

Nico Hulkenberg had a straightforward race and bagged his first point since Belgium. Carlos Sainz Jnr in the other Renault picked up floor damage at the start but finished just over six seconds behind his team mate.

Both Toro Rosso drivers had power unit penalties and Brendon Hartley was stopped by another problem in the race. Pierre Gasly’s car kept going to the flag – almost. He lost power with a few hundred metres to go, but did will to recover 12th from the back row of the grid.

The two Sauber drivers pitted under the early Safety Car after which Pascal Wehrlein gambled on finishing the race without another pit stop. He made it, but was passed by Marcus Ericsson, who had pitted again, before the flag.