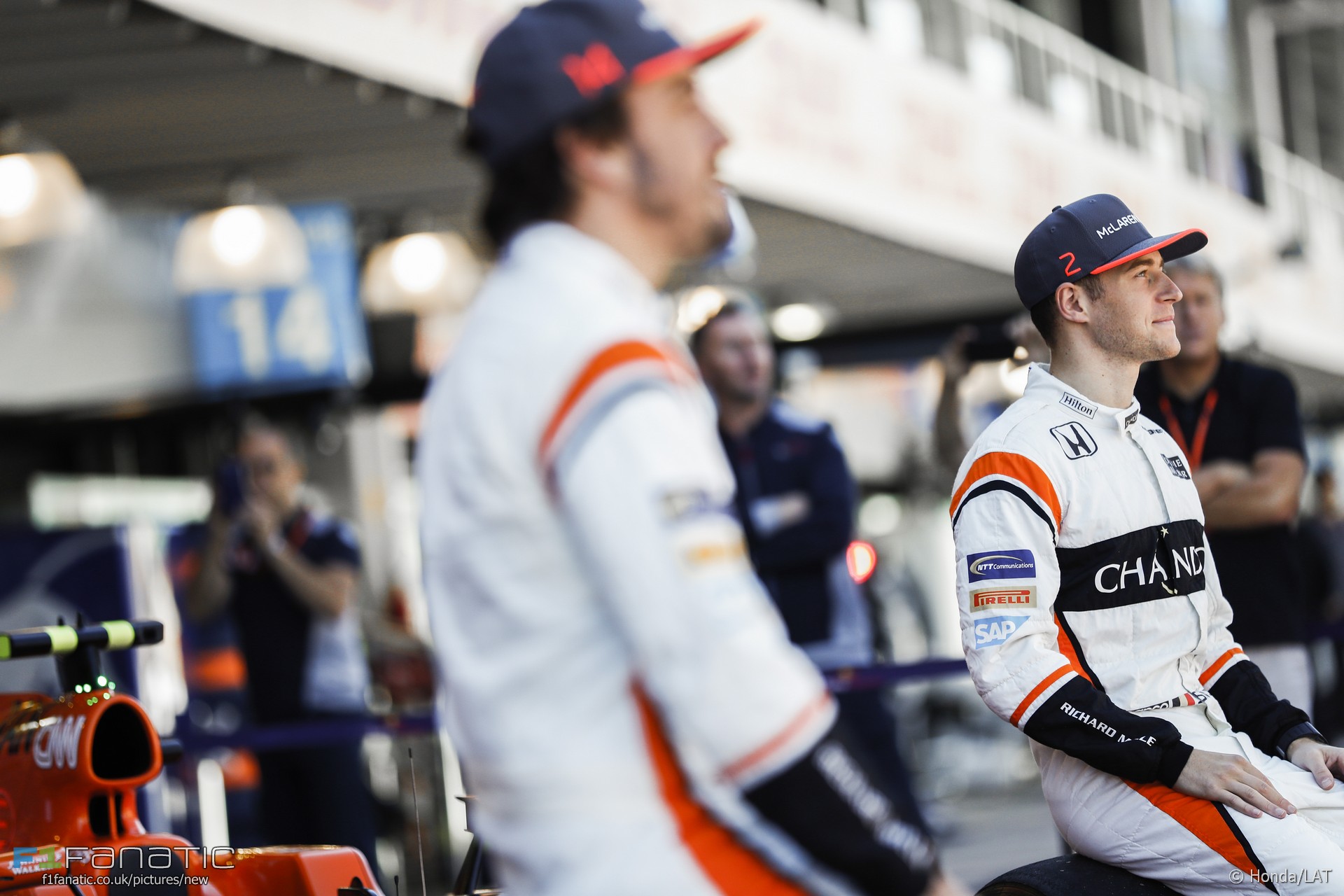 In the round-up: Stoffel Vandoorne says he’s performed strongly as Fernando Alonso’s team mate in his first full season in Formula One.

"I fared very well against Fernando. Yes, the race results were not as expected, but having a super strong team mate is a well known value in the paddock."

"The Sao Paulo mayor, Joao Doria, said: 'I’ve seen worse cases at other race tracks', although it is hard to imagine quite where he means."

"I think Lewis the whole year has been rock and roll, and Valtteri has recovered slowly but still needs the tick of a killer."

Brundle: Strange battles on and off the track in Brazil (Sky)

"I think once Bernie lost Max Mosley from his side, as much as I thoroughly disliked being around F1 politics at that time, the teams and especially the manufacturers became too strong thereafter, and we've ended up with an F1 today which is not as engaging as it needs to be in a fast-changing media, sporting and technical world, and is far from future-proof."

"Too many times there's been decisions made from the hip. And perhaps it's not going fast enough for Niki's liking, but I think the approach they are taking is the right approach."

"Interestingly, their share price dropped after Marchionne issued his threat."

"I can't rule it out at the moment (racing in NASCAR). I also just want to make an appearance in Talladega Nights 2, and I think I'd have to be in NASCAR for that."

Love how embarrassed @tedkravitz was when I yelled 'rooster' at him across the airport. No offence from me, I would buy your mate a beer 👊😂

Please please please PLEASE STOP cutting away to pits or crowd shots during on-track action during live coverage. We missed Marquez's lowside @MotoGP on highlights. It is the worsttt thing in modern racing coverage

F1 should be a meritocracy, if you build a good car you should win races. Yes it’s maybe not super exciting every week but it gives the sport legitimacy, someone in a bad car shouldn’t expect to win in a dry, clean race.

There are plenty of series with crazy races where anyone can win, but then great cars and drivers don’t shine. F1 needs to have the best cars, that means constructors need to compete with each other which inevitably means sometimes one team will nail their car and clean up, it’s up to the other’s to catch up.

I’m definitely in favour of sorting out the stupid prize money to make it more fair, but I’m not sure about budget caps or spec parts, it limits where teams can innovate. I loved F1 when smaller teams could gain performance by innovating areas other teams had ignored (side skirts, turbos, f-ducts etc).

Renault and Honda can’t really up their game because the engine designs are so prescriptive and they’re behind in development when compared to Ferrari or Merc. If we want many engine providers just limit things like fuel flow and a fuel limit then give them the freedom to design a W16 or a V12 or whatever they want to catch up. That’ll engage the fans with the technical side and keep true to F1’s DNA.
Hucumber

75 comments on “Vandoorne says he “fared very well” against Alonso”