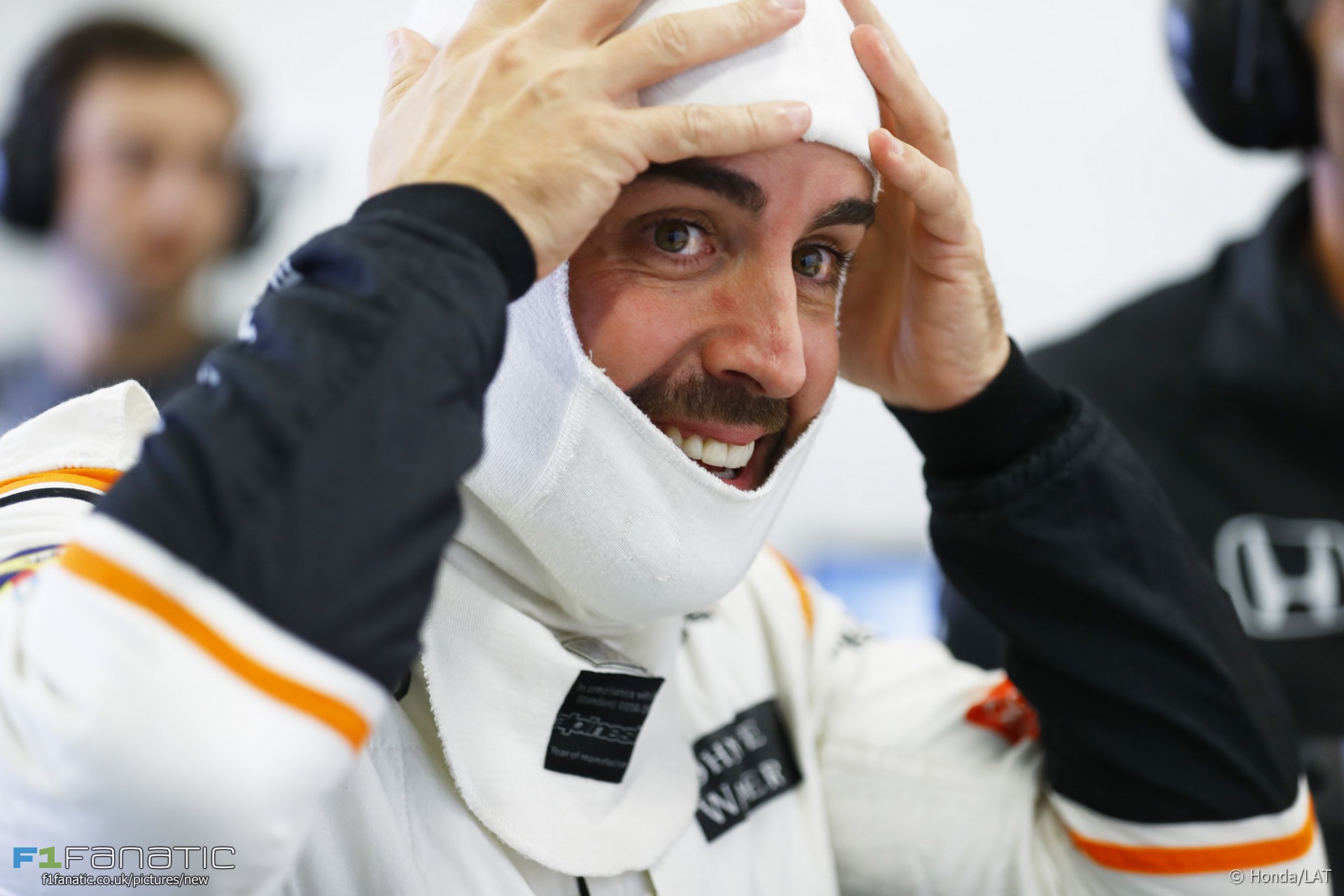 The news is the clearest sign yet that the two-times world champion is seriously considering an entry in the 2018 Le Mans 24 Hours with the Japanese manufacturer. Alonso is present in Bahrain for this weekend’s World Endurance Championship season finale.

“We are very excited that Fernando will test our car,” said team president Hisatake Murata.

Alonso visited Toyota’s factory in Germany 11 days ago for a seat fitting. “When he visited us in Cologne everyone who met him could sense his enthusiasm and passion for our sport.” added Murata. “He is a true racer.”

“We very much respect his interest in different forms of motorsport and it is a pleasure to offer him this chance to drive a hybrid LMP1 car. It will be interesting to hear his feedback on the TS050.”

Alonso has set himself the goal of winning motor racing’s ‘triple crown’ which consists of Formula One’s Monaco Grand Prix, IndyCar’s Indianapolis 500 and the Le Mans 24 Hours, which is part of the World Endurance Championship. Alonso has already won in Monaco and led this year’s Indianapolis 500 before retiring.

McLaren’s engine supplier Honda is believed to have vetoed Alonso’s participation in the race with Porsche in 2015. However next week’s Abu Dhabi Grand Prix will be McLaren’s last race with the Japanese manufacturer before switching to Renault power for 2018.

Alonso’s participation in one 24-hour endurance race next year has already been confirmed. He will race in the Daytona 24 Hours, sharing an LMP2 Ligier JS P217 with Lando Norris and Paul di Resta. The car will be run by McLaren CEO Zak Brown’s United Autosports team.