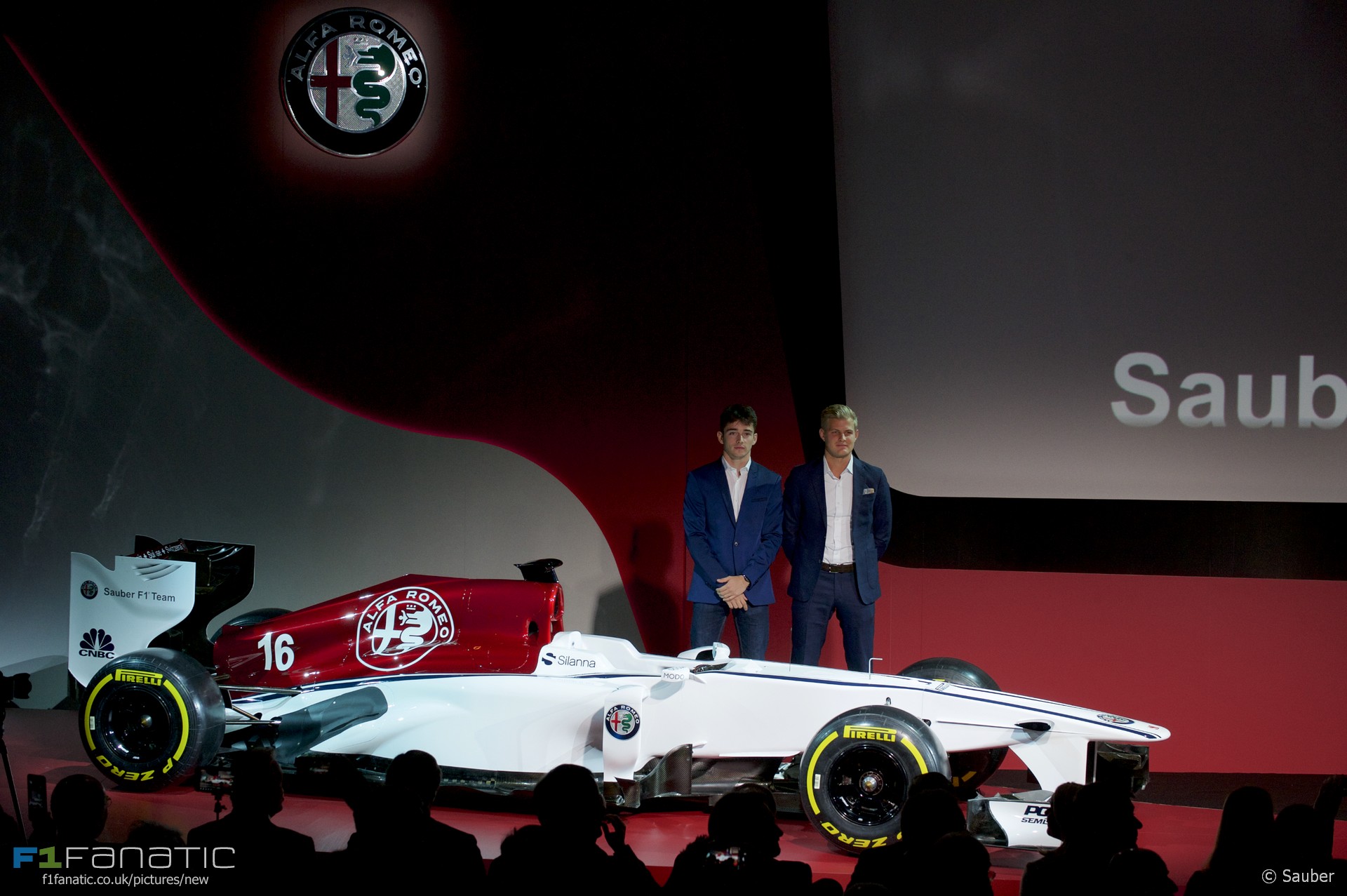 Ferrari junior driver Charles Leclerc will make his Formula One debut with Sauber next season, the team has confirmed.

The 20-year-old dominated this year’s Formula Two (formerly GP2) championship and clinched the title with three races to spare. The previous year he won the GP3 series.

“It was a great experience to drive a few FP1 sessions and tyre tests for the Sauber F1 Team in 2017,” said Leclerc. “The team welcomed me straight away.”

“It is a great working environment, and I already feel confident and comfortable here. In 2018, my aim will be to gain more experience in Formula One, and to bring as much value to the team as possible in return.”

Team principal Frederic Vassuer said Leclerc had “proven his talent in several racing series” and “convinced the team with his professionalism and charisma” in his practice runs for them.

The team announced Leclerc will drive for the team alongside Marcus Ericsson, who has driven for them for the last three years.

“It is a great honour for me to be driving for this team in 2018,” said Ericsson. “I am excited and proud to be part of this promising journey.”

“I am confident that I can add to the knowledge and experience of the team. This winter is going to be very busy, and it will be important to push the development of the car in order to have a good start to the season. I am optimistic, that 2018 can be a big step and a good chance for us to move up in the field.”

Leclerc’s arrival means Pascal Wehrlein has lost his place after one year at the team. Wehrlein scored the team’s only points finishes this year in Spain and Azerbaijan.

90 comments on “Leclerc secures Sauber drive alongside Ericsson for 2018”