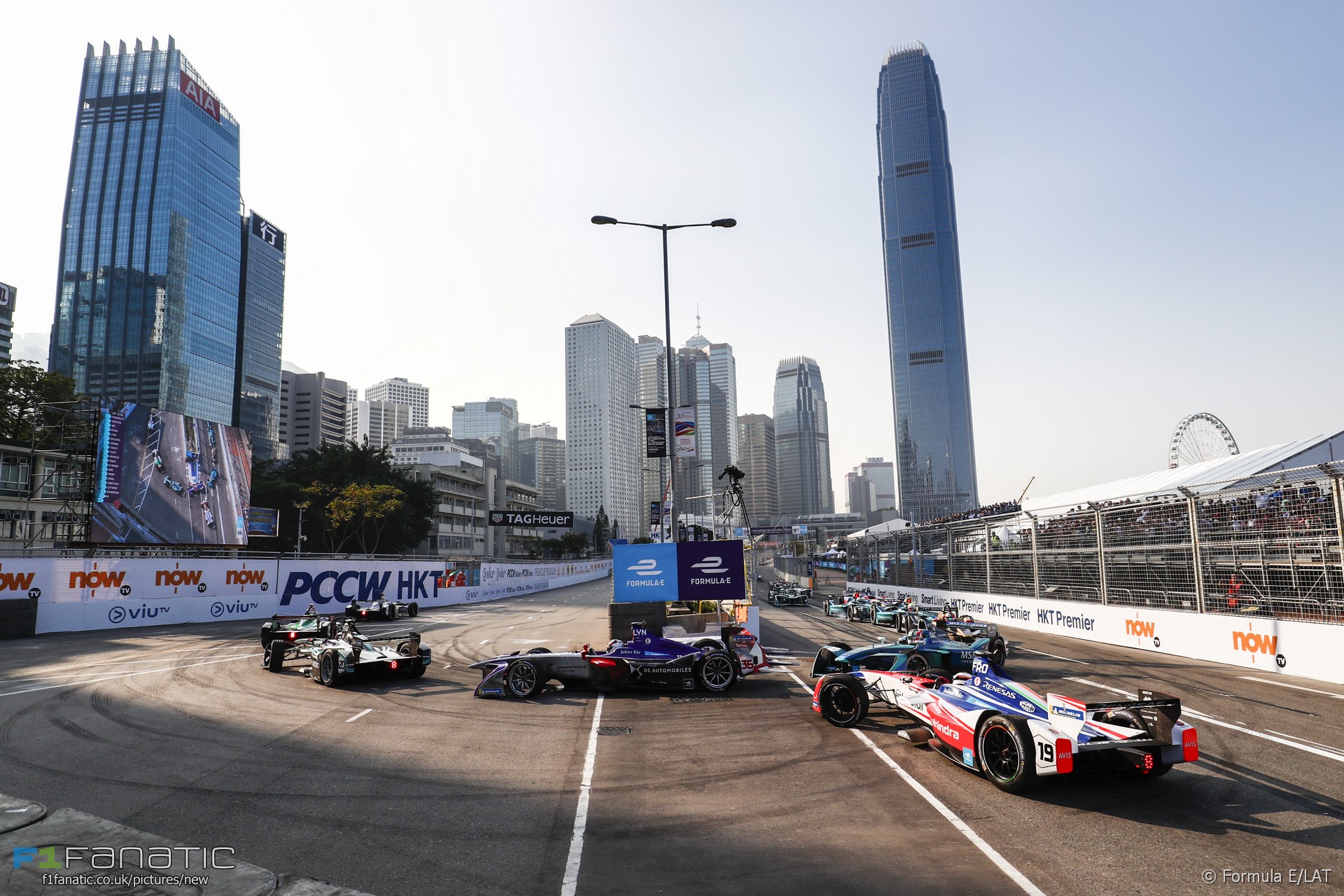 The first Formula E race of the new season was red-flagged moments after it started and one of the first winners was disqualified.

An interested follower of the new Formula E season was Lewis Hamilton, who took to Instagram to lambast driving standards in the series last weekend. This was swiftly deleted when he discovered he’d been watching footage of the championship’s inaugural race three years ago.

There was even more controversy in the double-header opening of the fourth running of the championship. The season was barely a minute old when the red flags flew after a first-lap skirmish around the Hong Kong track blocked one of the corners.

Sam Bird won the restarted race after passing pole sitter Jean-Eric Vergne, despite picking up a penalty for crashing his car in the pits during his mid-race car swap. The Hong Kong pit lane proved so short he was able to keep his lead despite being only nine seconds ahead of Vergne when he came in.

A fault with the start lights meant race two began behind the Safety Car. Daniel Abt won on the road after Felix Rosenqvist spun away his pole position advantage on lap one and Edoardo Mortara threw the lead away with two laps to go. However Abt’s victory was taken away from him after his car’s FIA inspection stickers were found not to match those on his paperwork, and the win went to Rosenqvist.

Volvo’s Thed Bjork clinched the 2017 WTCC championship after rival Norbert Michelisz was hampered by brake problems on his Honda in qualifying. Tom Chilton won the opening race from the partially reversed grid and Esteban Guerrieri claimed honours in the main event. Afterwards Bjork paid tribute to Tiago Monteiro, who led the championship until he was injured in a testing crash at mid-season.

What racing action did you watch last weekend? And what have been your favourite races of this year? Let us know in the comments.

That’s all from Weekend Racing Wrap for 2017 – the series will return next year. In the meantime you can review all this year’s racing action and more from previous seasons here.