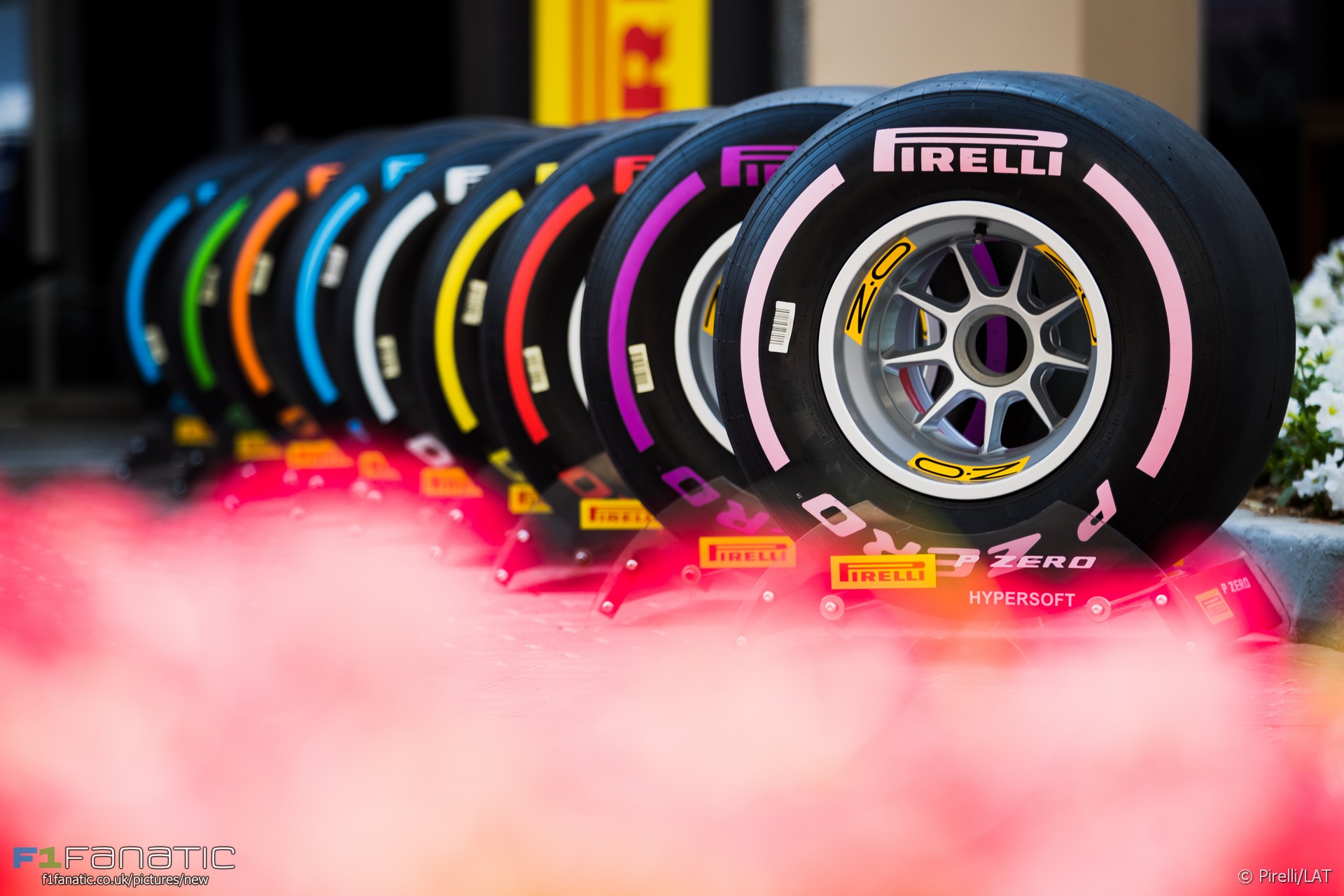 Pirelli says fans will not be confused by its expanded range of tyre compounds for the 2018 F1 season following complaints it is too complicated.

Formula One’s official tyre supplier is introducing two new dry-weather tyre compounds this season. It now has a total of seven slick tyres available from which they can nominate three which will be used at each race.

There are still “three compounds at each event, so no changes compared to last year” pointed out Pirelli’s sporting director Mario Isola.

“More colours, yes. [But] spectators are not so stupid not to understand three colours at each event.”

The seven compounds available are the super-hard, hard, medium, soft, super-soft, ultra-soft and hyper-soft. Isola addressed the complaints over the expanded range.

“I know that there were some criticisms around this choice to increase the number of compounds,” he said. “I believe that with the additional compounds we have more flexibility and the opportunity to make a better selection in order to have the all the three compounds suitable for the trace.”

“The target is to have a bit more degradation to try to target two [pit] stops and different strategies.”

Isola said Pirelli considered and rejected using the same three names at each race – hard, medium and soft – regardless of which compounds were selected.

“We discussed that internally and we came to the conclusion that we are not giving the right message because it looks like we are using the same compound for each event,” he said. “We want to explain to the spectators that in Monaco you need softer compounds and in Silverstone you need a harder compounds.”

“In the competition days tyre manufacturers didn’t want to tell you what they are using,” Isola explained. “They didn’t want to give an advantage to competitors.”

“Even within the same tyre manufacturer, but different teams, they were using different tyres, different compounds, different constructions. That’s a completely different approach because in competition you need to find the best performance, full stop.”

“Now we don’t have competition, we have a situation which everybody has to use the same product and the request is to explain to the spectators what we are doing.”

Isola pointed out the public vote Pirelli held to choose a name for the new softest tyre showed the interest fans had taken in the change.

“It’s positive in a way because they’re talking about tyres,” he said. “Look at the example of the name of the hyper-soft, it’s incredible.”

“I wanted ‘mega-soft’, unfortunately the spectators voted for ‘hyper’, so we have to respect their vote. Anyway we had half a million interactions for the name of the tyre. It’s a huge number, it means they are interested.”