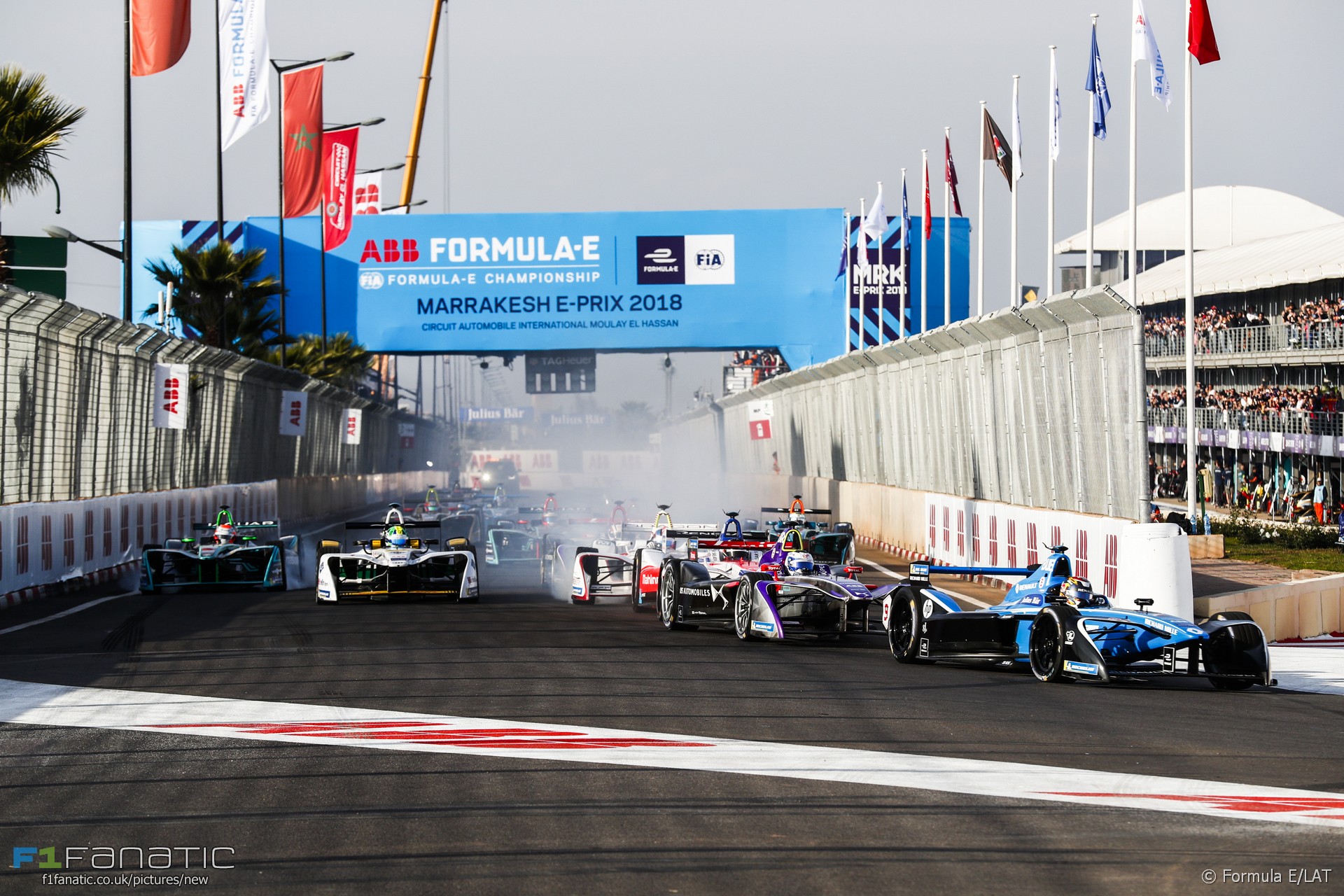 There’s little motorsport action during the winter months but Formula E was in action last weekend and F1 hopefuls are racing in New Zealand.

Felix Rosenqvist won his second Formula E race in a row in Morocco on Saturday after working his way forward from third on the grid. The Mahindra driver passed Sam Bird who slowed shortly before the mid-race car change, then set off in pursuit of race leader Sebastien Buemi.

The lead changed hands with five laps to go, Buemi unable to contain his rival who had more energy available for the closing stages. Bird joined them on the podium but lost his points lead to Rosenqvist.

Nelson Piquet Jnr took fourth after Lucas di Grassi retired from the position early on with another technical problem. The reigning champion’s hopes of defending his title look slim as he is yet to score a point after three races.

What racing action did you watch last weekend? And what have been your favourite races of this year? Let us know in the comments.