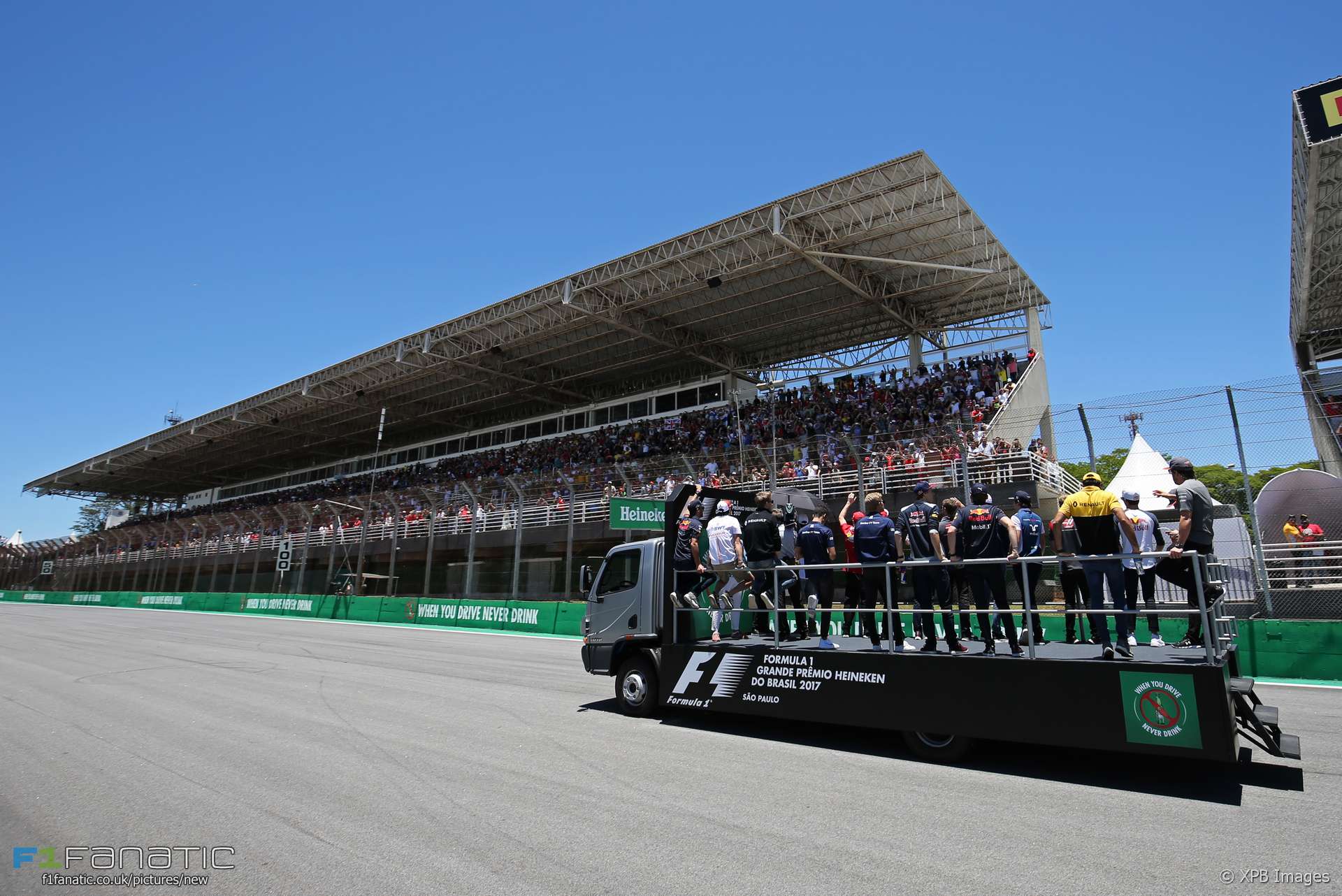 The final place on the F1 grid for 2018 was filled this week when Williams announced Sergey Sirotkin will step into the seat vacated by Felipe Massa.

The only other newcomer on the grid since the end of last season is Charles Leclerc, who takes over from Pascal Wehrlein at Sauber. However several other teams have also changed their line-ups over the course of the last 12 months.

Which team has the most promising driver line-up ahead of the new season? Here’s a run-down of what’s changed and what hasn’t:

Mercedes – Valtteri Bottas won himself a second season alongside world champion Lewis Hamilton after winning three times last season
Ferrari – Another one-year contract extension for Kimi Raikkonen last year makes this his fourth campaign alongside Sebastian Vettel
Red Bull – Daniel Ricciardo and Max Verstappen have been team mates since early in 2016 but this is their second full season together
Force India – Sergio Perez goes into his fifth season at Force India but he had a combustible relationship with Esteban Ocon in their first season together last year
Williams – The youngest pairing on the grid: Lance Stroll and Sergey Sirotkin have a combined age of 41
Renault – Nico Hulkenberg and Carlos Sainz Jnr have spent just four races as team mates so far
Toro Rosso – With just nine starts between them, Brendon Hartley and Pierre Gasly are the least experienced pair in the field
Haas – Romain Grosjean and Kevin Magnussen were quite evenly matched in their first season as team mates last year
McLaren – Will Fernando Alonso and Stoffel Vandoorne have a car which does justice to their talents this year?
Sauber – While Charles Leclerc’s potential remains to be seen Marcus Ericsson is more of a known quantity

I found it harder to select a strongest driver pairing than a weakest one. Ferrari has a pair of world champions, Mercedes has Hamilton who’s at the top of his game and Bottas who has some very strong races last year, and McLaren have the irrepressible Alonso alongside the steadily-improving Vandoorne.

But I’d pick a pair of drivers with no world championships between them as the strongest combined pairing in F1. At times Ricciardo and Verstappen were incredibly closely matched in qualifying last year as they appeared to be wringing everything from their RB13s. Both are gutsy racers too.

For me the pairing with the most to prove are Williams’s two drivers. Stroll had a largely poor debut season (with, admittedly, two highly respectable showings) and Sirotkin has looked adequate at best in the junior categories. However there’s a big question mark over Toro Rosso’s inexperienced pairing too.

Which team has the strongest and weakest driver line-ups for the season ahead? Cast your votes below and explain your choices in the comments.

Which team has the STRONGEST driver line-up for 2018?

Which team has the WEAKEST driver line-up for 2018?