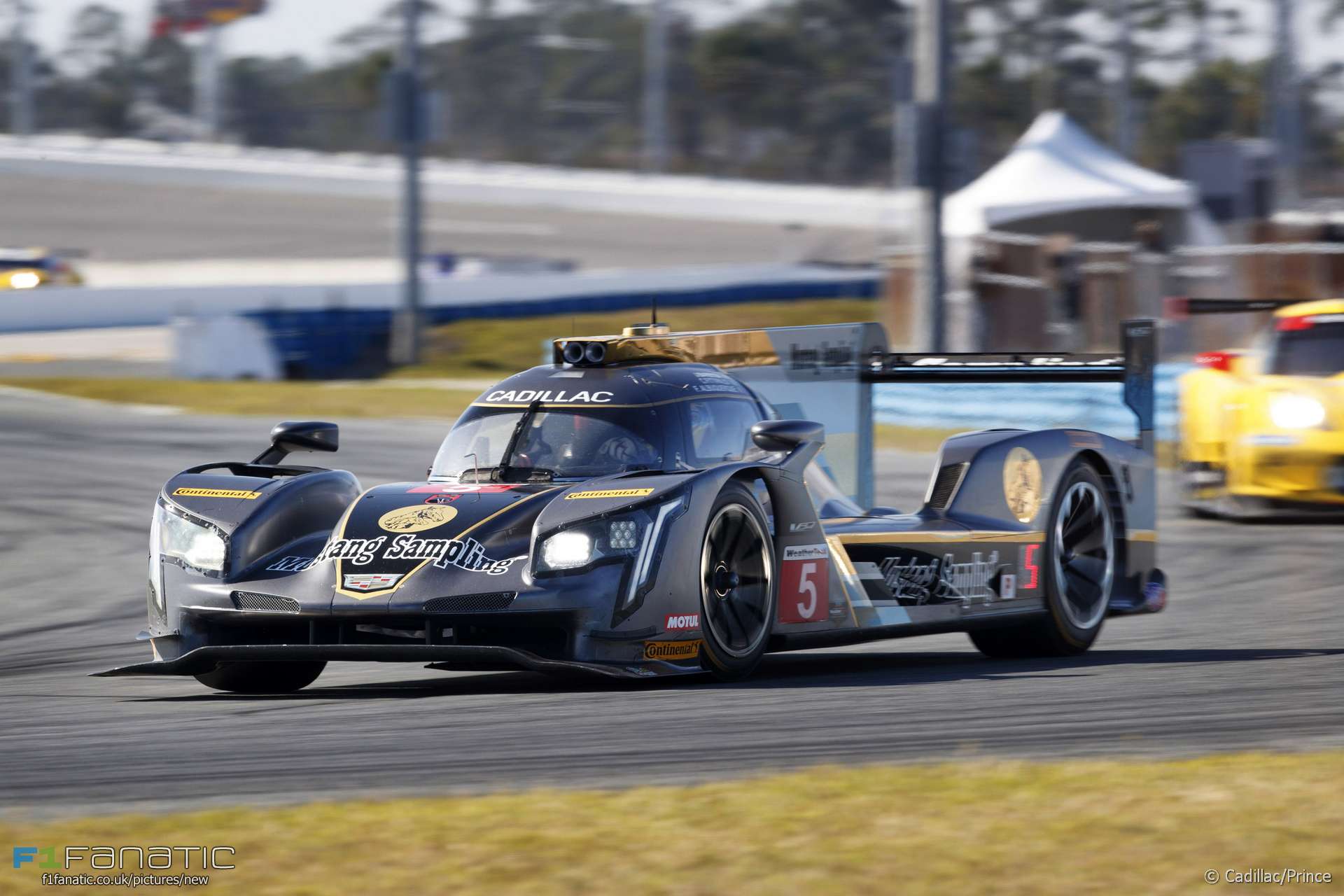 The distance record for the Daytona 24 Hours fell this weekend but the two current F1 drivers who took part were unable to contend for victory due to a series of misfortunes.

Last year Joao Barbosa, Christian Fittipaldi and Filipe Albuquerque missed out on victory by less than seven-tenths of a second at the end of 24 hours of racing in Daytona. This time they stamped their superiority on the event. They were able to moderate their pace long before the finish but still broke the all-time distance record, covering 808 laps, and came home over a minute ahead of their closest rivals.

Felipe Nasr, Mike Conway, Stuart Middleton and Eric Curran made it a one-two finish for Cadillac. The third-placed quartet of Romain Dumas, Loic Duval, Colin Braun and Jonathan Bennett also finished on the lead lap in their ORECA.

Fernando Alonso’s bid to win the race with United Autosports team mates Lando Norris and Phil Hanson was derailed by a series of problems including a puncture and then brake master cylinder failure. They finished 90 laps down, though Alonso and Norris both led early on as the team ran long stints in their Ligier. The team’s second car of Paul di Resta, Bruno Senna, Huge de Sadeleer and Will Owen came fourth.

The other active F1 driver in the race, Lance Stroll, also suffered a luckless 24 hours including a series of punctures. The same problem eliminated the pole sitting car of Renger Van Der Zande, Ryan Hunter-Reay and Jordan Taylor, which suffered no fewer then seven right-rear tyre failures.

Sebastien Ogier began his World Rally Championship title defence in the best possible fashion by winning the Monte-Carlo Rally for the fifth year in a row, despite a spin early in the event. He led home Ott Tanak, who claimed a strong second place on his debut for Toyota.

Jari-Matti Latvala joined team mate Tanak on the podium ahead of Kris Meeke, who was almost three minutes behind in his Citroen.

Carlos Sainz Jnr made his much-trumpeted “Monte Carlo Rally debut” which involved driving a course car through a 13 kilometre stage.

For the second weekend in a row Toyota Racing Series championship leaders Marcus Armstrong and Robert Shwarzman endured win-less outings. But the two Ferrari junior drivers held onto their places at the top of the points standings after the three races at Hampton Downs, Armstrong on top thanks to his 100% podium strike rate over the nine rounds so far.

Former Red Bull junior driver Richard Verschoor took two wins which leaves him 70 points off Armstrong (with 75 available for a win). Clement Novalak followed up his Teretonga victory with a second triumph and lies fourth in the standings.

Ralf Schumacher’s son David scored his victory in a racing car during the Formula Four United Arab Emirates champion round at Dubai Autodrome. He won from fifth on the grid but was unable to convert pole position for the other two races into wins.

His Rasgaira Motorsports team mate Leon Koehler won the other two races. These also marked the first car racing triumphs for the 18-year-old, who is the reigning CIK-FIA European KZ2 karting champion.

What racing action did you watch last weekend? How are you coping with the off-season? Let us know in the comments.