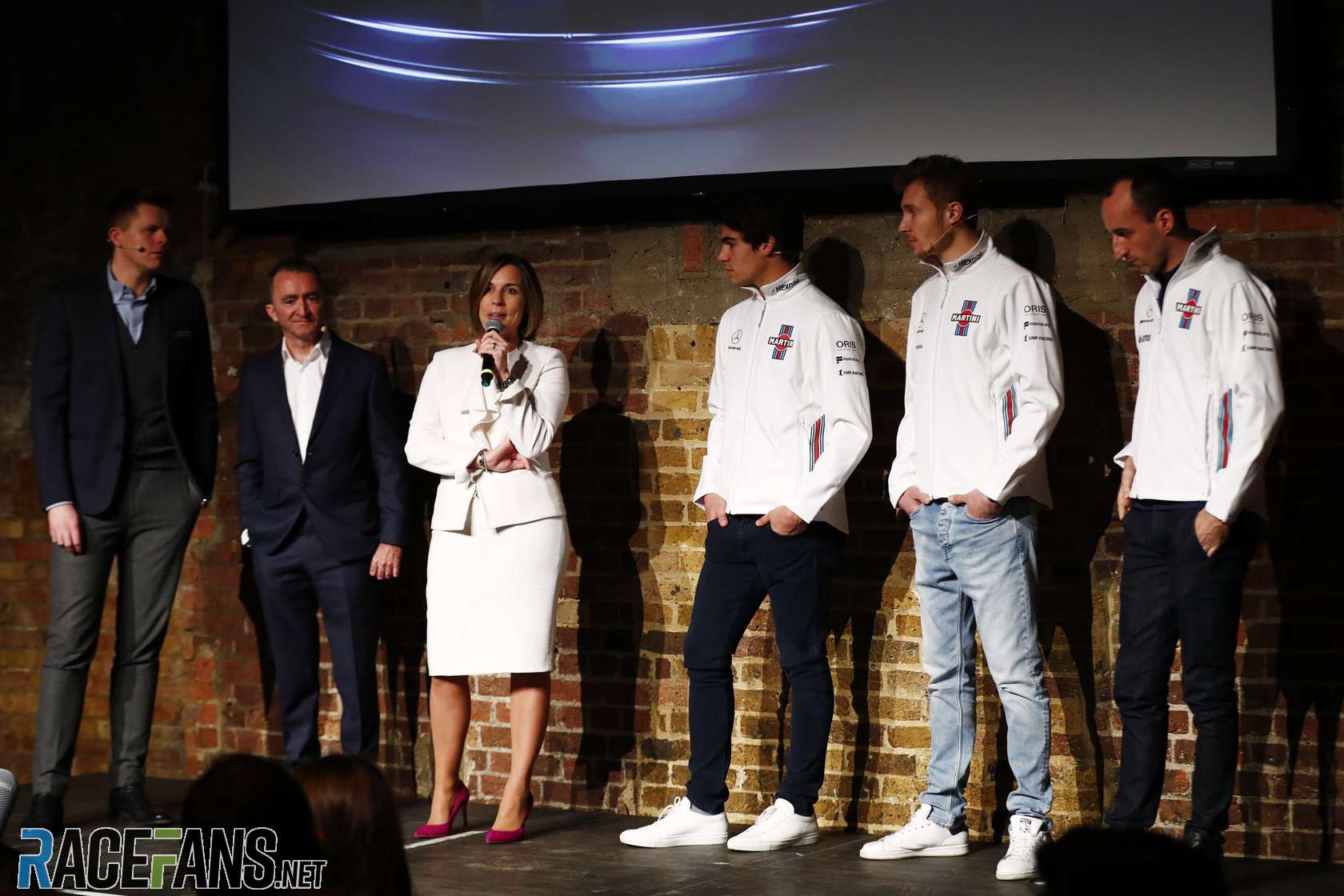 Williams has defended its choice of driver line-up for the 2018 F1 season following claims they were selected due to the backing they bring.

Speaking at the team’s season launch Claire Williams hit back at the accusations, insisting the team “will only put talented drivers in our car.”

“This is a dangerous business and we’re not going to put someone in our car just because they come with money. Our decision-making process is much more complex than just deciding to put a driver into a racing car because they’ve got some cash.”

“Yes, we’re an independent team, yes money is hard to come by these days – not just for our team but any team, I don’t think many teams have signed new sponsors over the last few seasons in Formula One.”

“If a driver has financial backing that’s an added bonus but it’s not the foundation for a decision-making process at Williams, when we come to making our driver decisions it’s not a factor.”

Lance Stroll brings backing from his father’s fashion empire while new signing Sergey Sirotkin is supported by Russian bank SMP. But Williams insisted “it’s nothing new in Formula One that drivers come with money.”

“Thank goodness, frankly that they do,” she said, “I think it’s incredibly naive for anyone to make that statement to say ‘he’s just a pay driver’. It’s great if a driver has financial interest from partners. It’s great for a team, great for the driver.”

Williams drew comparison with the support Fernando Alonso had from a Spanish bank while he was at McLaren and Ferrari.

“Fernando Alonso, prime example: Santander followed him around every team that he’s been to. You could suggest he’s a pay driver – I wouldn’t do such a thing.”

“I think the terminology is very confused around pay drivers. It’s wrong, it’s unnecessary, it puts negativity around a driver, we just shouldn’t be doing it in this sport any more.”

50 comments on “Complaints about “pay drivers” are “incredibly naive” – Williams”