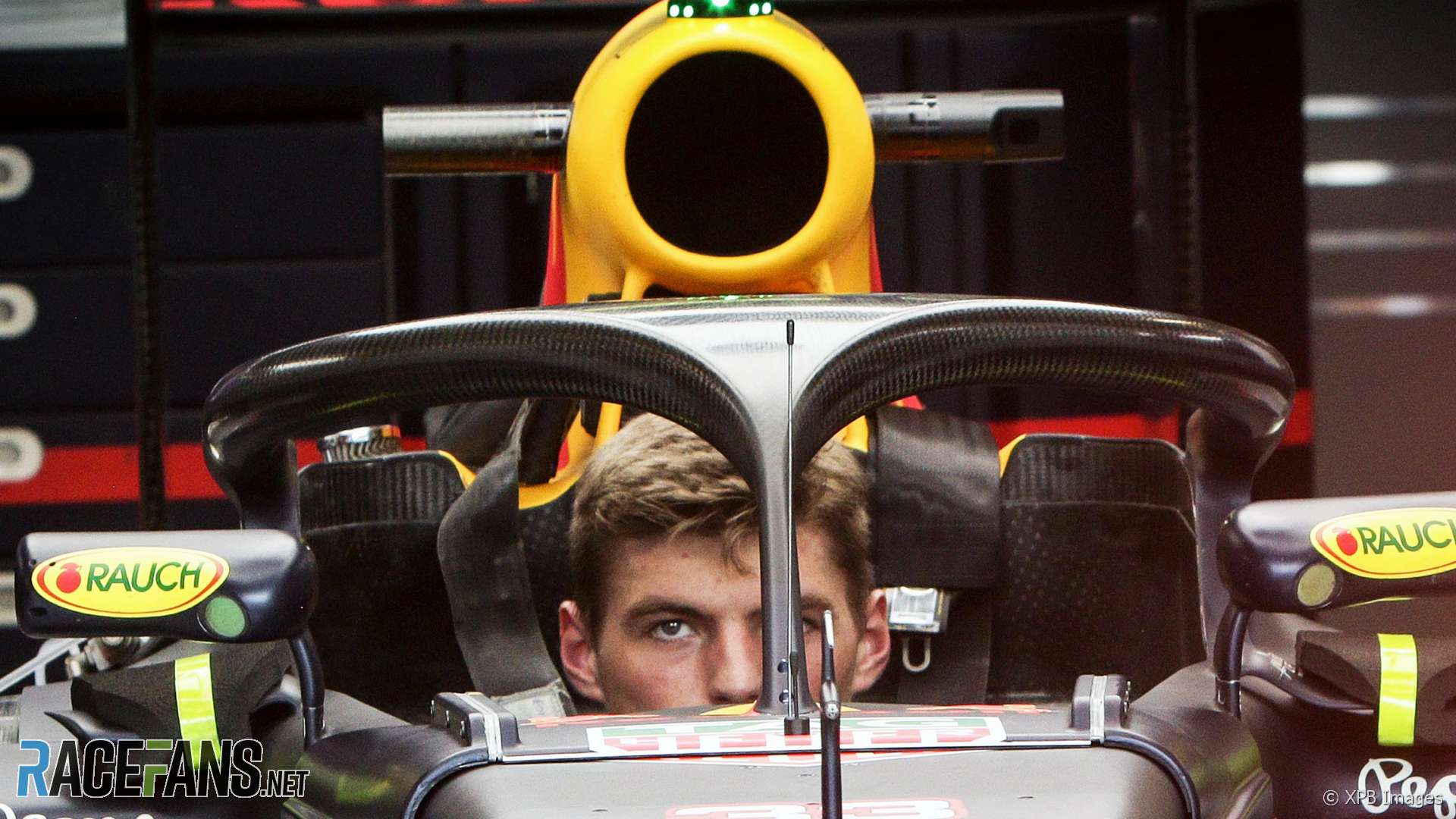 Max Verstappen doesn’t expect Red Bull will have found a way to make the Halo more aesthetically pleasing when it is seen for the first time on its car next week.

“The Halo, that will be very ugly,” Verstappen predicted in an interview (below). “I’m not looking forward to that.”

“But in general I hope the car will look great and hopefully is fast,” he added.

Red Bull struggled in the opening races of last season but made rapid progress with their car as the year went on. Verstappen said he hopes the RB14 is “a good step forward and we’ve got straight away a good car from the beginning of the year that we’re not really chasing like last year.”

The addition of Halo has also increased the weight of the cars, which Verstappen has some concerns about. “It’s definitely not favourable for me,” he said.

“But I’m not going to adjust my training for it because otherwise I won’t feel well during the races. Especially for me being a taller driver and I guess also a bit of a heavier driver than most, it’s not ideal.”

A further change of 2018 is a reduction to three engines per driver for the whole year. Verstappen said this will “definitely be a big challenge” for Red Bull. “Last year we used six. To go from six to three is too hard. Hopefully we will make it. We have to wait and see.”

One of the tracks on the 2018 F1 calendar is a new race venue for the 20-year-old. “Paul Ricard, I haven’t really driven a lot there,” he said. “I’m looking forward to see how that’s going to be. It’s quite close to home as well.”