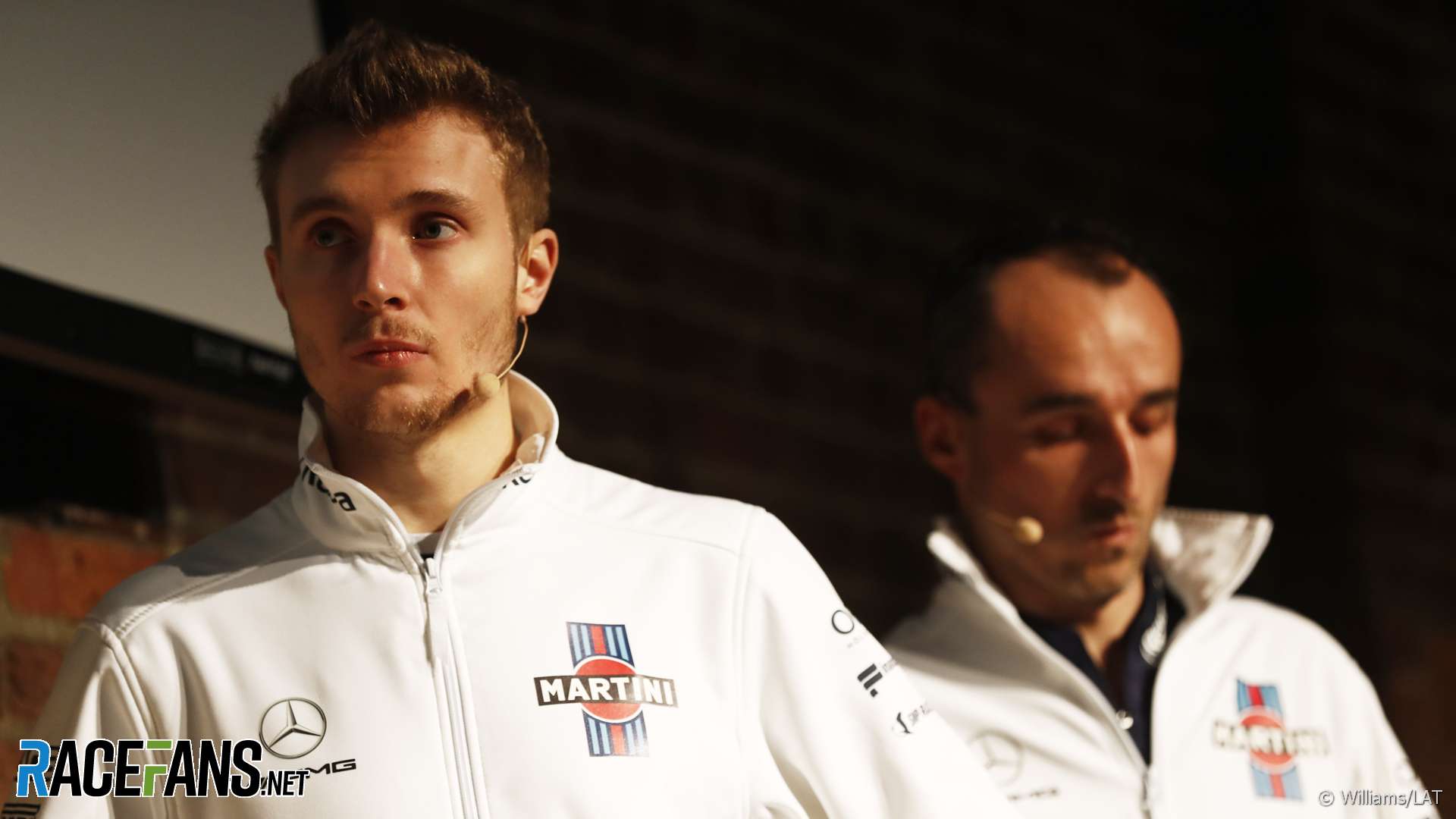 Williams chief technical officer Paddy Lowe insisted the team’s new driver Sergey Sirotkin was selected for his driving ability and not the income he could bring to the team.

Speaking at the presentation of the team’s new FW41 yesterday Lowe said Sirotkin was selected after an “incredibly exhaustive” selection process, “the most exhaustive I’ve ever been involved with, involving the technical team.”

“Sergey was selected simply on merit for his driving,” said Lowe. “That team know nothing about finances, they’re not involved in it, they weren’t aware of any factors like that. They made the call themselves on the data.”

Sirotkin said the size of the talent pool Sirotkin had been selected from within the SMP Racing scheme demonstrated his credentials as a driver.

“This is not talked about a lot but Sergey comes out of the SMP racing programme,” said Lowe. “This is a kind of driver academy and if you look at the scale of it, it covers Russia, Eastern Europe and Scandinavia, drawing drivers from all of that geography. They have 1,500 drivers on their books at the moment starting from a very young age in karting. A great programme and much bigger than the likes of the one Red Bull run which is better known.”

“Sergey is the first graduate of that programme to get to Formula One and he’s done his full apprenticeship in F3, F2. So I think that he couldn’t be in better shape to hit the ground running as a new driver in Formula One and we have no concerns about how well he’ll perform.”