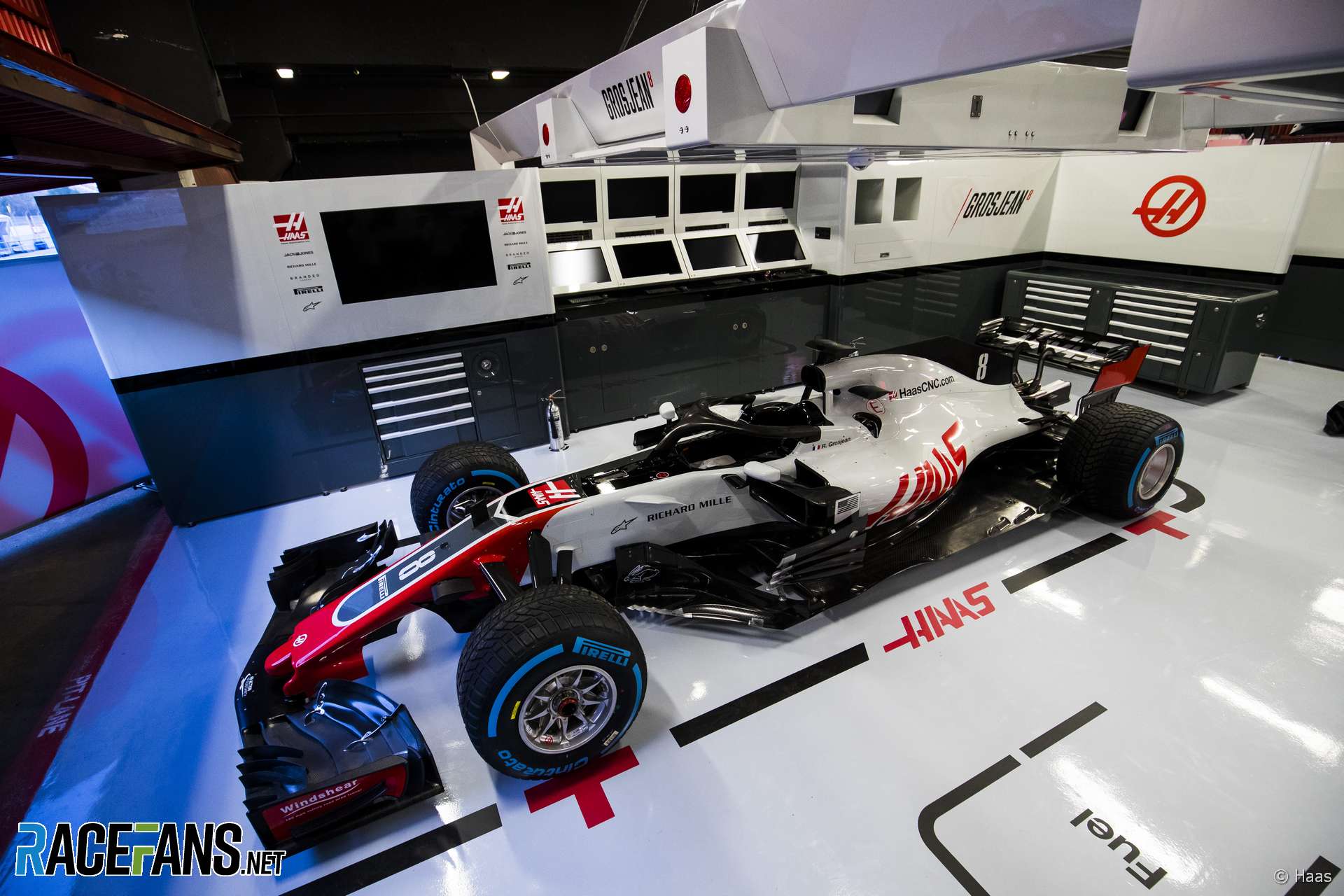 Haas has run its new 2018 F1 car for the first time at the Circuit de Catalunya.

The VF-18, the team’s third Formula One car, took to the track for a filming day today.

The team was the first to reveal images of their new car for the 2018 season but the car had only previously been shown as a rendering.

The new car will run again when testing begins at the track on Monday. Team principal Guenther Steiner said their objective will be to gather as much data as the can.

“We’ve now got more people working back at the factory that can analyse data. Before, this was an area where we were perhaps a little weak. We’re growing.”

“We’re always getting better, and to get better you need time. With having more people, we can do more to get prepared for the first race.”

“Formula One is so specialised and it operates at such a high level that focus and attention to detail are very important,” he added. “Everything needs to work and, particularly, all the sensors on the car need to work. That’s where you get a lot of your data.”

“All our protocols and methodologies are running pretty smoothly. This is our third year of doing this. What we’re trying to do is get better prepared for the racetrack so we’re not having the ups and downs like we had the last two seasons. We are trying to stabilize that. It’s one of our biggest goals this year.”

12 comments on “Pictures: Haas reveals more of its new VF-18 at first run”