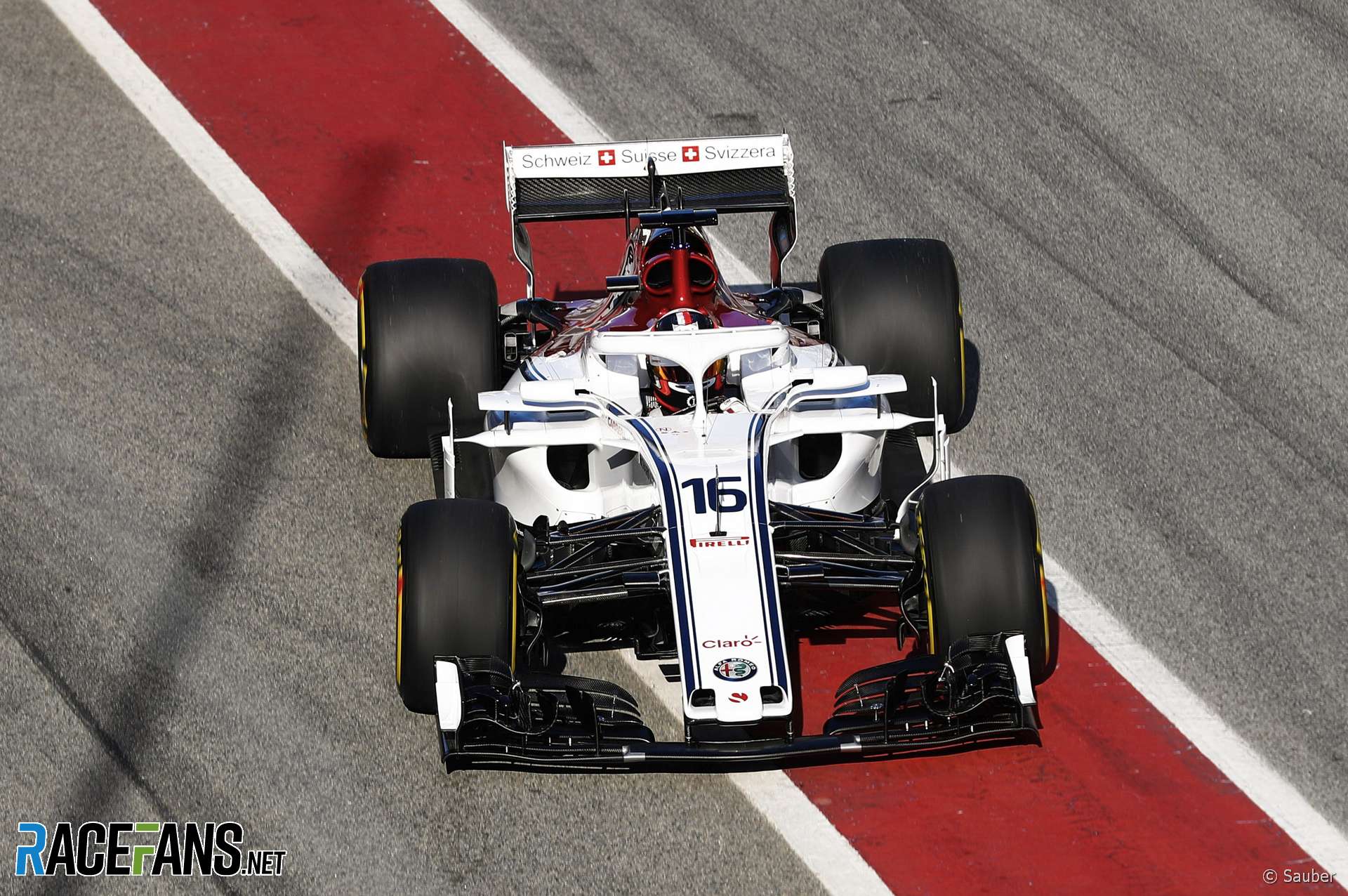 The Sauber C37 had its first run at the Circuit de Catalunya yesterday. Here are the first pictures of the car in action.

Marcus Ericsson and new team mate Charles Leclerc both had the chance to drive the car during a filming day at the Spanish track.

Ericsson said the team have “been waiting for an opportunity like we have this year” following the arrival of Alfa Romeo as a new backer. “I can see how excited everybody is – including me – so it’s going to be a great opportunity for all of us.”

The team said its filming day was “successful”. The C37 will return to the track when the first day of pre-season testing begins on Monday.

29 comments on “Pictures: Sauber’s new C37 hits the track for the first time”