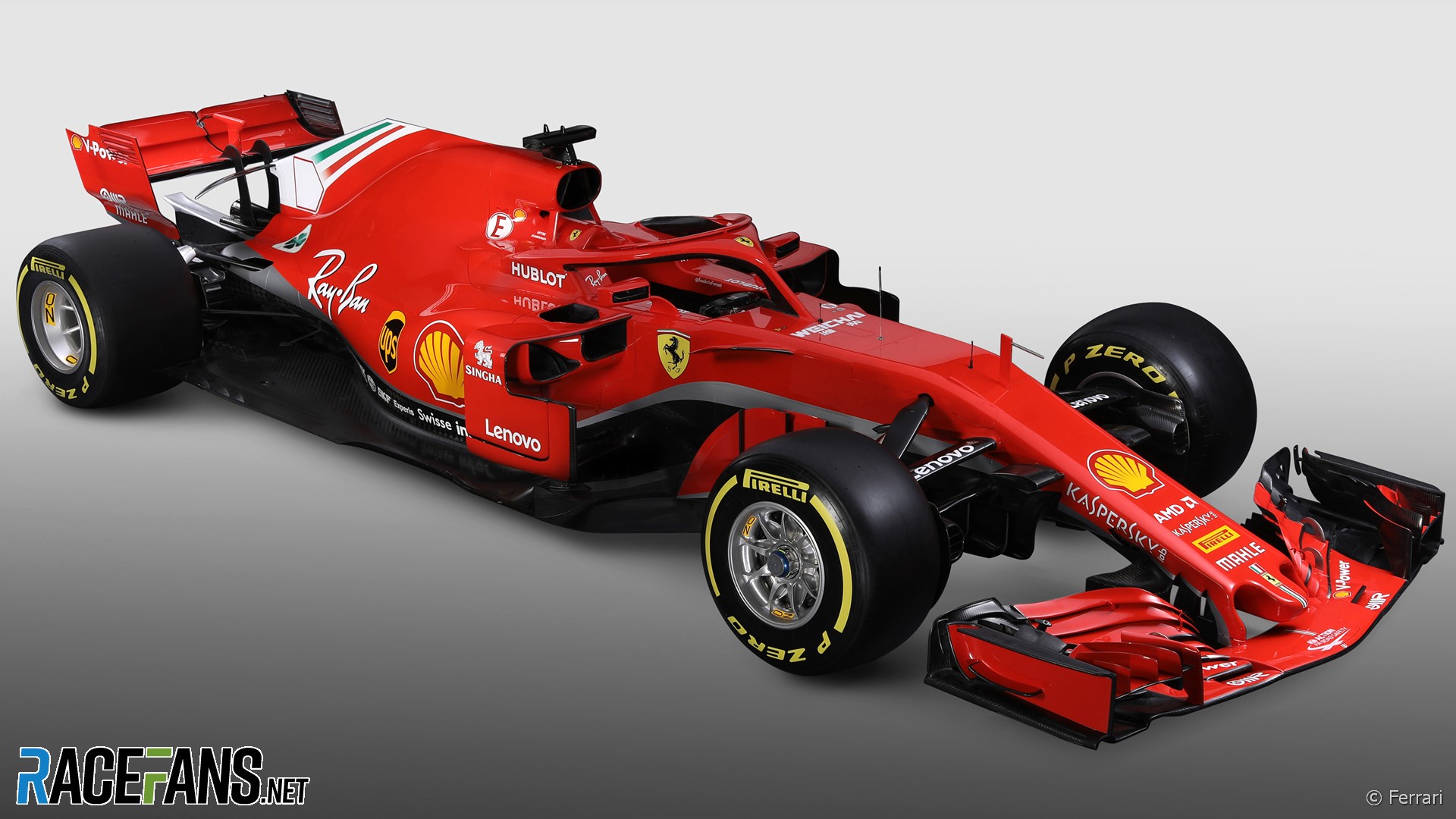 Ferrari nearly got it right in 2017. The start of the season was very promising: a strong, adaptable chassis combined with a power unit nearly on par with Mercedes’ allowed them to contest for the title.

Then came the meltdown: a drastic reversal of fortunes during the three Asian races which shattered Sebastian Vettel’s championship hopes. Making matters worse was a clampdown on teams burning oil as fuel.

Nonetheless the rejuvenated team won five times including at the penultimate round in Brazil. They went into the off-season knowing they are closer to Mercedes that at any previous point in the V6 hybrid turbo era. The question now is whether they can close that gap enough to make the titles a realistic prospect.

There are promising signs from the evolutionary design of the SF71H, presented on Thursday, after years of successive design changes and wrong turns. Ferrari are normally quite coy with their launch pictures, withholding a lot of features until the car rolls out for the first time. Up front, however, we can already see new features.

They include a revised front wing and slotted nose pylons akin to what McLaren ran last year. The front wing produces ample downforce so almost all changes are designed to manage the critical aero structures, such as the Y250 vortex, enabling the surfaces downstream to do their job properly. Last year’s car was strong aerodynamically, so these developments are mostly about producing better performance across a wide range of driving scenarios: braking, accelerating, turn-in etc…

It was always going to be interesting to see how the Scuderia evolved their pioneering sidepod philosophy over the winter. Several of the other teams have copied Ferrari’s design from 2017, creating more desirable contours around the inlet by lowering the upper side impact protection structure.

To achieve optimal cooling the main intake is accompanied by a supplementary inlet on top of the sidepod. On the SF71H both intakes are roughly the same size, reducing the bodywork width significantly – the frontal view really highlights how narrow it is. This also allows the installation of a number of turning vanes on the sidepod shoulder (in exposed carbon black) to guide airflow towards the rear end.

The bargeboards and turning vanes around the main intake area of the car are revised versions of its predecessor. There were reports of a third inlet behind the bargeboard by the floor, but closer inspection reveals the region in question is in fact three ‘teeth’ vanes on the leading edge of the floor. A lot of downforce is produced here so it’s important to control the flow.

Over the past year we have started to see some very creative wing mirror designs. Mirrors are compulsory and the wake they produce can be manipulated to help control air over the downstream bodywork.

On the SF71H Ferrari have been very creative by allowing air to pass through the mirror pod and, presumably, out and around the top and bottom of mirror the other side. They won’t produce downforce, as the air is split evenly through the pod, but they will manage the wake more effectively and could reduce drag slightly in the process.

After fabricating a multi-inlet airbox towards the end of the previous season, an integrated intake is now used on the ’18 car that encompasses the inlets for the turbocharger and an ancillary cooler mounted above the gearbox. This is what allows them to be so aggressive with their sidepods.

The rear of the car is a bit sparse at the moment but a lower T-wing compliments the spine along the engine cover, working in conjunction with the rear wing behind.