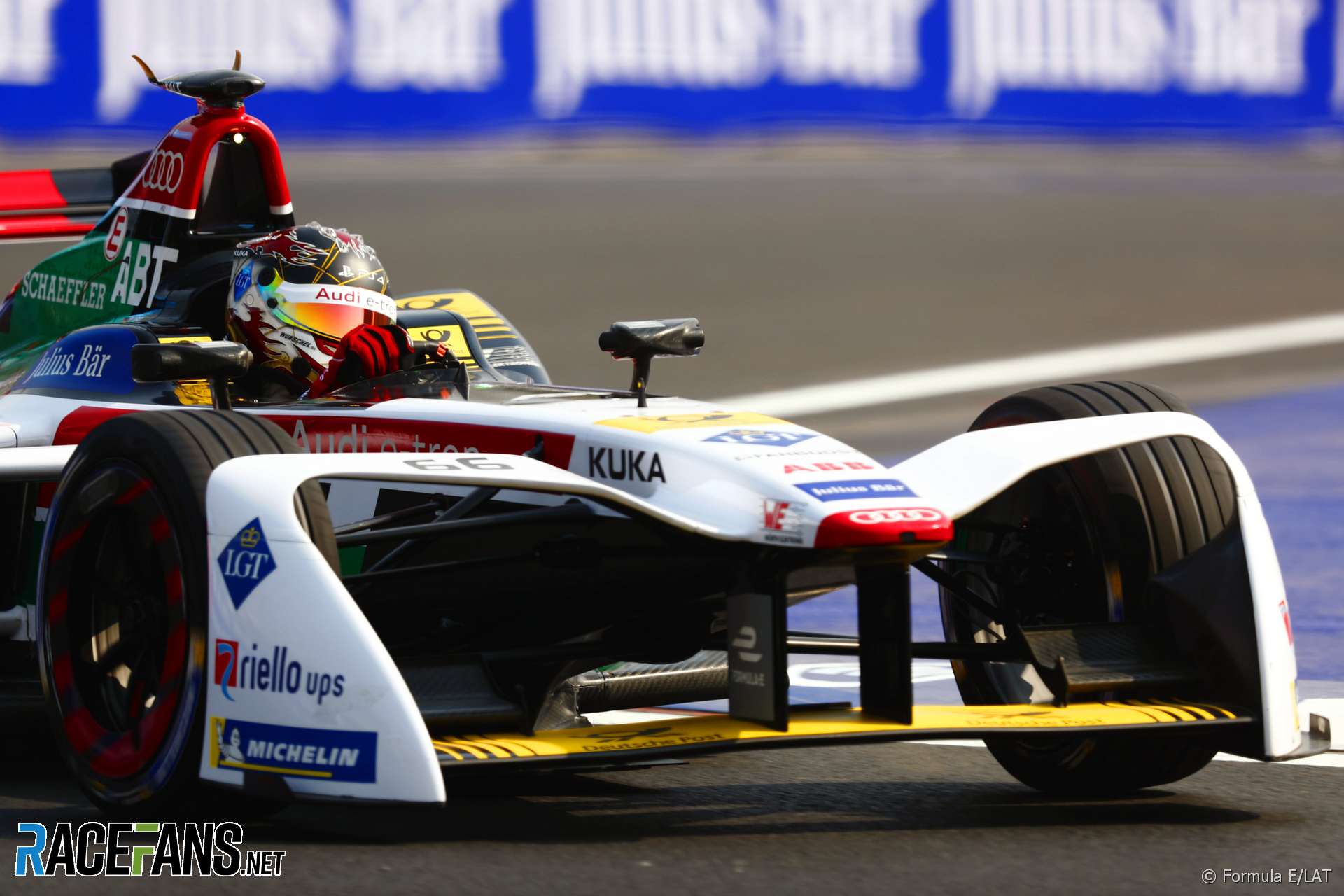 Daniel Abt scored his first Formula E victory, and the first for Audi since it became a factory team, in the fifth round of the series in Mexico City.

Abt moved to the head of the field during the mid-race change of car when he jumped ahead of Oliver Turvey’s NIO car. Turvey had inherited the lead from pole sitter Felix Rosenqvist, who led the first 14 laps before being sidelined with a fault on his Mahindra car.

Tyurvey withstood sustained pressure from Sebastien Buemi in the final laps to claim second place and his first Formula E podium. Buemi, who had overtaken Jean-Eric Vergne using Fanboost earlier in the race, tested Turvey’s defences on several occasions but it was to no avail. The pair crossed the line separated by two-tenths of a second.

Vergne, the championship leader heading into the weekend, also lost a place to Nelson Piquet Jnr. The latter brought himself into contention by running a lap longer than the front runners in his first stint. Mitch Evans took sixth in the other Jaguar followed by Antonio Felix Da Costa and Edoardo Mortara.

Audi’s victory marked a turnaround from a difficult start to the season. Reigning champion Lucas di Grassi picked up his first points of the year from ninth place having started last due to a grid penalty for fitting more replacement engine components. A late pass on Alex Lynn secured ninth place and he picked up further points for setting the fastest lap.

11 comments on “Abt claims maiden Formula E win in Mexico”