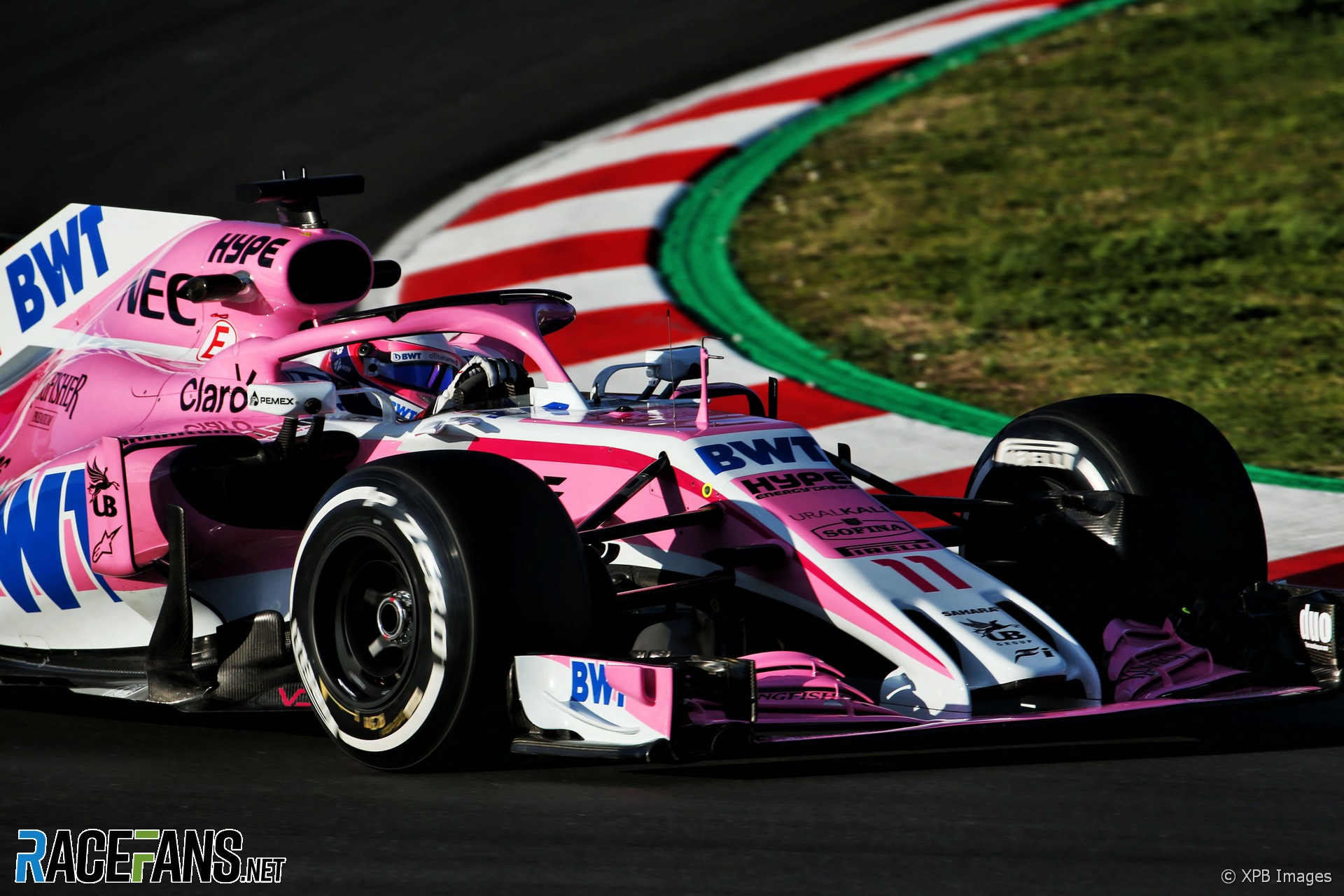 Sergio Perez says he hasn’t felt a big step in performance “so far” from Force India’s VJM11 but has high hopes for the team’s Melbourne upgrade.

“Hopefully for Melbourne when we bring our new car, apparently, hopefully we can do a good step,” he told media including RaceFans after today’s test.

Asked what kind of feeling he had from his car after the fifth day of pre-season testing Perez said “it’s not great at the moment but I think we’ve done a good step forwards.”

“There is a lot of understanding that has to be made on the car,” he added. “There is a strong package coming for Melbourne that will improve the car massively.”

Force India is facing the threat of stronger midfield competition in 2018 and has covered the lowest mileage of all the teams in testing so far. But Perez believes the team will reach a competitive position.

“We’re going to be there,” he said. “It’s a long season. It doesn’t matter where you are right now, today, or in Melbourne. The only thing that matters is where you are in Abu Dhabi.”

Perez lost some time with “an off” early in today’s test. “We had to take the floor out,” we lost a bit of time,” he explained.

“Then it was our programme, we managed to complete part of it. I think it’s been a very positive day in terms of what we’ve done. what we’ve learned and just gathering data.”

With only one day left in the car before the season-opening race in Australia, Perez said his focus is working on Pirelli’s new range of tyres.

“Hopefully we can have a warmer day,” he said. “I’m really curious about the long run, the new tyres. I think there’s a lot to be gained early in the season by understanding properly the tyres.”