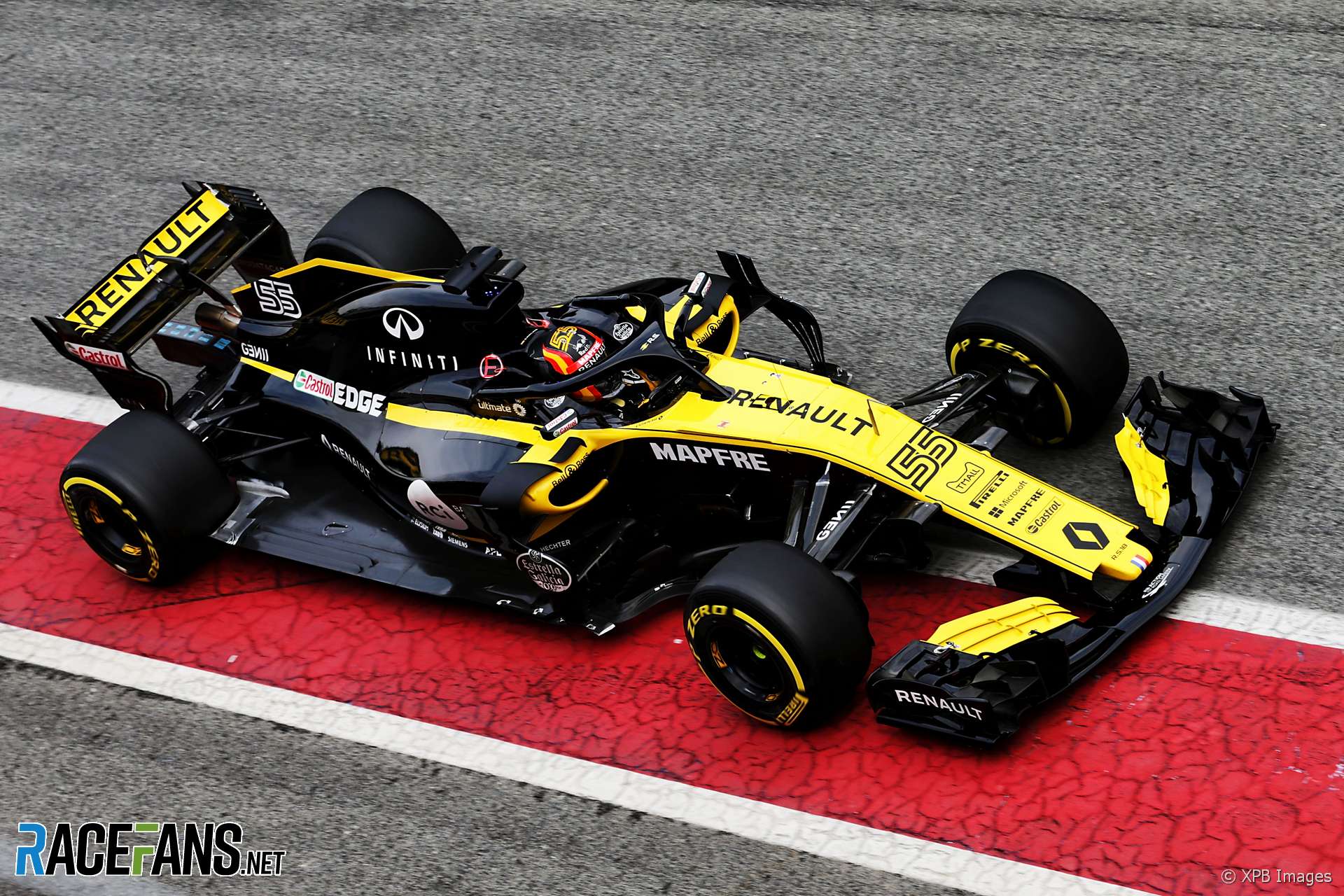 If Mercedes and Ferrari benefit from the advantage of being able to develop their chassis and power unit alongside each other, the same should apply to Renault.

But it only returned to F1 as a full manufacturer two seasons ago and has been busy recruiting and expanding the former Lotus team to get it up to ‘fighting weight’ again. Nonetheless it was the most improved team of last season in terms of raw performance, and if it can make the same kind of progress this year from where it ended last season, they could bring the front-runners in sight.

Chief technical Bob Bell says the team has worked hard on gaining more benefits from its power unit and chassis integration during the off-season. “If you look at the car and compare it with last year you’ll see we’ve gone to greater lengths, as everybody does and that makes it harder to manage thermal flows on the car.”

“We have pushed like hell to get the maximum aerodynamic performance,” he said. “That means squeezing everything closer together and giving ourselves more headaches with thermal management.”

The team was more than coy when it revealed the Renault RS18 to the world for the first time. The original images which were distributed of the car were later revealed to be only a livery preview.

The real RS18, which debuted when testing began last week, appears to be a logical and large step forward over its predecessor. It is outwardly an evolution of last year’s car, but every area has been addressed over the winter, showing a great deal of refinement and fresh thinking.

There are little notes to take at the front of the Renault so far. The team trialled a number of front wings over the course of 2017 and have stuck with their latest development for the start of this season, a design that gravitates itself towards the Mercedes solution. The nose has also been carried over.

According to Renault new bodywork is coming before the end of this week’s test so we may see changes here soon.

The first signs of development arise in the bargeboard region. Vertical serrations separate the stepped top edge of the primary board, allowing the air to pass into the lower pressure region the other side and control flow as it trails off down the rest of the car.

A smaller secondary board remains attached to a fluted footplate. The fluting/gills are there to divert flow below the bodywork, drawn by the low pressure region along the floor’s leading edge just behind, before flipping it back out along the car’s flanks.

Teams are split on how to approach the sidepod inlet area. Renault, like some others, have stuck to their guns and chosen to evolve their conventional design rather than being tempted to copy Ferrari’s innovative solution from last year.

“The regulations that limit the amount of wind tunnel testing and CFD you can do limit the number of configurations we can test over the winter,” explained Bell. “We had a quick look at it but you inevitably find yourself in a position where what you think is best is what you go with and you optimise that.”

“You don’t get the opportunity to test every variation in the pit lane. We think we’ve done what is best for us. What works for other people may be a different thing.”

The regulations stipulate that the inlet must be slanted rearwards, which is what Renault have done, but other teams use an angled horizontal vane that cloaks the inlet to circumnavigate this rule. Instead the RS18 is clean in this area, using only a minimal set of vanes and fins wrapped over the sidepod shoulder to guide air towards the top of the floor and onto the diffuser.

Renault is understood to have made major steps forward at the back of the car and is using a carbon gear case for the first time. The new bell housing is not only a more rigid and lighter solution than the outgoing cast metal (usually aluminium) case, it frees up the possibility to do in-season suspension geometry changes without replacing the entire gearbox unit and incurring a penalty.

Additionally, Renault has pushed the regulations to the limit with the positioning of the central exhaust exit to gain an aerodynamic benefit from the interaction of gases with the rear wing.

The outlet is sat upwards at the maximum 5 degrees and 550mm above reference plane, with the wastegate pipes in shotgun underneath. Such is its proximity with the underside of the rear wing, the underside of it has been finished in a ceramic coating to cope with the heat from the exhaust plume. This suggests that the team are bringing back exhaust-blown aero surfaces, accelerating flow under the centre part of the rear wing that is perhaps affected by the Halo upstream.

“It’s no secret that there is some benefit from the exhaust flow around the rear wing,” said Bell. “We’ve chosen to push our exhaust up as high as you legally can to try and maximise benefit.”

“There’s a small gain, it’s not where it was four or five years ago with the blown diffusers, it’s nowhere near there, but it’s still a useful benefit.”

It’s also another example of the benefits of manufacturing their own chassis and power unit. “Viry and Enstone are closely knitted and on issues like that which involves an element of power unit performance and chassis performance we work closely together to optimise and we do whatever we can do within the regulations to maximise the benefit.”

The early signs are encouraging for Renault. “What [we] measured agrees – in fact, is looking slightly better – than the wind tunnels results,” Bell revealed. “We are where we thought we would be.”

“Is that good enough? I don’t know, until we get to qualifying in Melbourne I don’t think anybody will really know.”