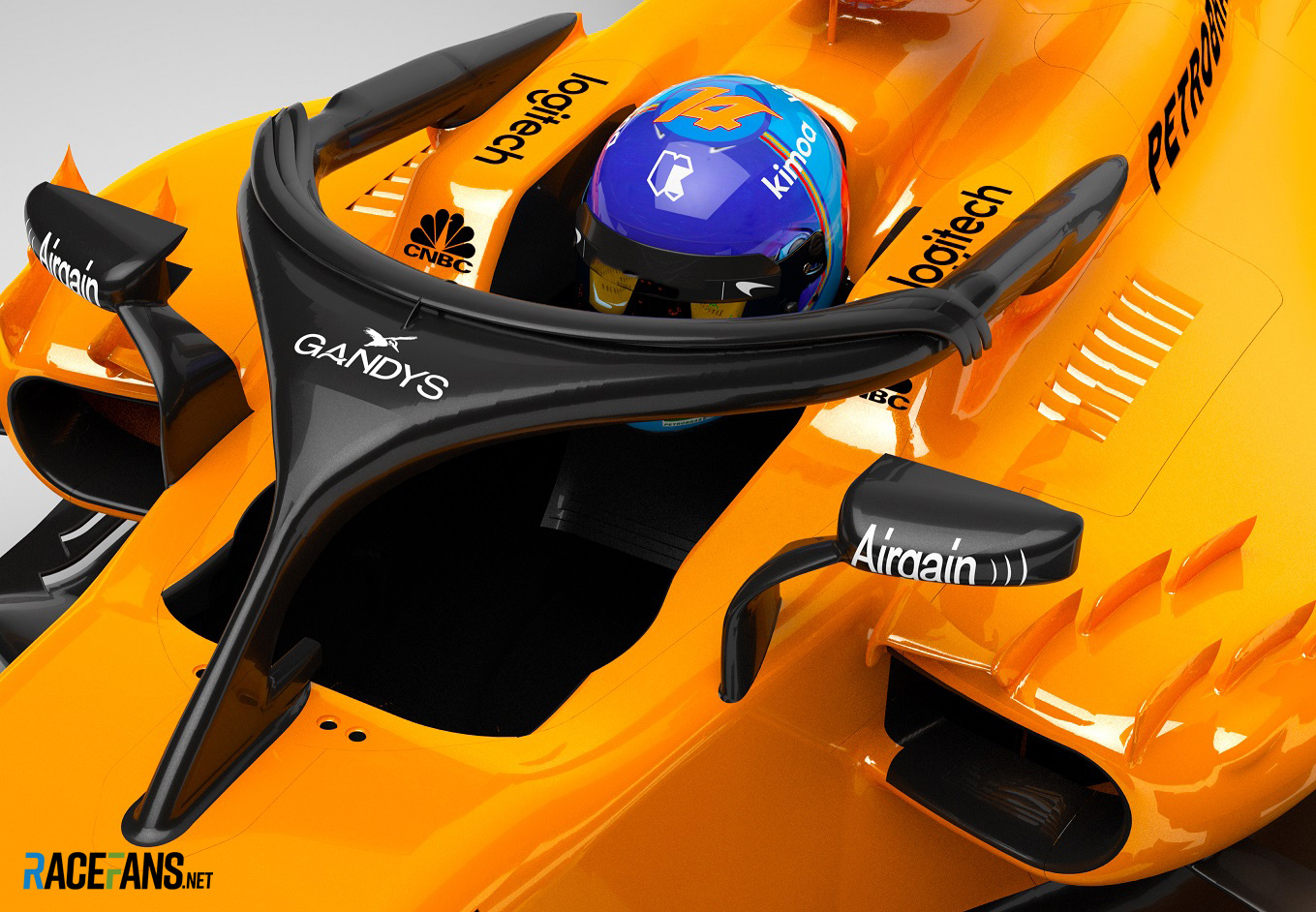 McLaren has signed a manufacturer of flip-flops whose logo will appear on its Halo for the season-opening Australian Grand Prix.

“Today’s announcement means Gandys will become the first brand to take advantage of the unique shape of the new-for-2018 Halo cockpit protection structure, which has frequently been compared to the distinctive upper of a flip-flop,” said McLaren in a statement.

Gandys co-founder Rob Forkan said his company was “thrilled when McLaren came to us with this idea.”

The company was founded by Rob and his brother Paul following the death of their parents in the December 2004 tsunami which affected much of south east Asia. They later set up the Orphans For Orphans foundation kid’s campus in Sri Lanka four years ago. All proceeds from the sale of the McLaren flip-flop will go to the foundation.

“By putting Gandys’ branding on the car’s Halo, we can help to strengthen the message behind our Orphans For Orphans initiative,” added Forkan, “creating a protective and inspiring environment for children at risk. It is a step in the right direction for the safety of the drivers and a great step for Gandys.”

“On a personal note, as huge fans of Formula 1 and McLaren, this was an opportunity that was simply too good to pass up,” he added. “We can’t wait to see Fernando, Stoffel and the whole team in action in Melbourne next weekend.”