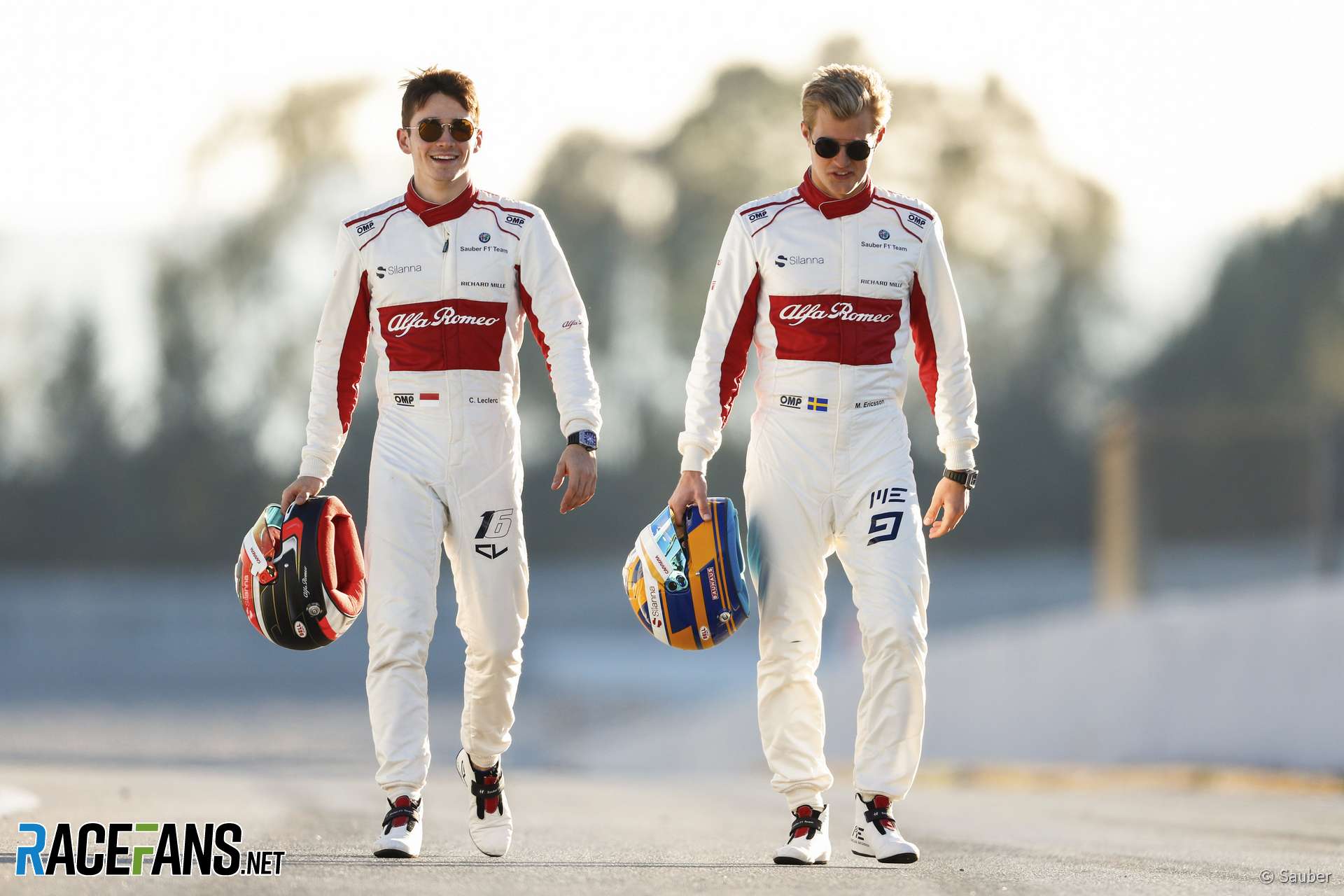 Many top teams have vacant seats for 2019 which means there are opportunities to be had for any drivers looking to stake their claim for next season.

And the best way to make a case for a promotion is to blow the doors off the guy in the other garage. Who will do that this year? And how will the fights turn out among the top teams? Cast your votes and have your say below. 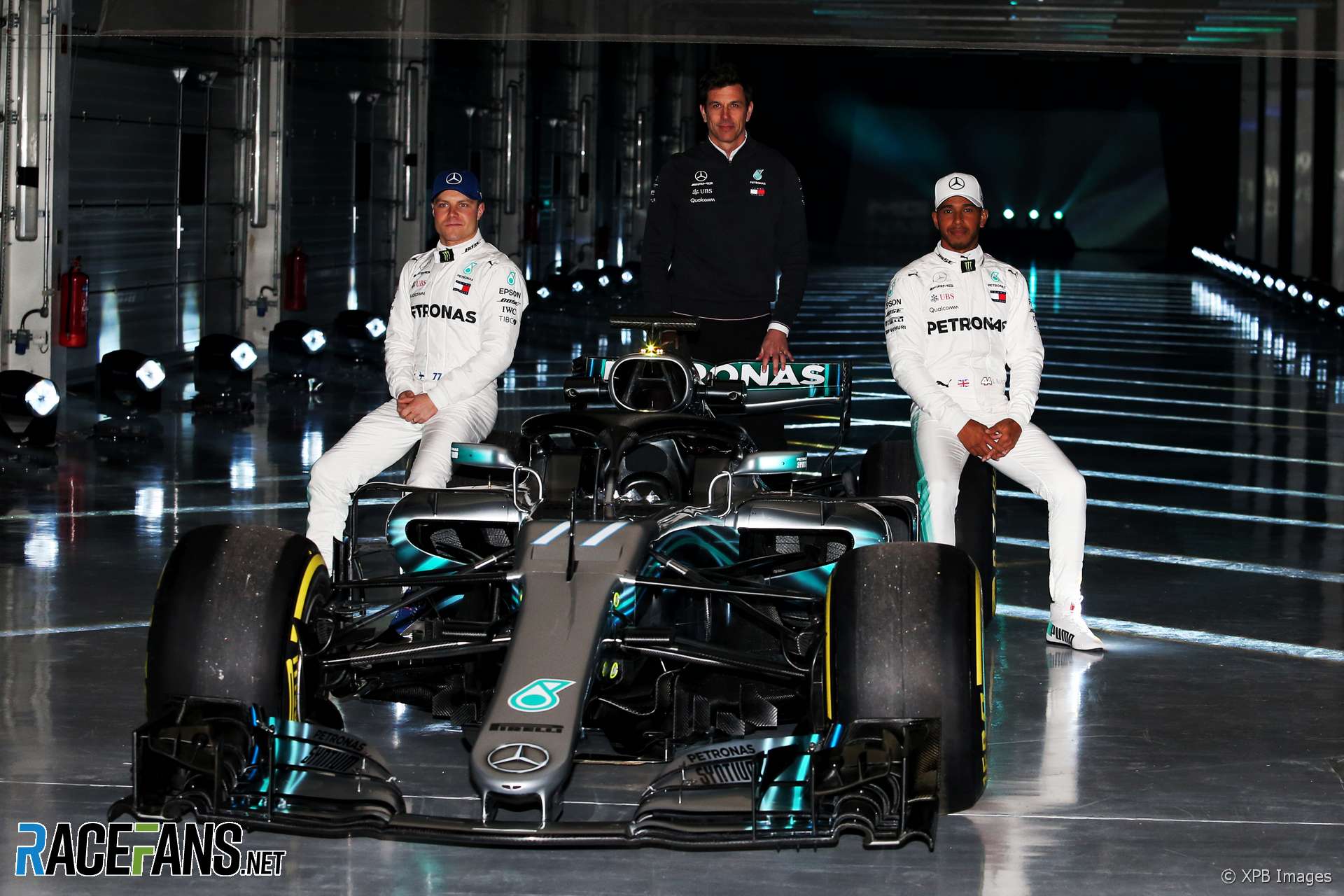 This is a make-or-break season for Valtteri Bottas. A strong start to his first season at Mercedes meant he was quickly signed up for a second year. But he slumped in the second half of the season and F1’s top team can choose from several great talents on the market for 2019.

Bottas demonstrated last year there were occasions where he could take Hamilton on in a straight fight and beat him. But in 2018 he needs to show those aren’t simply restricted to occasions when Hamilton isn’t completely on top of the car. It isn’t going to be easy, but Bottas has measured at least as well compared to Hamilton as Nico Rosberg did, and he managed to bag himself a championship. Bottas has to believe the same is possible.

Which Mercedes driver will finish ahead in the championship?

In their first year together as team mate Hamilton beat Bottas on every count including, most conclusively, the qualifying score line. But this was a much closer fight at the half-way point in the season. 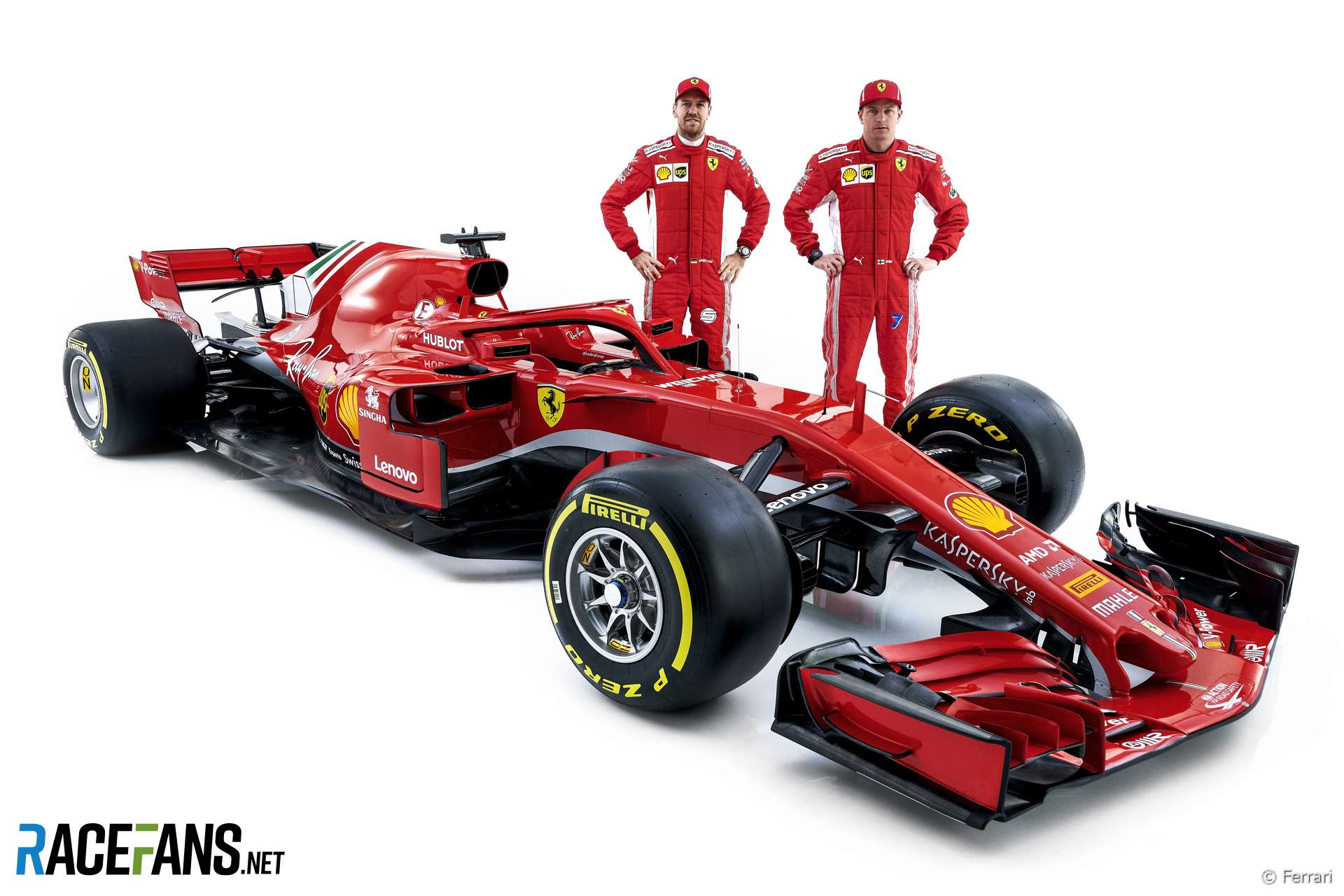 Kimi Raikkonen hasn’t beaten a team mate since he was partnered with Romain Grosjean at Lotus five years ago. And even then Grosjean increasingly had the upper hand over the second half of the season.

There were few signs last year that Raikkonen had it in him to consistently rival Sebastian Vettel for victories. It might have worked out differently in Monaco and Hungary, but Vettel’s title chances clearly took priority. Raikkonen earned another one-year extension on his Ferrari contract last season and will have to put up a reasonable showing against Vettel if he wants to stay in F1 for 2019.

Which Ferrari driver will finish ahead in the championship?

Vettel had Raikkonen comfortably handed in their first year as team mates but in 2016 Raikkonen, surprisingly, won the qualifying battle. It was back to business as usual for Vettel last year, thumping Raikkonen 15-4 on Saturdays and 14-2 on Sundays. 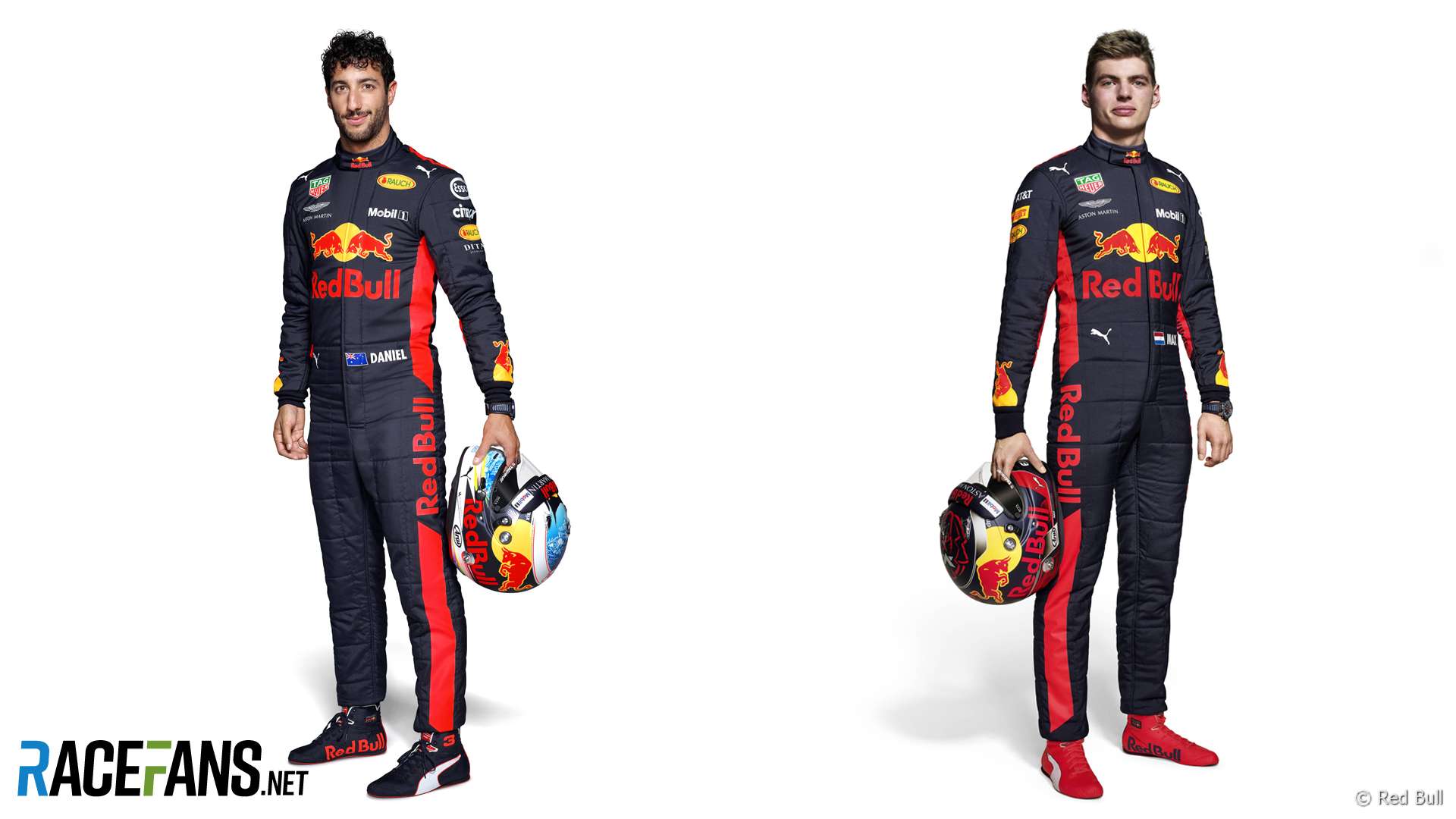 Hamilton weighed in one this one recently, declaring that Max Verstappen would have out-scored Daniel Ricciardo last year had it not been for his car’s unreliability. In point of fact, Ricciardo suffered more race-ending technical failures than Verstappen. However Verstappen’s retirements often came with rotten timing, such as in Baku where he should have won (and Ricciardo did instead).

Verstappen joined Ricciardo at Red Bull early in 2016 and while the more experienced driver had the upper hand to begin with, by the end of the season Verstappen was arguably showing greater promise. Ricciardo is no walkover, however. Christian Horner’s recent description of the pair being Red Bull’s most amicable driver pairing could be tested to the limit over the coming months.

The world champion’s assessment of how the Red Bull drivers squared up against each other last year is pretty sound: Ricciardo scored the most points but Verstappen was ahead on every other count. 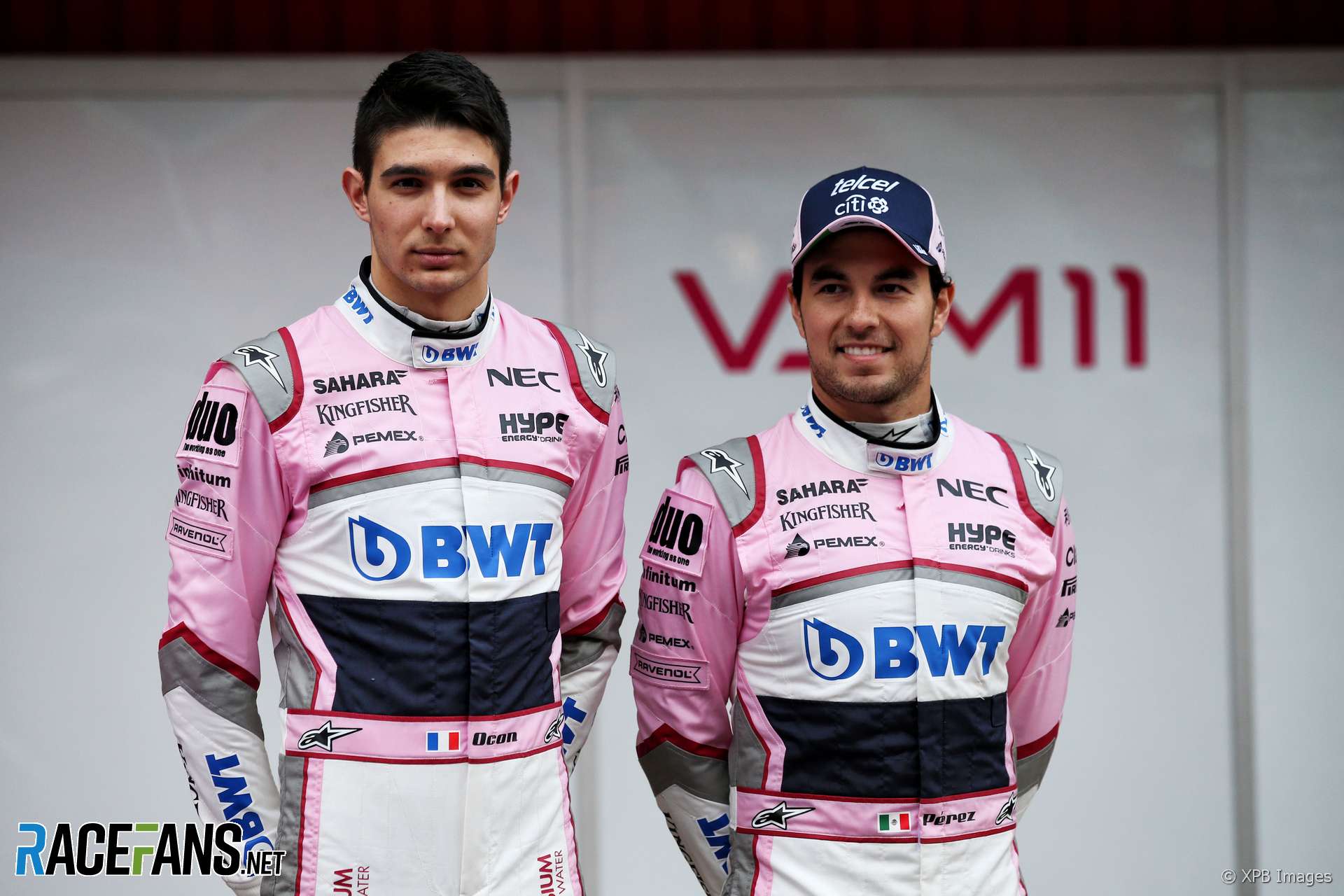 This was anything but amicable last year: At one point Esteban Ocon accused Sergio Perez of trying to kill him, then had to have extra security at the Mexican Grand Prix following death threats from Perez fans. Force India is likely to face much tougher competition in the midfield this year, so any repeat of the kind of incidents which cost them so dearly in Baku and Spa will be unacceptable.

Which Force India driver will finish ahead in the championship?

Having done half a season at Manor in 2016, Ocon had more experience of the tracks in the second half of last year and he clearly raised his game at this point, becoming a more consistent threat to Perez. He is quite a bit taller than his team mate, however, and if the VJM11 is close to the limit on weight that could work against him. Perez won this fight last year, but both need to stay out of each other’s way a bit more in 2018. 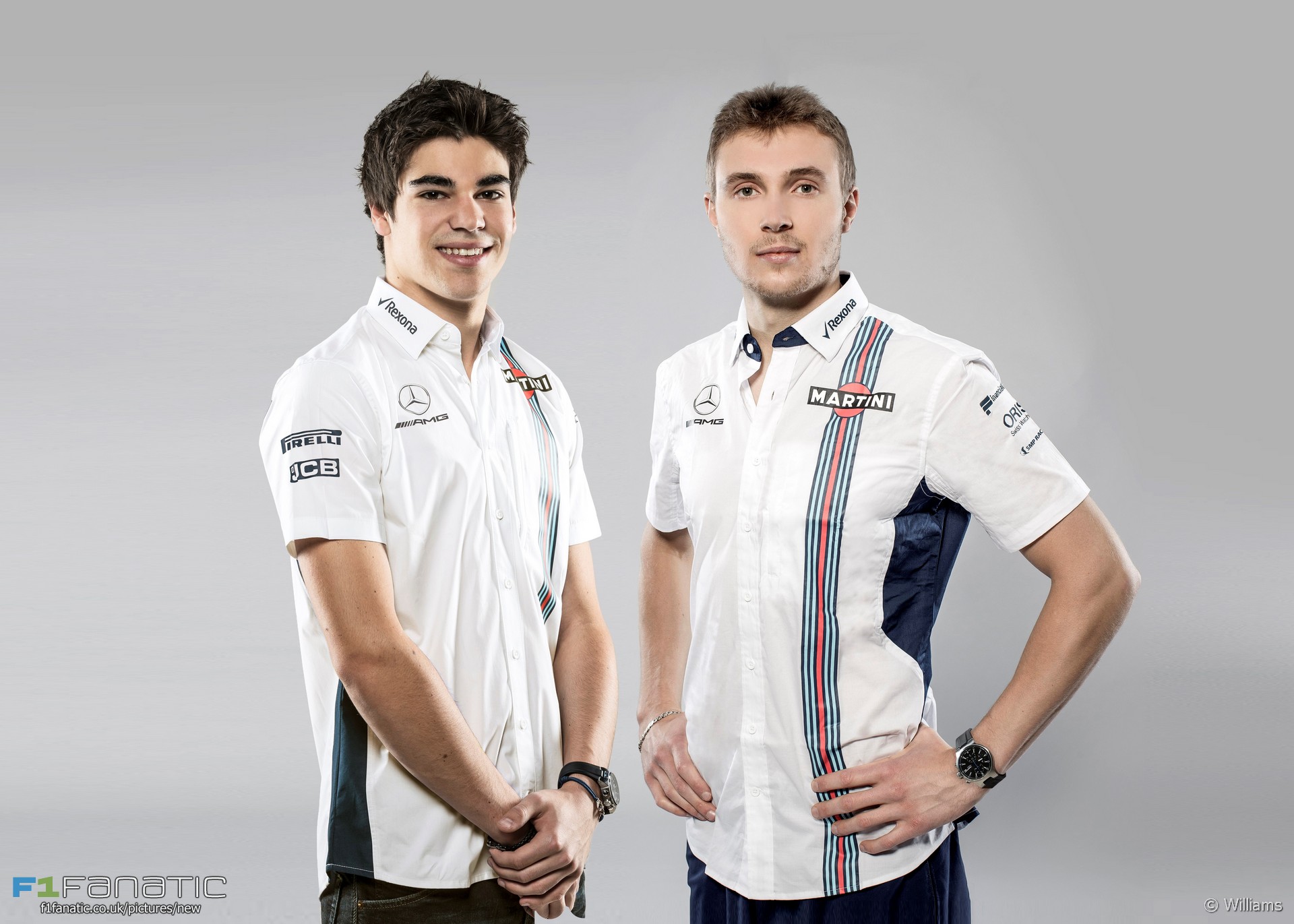 The first of the new driver pairings for 2018. Rookie Sergey Sirotkin may be race-rusty after spending most of last season in a test driver role at Renault.

Which Williams driver will finish ahead in the championship?

Williams has talked a lot about Lance Stroll’s two great results last year: the shock podium in Baku and his front row start at Monza. His dreadful qualifying scoreline against Felipe Massa has been largely overlooked. He is the more experienced, yet younger, of the team’s new drivers, and inevitably questions are being asked about how close either of them will get to the FW41’s true potential. 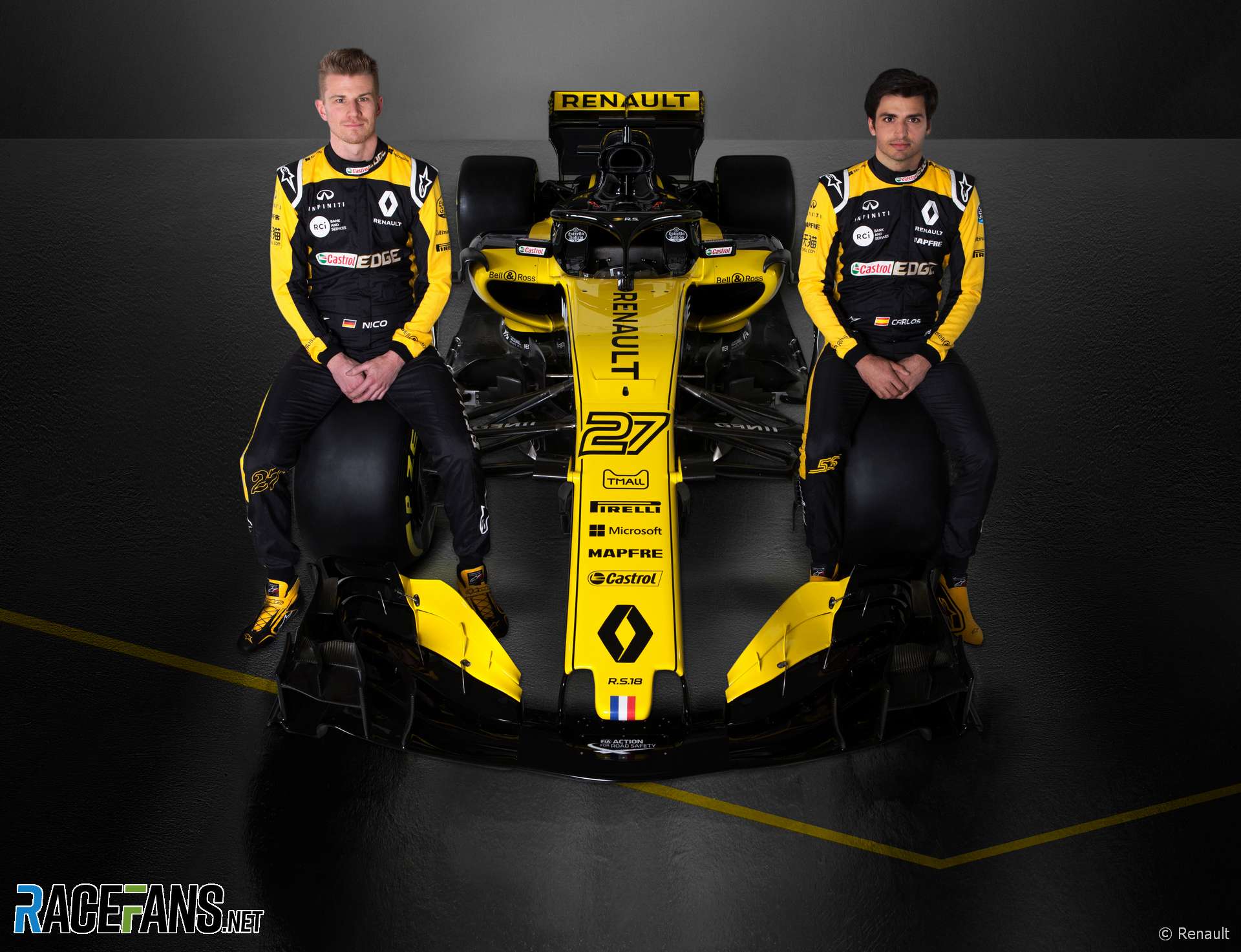 We only had a few races to compare Renault’s new driver line-up at the end of last year. Nico Hulkenberg tended to do better, but Carlos Sainz Jnr was having to acclimatise to a new car in little time. both drivers are looking to break out of the midfield and will view the RS18 as their best chance yet of grabbing their first podium finishes.

Which Renault driver will finish ahead in the championship?

A measure of how well Hulkenberg and Sainz did against their original team mates last year can be taken from the fact neither Jolyon Palmer nor Daniil Kvyat completed the season. 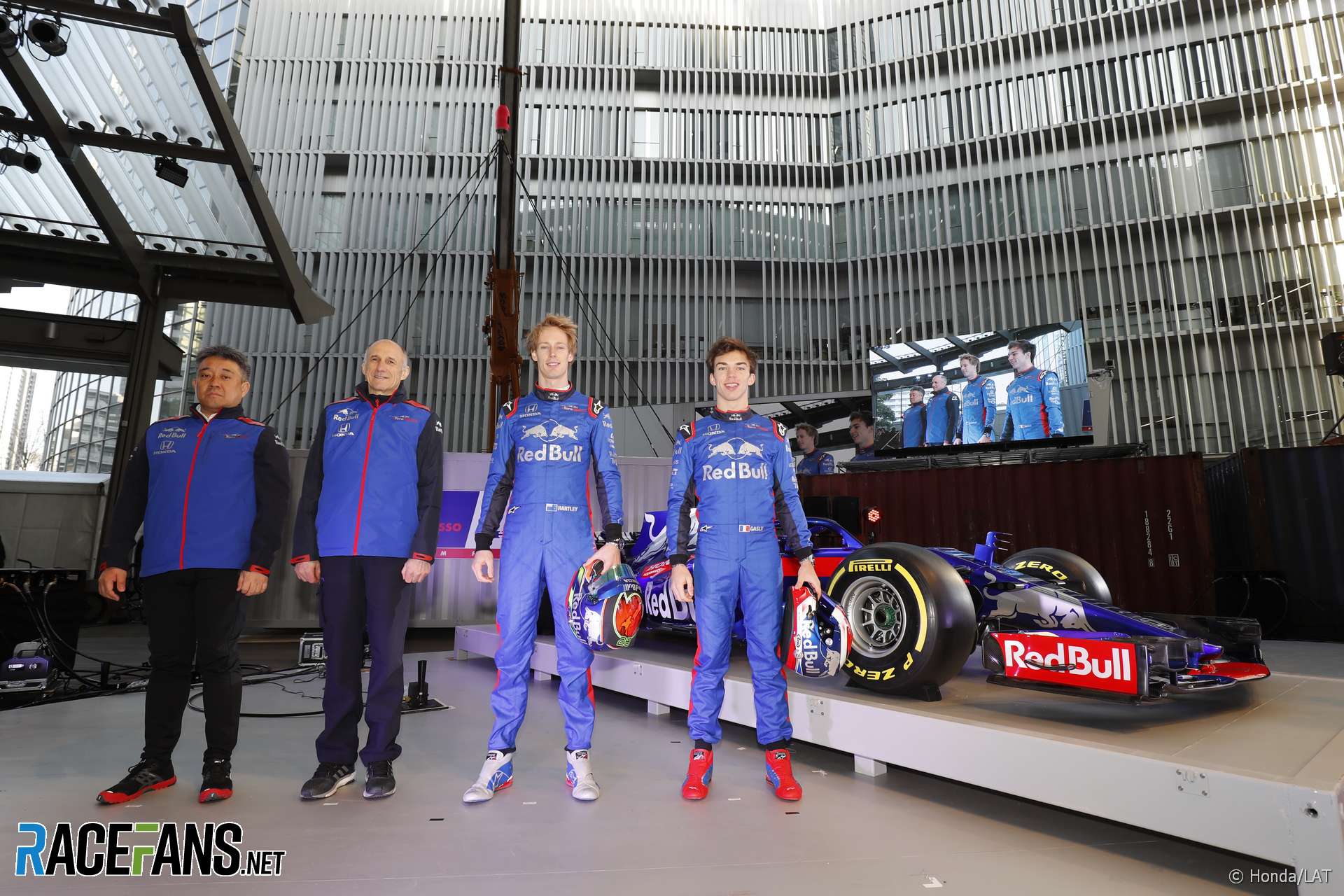 Toro Rosso’s latest rookie pairing is an intriguing one. Pierre Gasly took a while to bag a title in the junior categories, eventually taking the GP2 crown in 2016. He might have won the Super Formula crown last year as well had it not been for an unfortunately-timed typhoon.

Brendon Hartley has an excellent pedigree in LMP1 cars which should serve him well, though he had to readjust to several elements of single-seater racing, including standing starts, after his surprise call-up last year.

Which Toro Rosso driver will finish ahead in the championship?

Toro Rosso’s reliability problems were so bad at the end of last year it was hard to draw any meaningful comparisons between Gasly and Hartley in the handful of races they did together. Both will be hoping the latest Honda power unit is an improvement, though the signs last year were not encouraging. 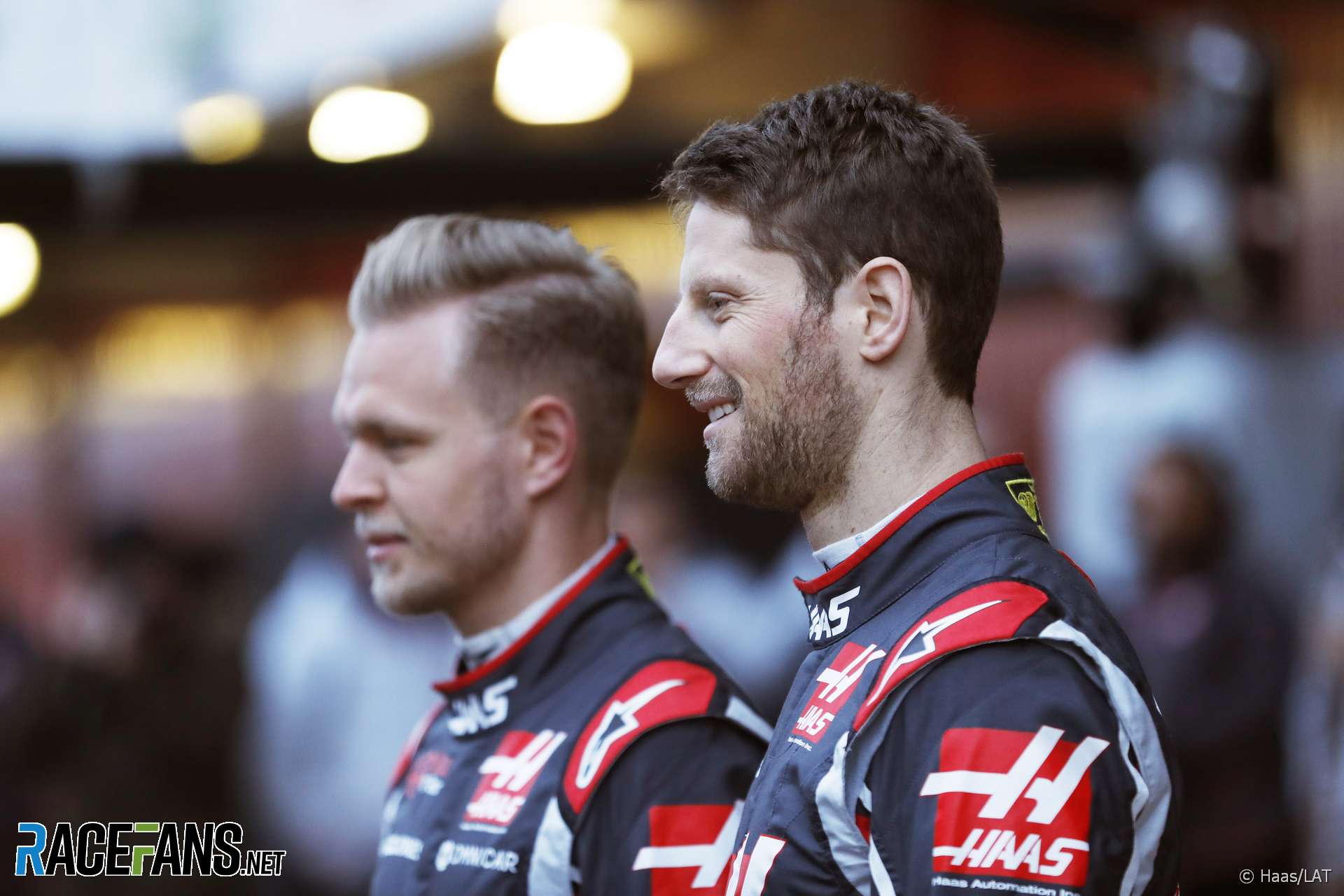 This is the first time in his entire career – not just F1 – that Kevin Magnussen has stayed with the same team from one season to the next. If he finds a benefit from that continuity it could be bad news from Romain Grosjean, who didn’t beat him team mate quite as conclusively as he perhaps should have done last year.

Which Haas driver will finish ahead in the championship?

Last year Grosjean scored more points but Magnussen took the chequered flag ahead of his team mate once more. 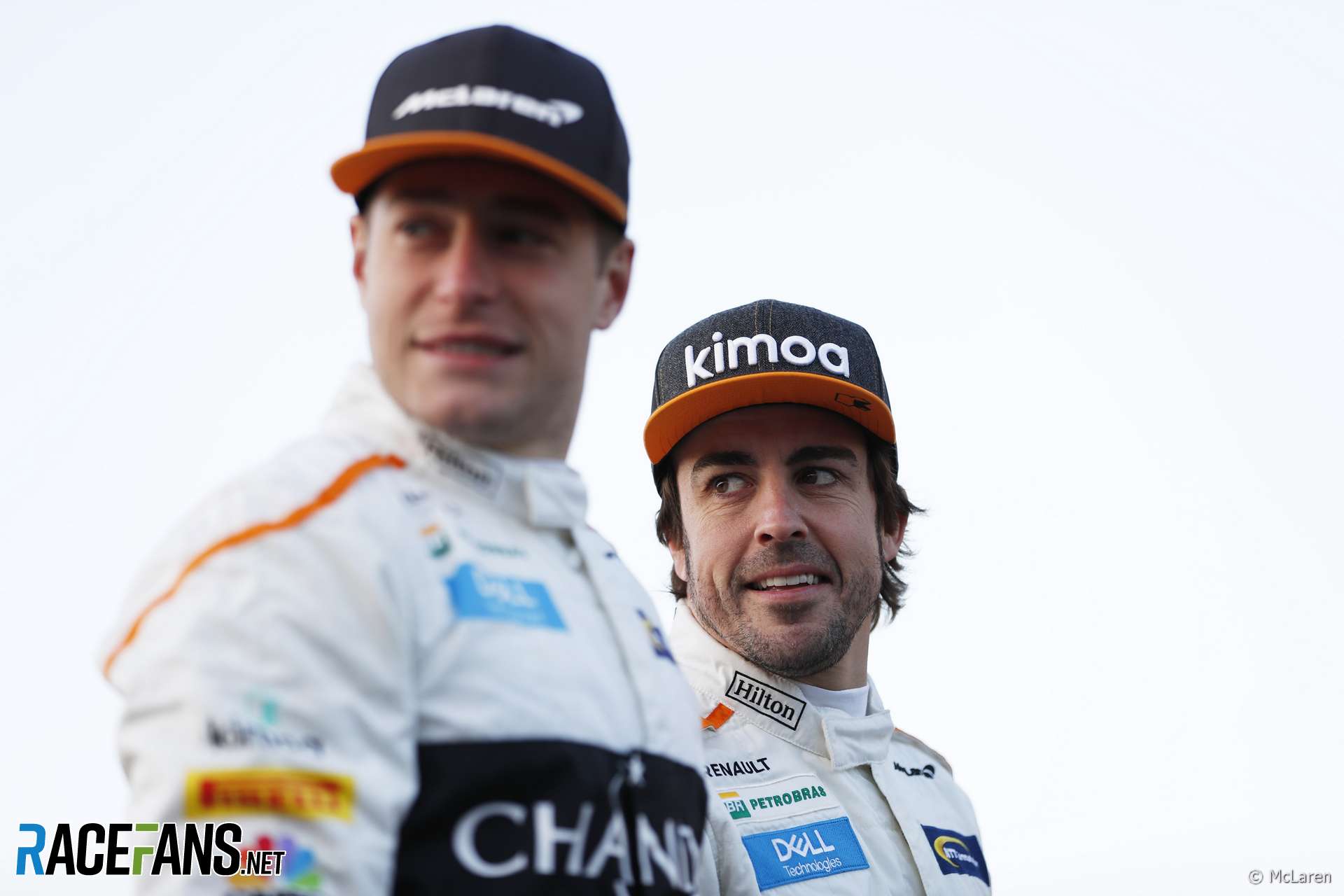 Does Fernando Alonso’s decision to dovetail a 21-race F1 season with half-a-dozen endurance races show he isn’t taking the threat from Stoffel Vandoorne very seriously? He had his young team mate easily handled in the woeful Honda-powered MCL32 last year, but Vandoorne showed progress later in the year once the car was able to cover a reasonable distance between breakdowns.

With Lando Norris waiting in the wings, Vandoorne must raise his game against Alonso to hold onto his place in F1. There wasn’t a great difference in their points hauls last year but Alonso was supreme in qualifying, winning 15-3.

Marcus Ericsson may have gone over two years without scoring a point but he reckons he can take on and beat highly rated young Ferrari driver Charles Leclerc. How will they stack up against each other in the same car? Their form in Formula Two (previously GP2) may provide a hint: Leclerc dominated the championship in his rookie season; it took Ericsson four years to end a season as high as sixth.

Pascal Wehrlein out-qualified and out-raced Ericsson last year, though perhaps not as regularly as he would have liked. According to Ericsson they were “the two closest team mates on average speed-wise over the year”.