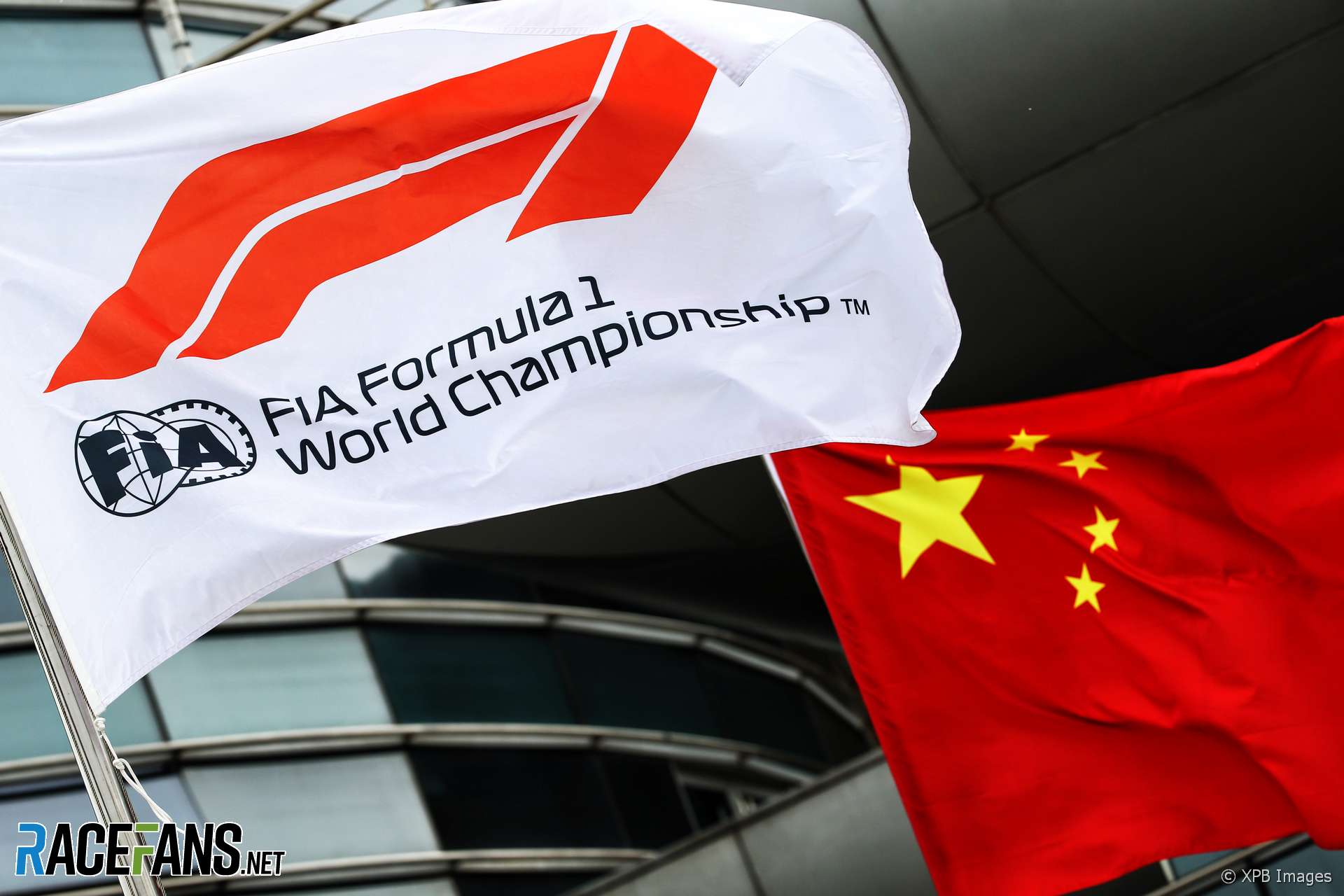 Last year Friday running at the Chinese Grand Prix was badly disrupted due to fog. The conditions limited drivers to a maximum of eight laps during the opening practice session, and the session was cancelled entirely due to the poor visibility conditions, which prevented the medical helicopter from being used.

Friday could again see the worst of the weekend’s weather this year. A band of rain is expected to reach the track tomorrow, but forecasts vary as to exactly when it might arrive. Some indicate the weather won’t take a turn for the worst until after the second practice session has ended, at 3:30pm local time. A few thunderstorms are possible later in the day.

The rain will last into Saturday and while there’s a good chance it could affect final practice, by qualifying the skies should be clearing.

Temperatures will begin on the low side and will fall as the weekend goes on. Friday could see air temperatures rise to 20C but the mercury will drop as the rain arrives and could be in the mid-teens as Q1 begins.

On race day the sun should finally appear but air temperatures are still likely to remain in the 17C region. This will be slightly higher than last year, when the race started on a damp track.

However compared to last weekend’s race the teams will experience much cooler conditions on the whole. As we’ve seen already this can have a strong effect on how will the cars perform and use their tyres. Mercedes favour cooler temperatures while the likes of Ferrari and Haas expect to miss the warmth of Bahrain.