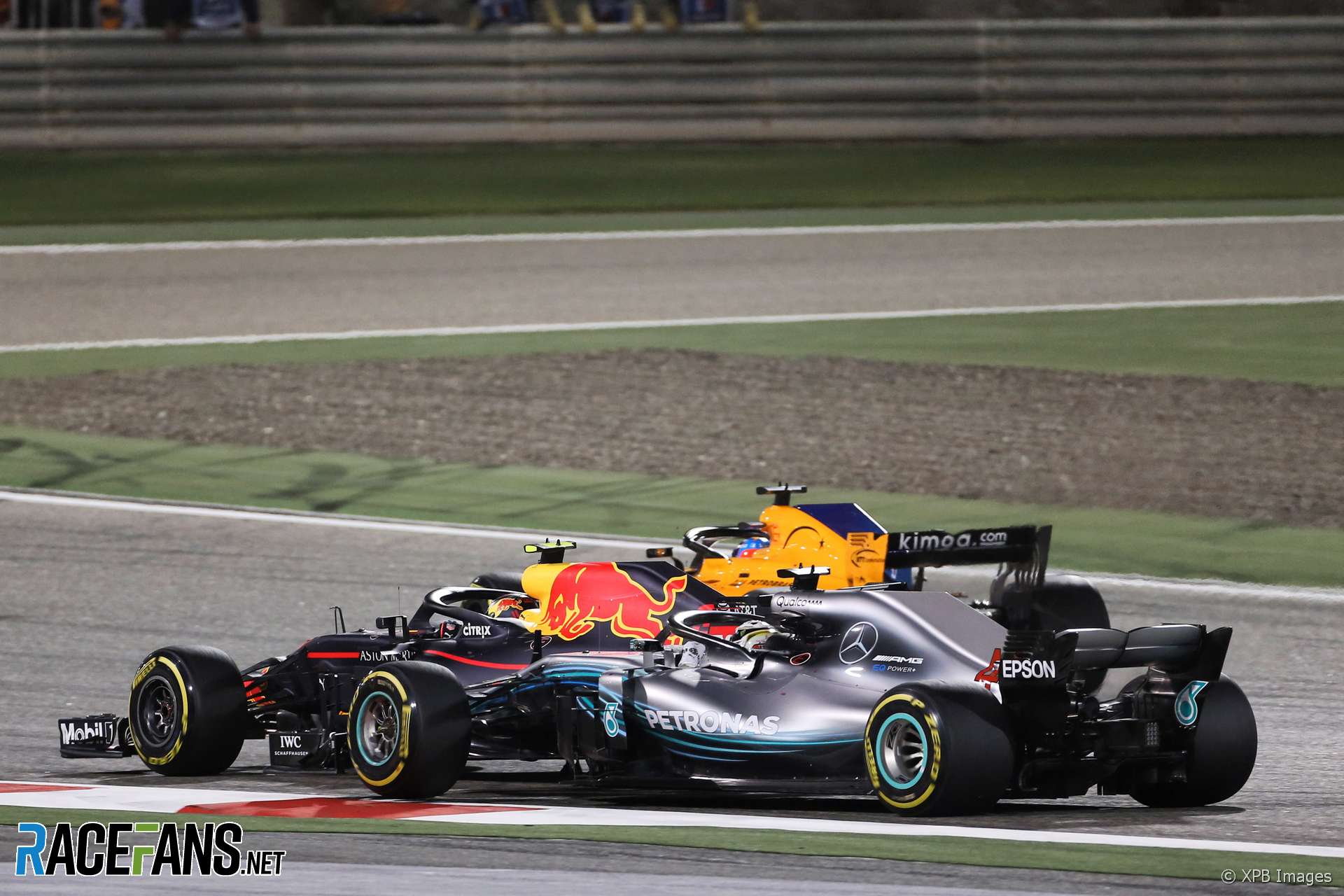 Lewis Hamilton said he will take more care with his remarks in the cool-down room after he was heard describing Max Verstappen as a “dickhead” following their clash in Bahrain.

The Mercedes driver did not expect his comments about their lap two clash to be broadcast live. “I think I’ve been pretty good all these years, I think it’s the first time I’ve forgot the camera’s there,” he said.

Hamilton and Verstappen shook hands in Shanghai today ahead of this weekend’s race.

“I just saw Max just now and I think it’s always good to show respect, being that I’m the older driver I felt that was important that I went to him,” said Hamilton.

“So as we were signing [autographs] just now I shook his hand and said ‘I’m sorry about the last race’. Regardless of if it’s his fault or my fault, it’s in the past.

“I think hopefully that sign of respect shows a lot and helps you kind of turn a page and move forwards racing each other and hopefully keeps respect between you because I think that’s important between drivers.”

Hamilton said he made his comments in the heat of the moment.

“Imagine you’re in a scenario where your senses are heightened, your emotions are running crazy, and you’re infuriated but yet you’re excited and adrenaline rush and someone sticks a mic in your face, you’re probably not going to answer as well as you would, as calm as you are right now. But people will judge you on that moment. You’re not going to feel great.

“It is good in sports to see some emotional stuff. This is definitely a sport that… you got to a hockey game and they don’t mind they have punch-ups and stuff, it’s cool. You go to a NASCAR race and there’s punch-ups. For some reason it’s reacted to differently [here], if we had a punch-up here, jeez, your career would be over. I don’t know why that is.”