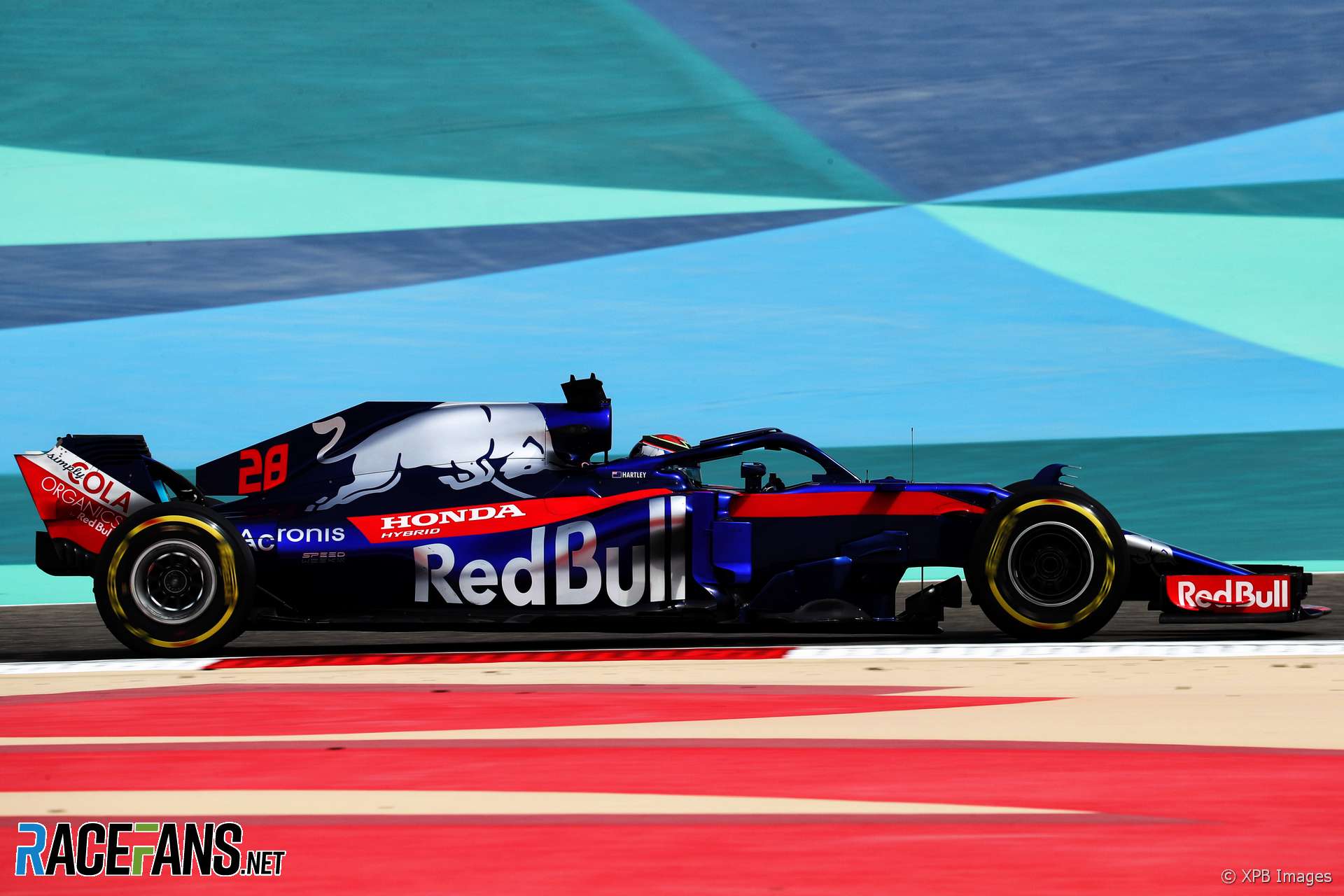 Brendon Hartley says he expects Toro Rosso to continue the competitive form they shows in Bahrain when the F1 season continues in Shanghai this weekend.

Pierre Gasly qualified fifth and finished fourth while Hartley suffered a more trying weekend and failed to score. However he believes the team’s newfound pace won’t prove to be a one-off.

“The updates and the set-up change we made drastically improved the car,” he said. “I see no reason why it should only be in Bahrain we had this great race car.”

The improvement in the STR13 was obvious from his first lap with the upgrade in final practice, said Hartley.

“Even after the install I said ‘wow guys, we’ve really made a good step in the right direction.'”

The most noticeable gains came from the car’s balance while cornering. “It’s all very well having a great amount of grip in the mid-corner,” he said, “but it’s the balance you have in the different phases of the corner which can really make a big different as well. Immediately we saw a big improvement.

“Also medium-high speed, there was definitely more load. I think from my first lap in P3 there was a huge difference compared to the day before.”

Gasly says this weekend’s race will be a useful benchmark for how well the car will perform at other circuits.

“I think definitely we understood much more about our car potential, car setup, about the tyres,” he said. “But still we need confirmation and I think this weekend will be a good opportunity to judge our baseline and see if the potential is the same on other tracks.

“Definitely we need to be quite careful. Bahrain has been so good for us and I don’t know if it’s going to be similar on other tracks. So yeah, hopefully it’s going to be the same but we’ll find out tomorrow.”