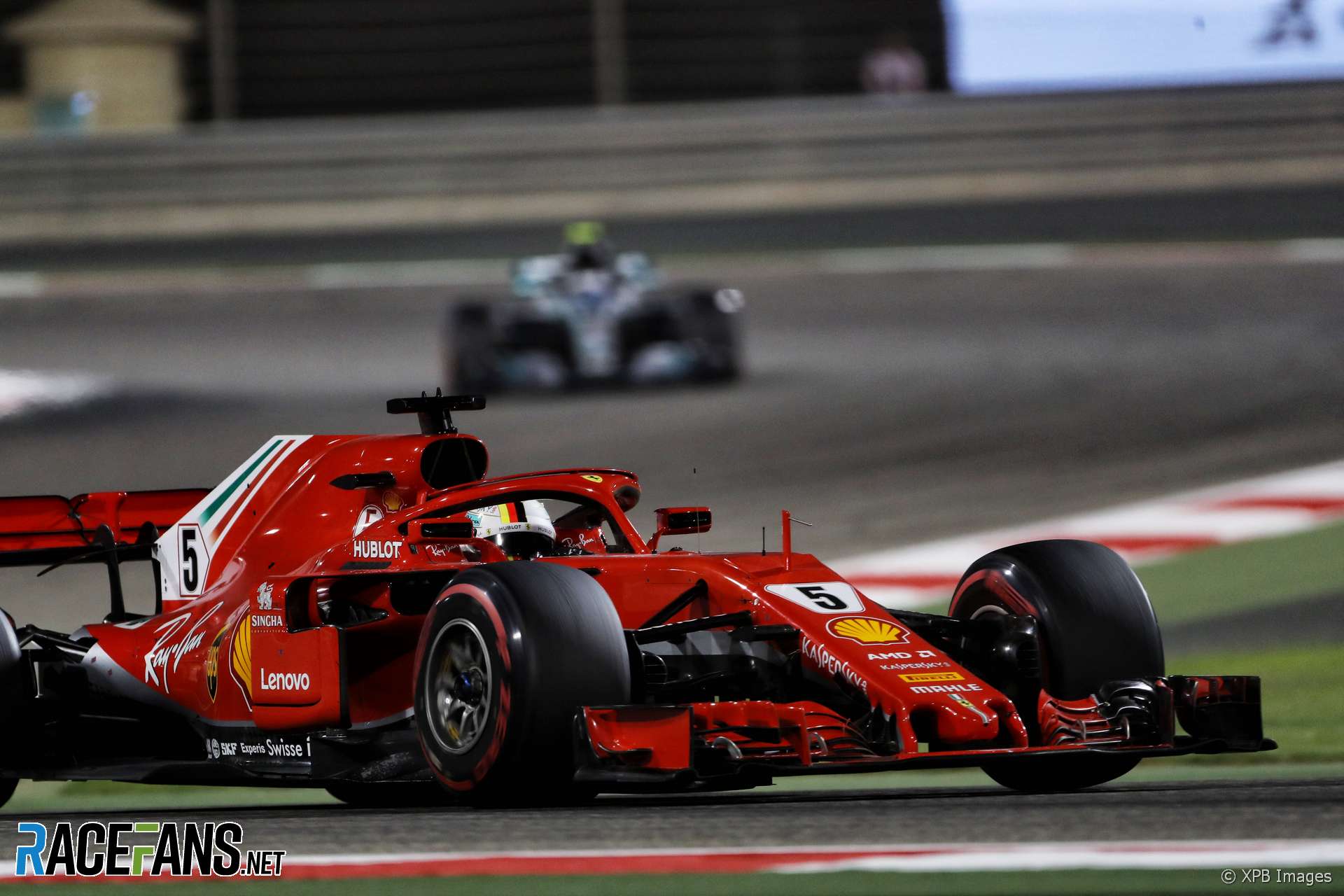 Daniel Ricciardo said he watched the end of the Bahrain Grand Prix hoping Valtteri Bottas would make a last-lap attempt to pass Sebastian Vettel for the win.

The Red Bull driver retired from the race early on and watched the final laps from his hotel room. He said he wasn’t cheering for either driver in the fight for victory.

“I’m cheering for some excitement,” said Ricciardo. “I don’t mind if Seb wins or Valtteri wins, I’m not bothered.

“For sure I was watching, I was like ‘make a move’, go. Because obviously the fans want to see it as well. But he didn’t.”

Bottas feinted towards the inside of Vettel at turn one on the final lap but decided against making a move because he was too far back.

Ricciardo suspected Bottas was hoping to make a move at turn four, but said he should have committed at turn one. “Maybe in Valtteri’s head he was like ‘I’ll get him in turn four in the end’,” said Ricciardo. “For me the first opportunity you have to take. If he’d locked up and went wide, he’s still finishing second.

“I don’t want to tell him all my tips,” Ricciardo joked. “But I wouldn’t be content, if it was for a win, that’s not in me at least.”

Ricciardo says he doesn’t hold back from attempting passes if the driver he’s battling with has a reputation for being aggressive.

“My approach doesn’t change whether it’s a more aggressive driver or not, if I see the gap I go. I wouldn’t say I change the approach or say ‘he’s a lot easier’.

“If they turn in, it is what it is. I’d much rather try than sit behind and wonder.”

48 comments on “Ricciardo: Bottas should have tried turn one move on Vettel”