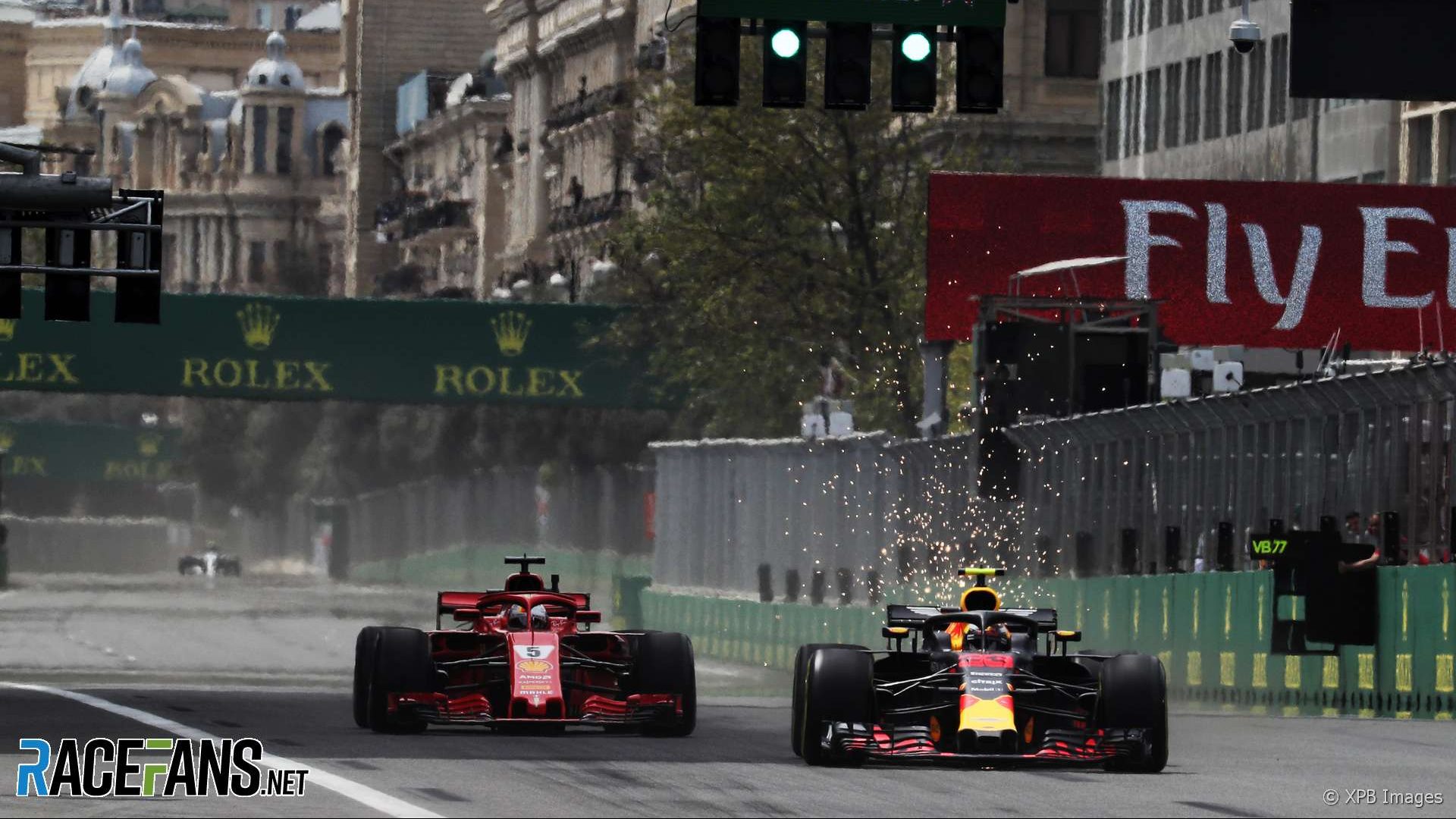 On paper, Baku does not look like a Red Bull kind of circuit. Yet they won a hectic race at the track last year with a car which was considerably less competitive than the one they have now.

Today, as last year, they were quickest at the end of running on Friday. Daniel Ricciardo headed the times by less than a tenth of a second over Kimi Raikkonen’s Ferrari. Is that going to make them contenders for pole position on Saturday?

Max Verstappen’s words on Thursday indicate he thinks not. “In qualifying it’s always a bit tricky because we don’t have the power modes to really fight with them. In practice we need to be a few tenths ahead of them to really fight in qualifying.” However Ricciardo expects their car will be “very strong” in race trim.

Seeing Valtteri Bottas and Lewis Hamilton lying 0.7 and 0.8 seconds respectively off the best times suggests Mercedes’ reign as the dominant force in Baku is over. We have seen some huge swings in performance from Friday to Saturday from them in the past: last year they were 0.1s off the pace on Friday then led qualifying by over a second.

However Ferrari is likely to be a much bigger threat for pole position. They swept the front row in the last two races and seem to have a much better handle on how to prepare the tyres for a single flying lap than Mercedes.

With Pirelli expecting a one-stop strategy to be the way to go we’re less likely to see front-running teams starting the race on something other than the ultra-softs. Mercedes may be more wary of them than most having had some graining in the cool conditions on Friday. The possibility of even cooler weather on Sunday which could make that problem worse. However as the track rubbers in the grip should improve and graining therefore become less of a worry.

Further back the margins between the teams are particularly fine. Force India’s gradual improvement has continued: in China they could have had both cars in Q3 but Esteban Ocon made a mistake at the final corner.

There is a big potential for variability as well, however. The slipstream effect is very strong on Baku’s long straights and it wouldn’t be a surprise to see some teams attempt to co-ordinate their drivers to exploit this. Fernando Alonso is a fan of this tactic and McLaren have tried it with their drivers in practice.

However the strong winds expected on Saturday could catch drivers out. A tailwind in a braking zone or a headwind on a straight could ruin a drivers’ lap, and vice-versa. Cars tend to differ in their sensitivity to wind levels: the Renault drivers suffered with it in Melbourne.

Kevin Magnussen is unsure how much of an effect it will have on his Haas. “We haven’t got a clear idea whether we’re going to be less competitive,” he said “In the times we’ve had wind you can feel it a lot and it upsets the car a lot. I’m hoping everyone has that.”

Some weather reports indicate the wind on Saturday will be so strong no one will be immune from its effects. It could add a lottery element to a qualifying session which already looks finely-poised.

“It depends how strong it is,” said Romain Grosjean. “If it’s 10, 20kph headwind or tailwind, it does change the braking point and the downforce you get.”

5 comments on “Drivers braced for 80kph wind gusts in qualifying”