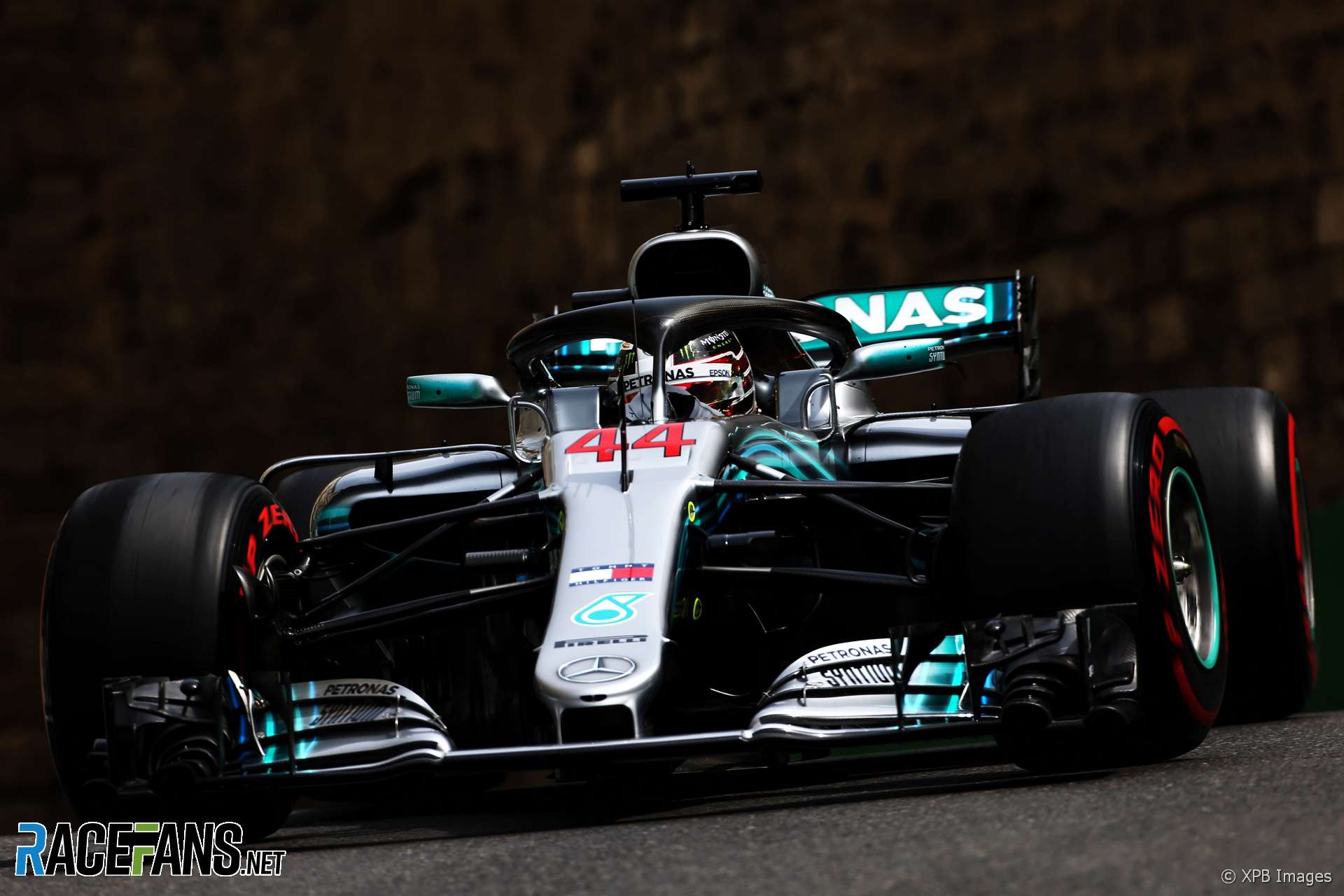 Lewis Hamilton said Mercedes are lagging behind Red Bull and Ferrari at the end of day one in Baku.

At the last race in Shanghai the world champion claimed Mercedes is now the second or third-quickest team in F1. He arrived in Azerbaijan expecting another tough contest with their closest rivals.

“I did anticipate it would be very close coming into this weekend from previous race experience,” said Hamilton. “It’s been a smooth day, we got through everything we needed. But we’re not quick enough.

“Red Bull’s definitely quite a bit ahead and I couldn’t match their time today so we’ve got some work to do.”

Hamilton ended the second practice session a few hundredths of a second slower than team mate Valtteri Bottas but eight-tenths of a second off the best time set by the Red Bull of Daniel Ricciardo and a similar margin behind Kimi Raikkonen in the Ferrari.

“I think they’re both currently ahead, as they were in the last race but more so,” he reflected. “Today Red Bull seemed to pick up quite a bit of pace.”

Hamilton said he would be “knocking on the door of all the engineers” at Mercedes tonight. He echoed Bottas’s view that the team hasn’t got to grips with the 2018 F1 tyre compounds yet, particularly in the cooler conditions in Baku this year.

“There’s a lot of corners and being that it’s quite cool the tyres are still an issue,” said Hamilton, adding he’d had some graining on his right-front tyre. “It’s really this new tyre that we have, [we’re] still trying to understand it,” he added.