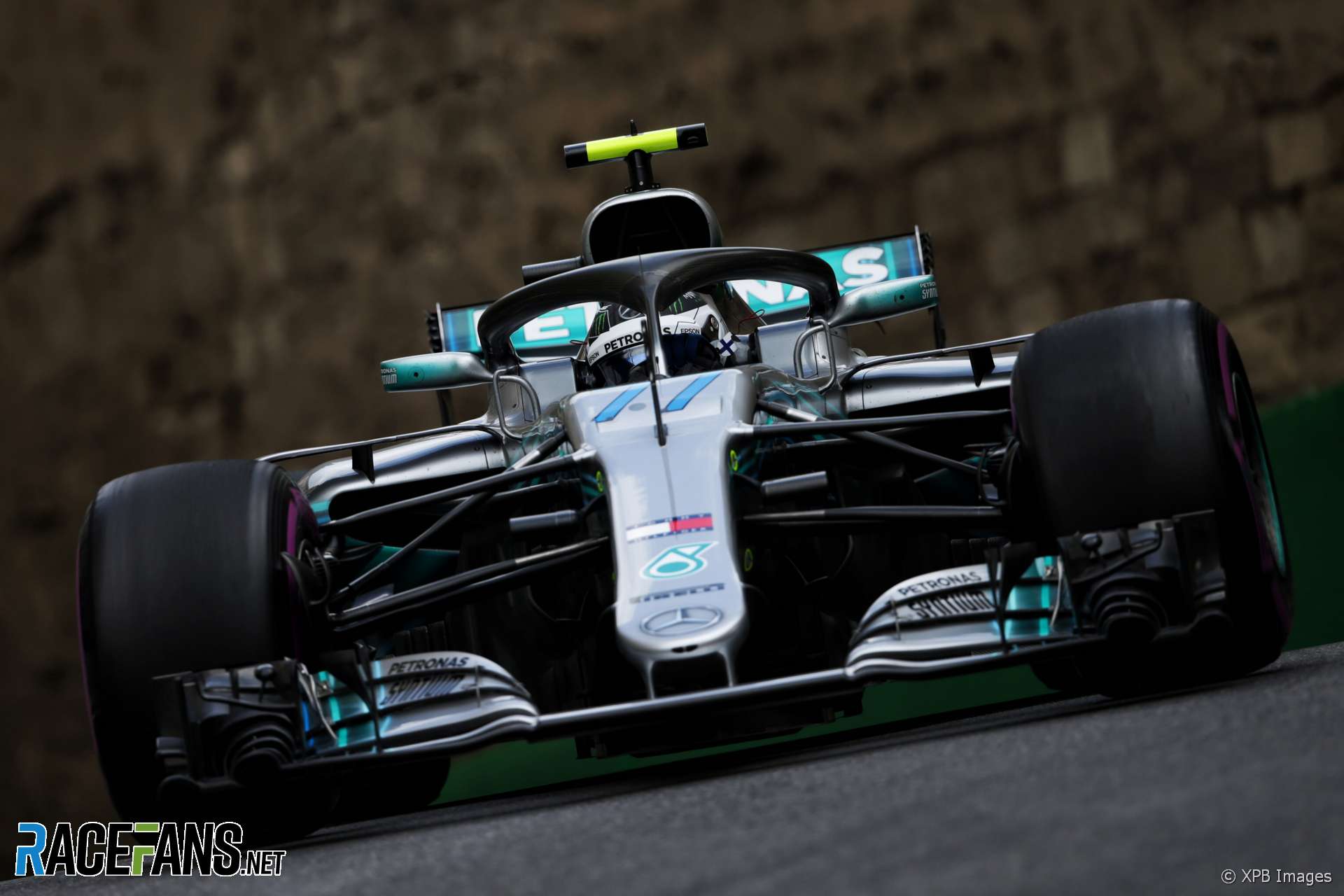 Mercedes dominated qualifying in the first two races at the Baku City Circuit, leaving the competition over a second behind in 2016 and 2017. But the world champions have taken a big step backwards in 2018.

The team has lost its way badly at the start of the new season and wasn’t able to get within one second of its quickest time from last year in qualifying.

They are not the only team which has failed to make progress. Half of the 10 teams posted slower times than they managed at this track last year. However it is striking that all three Mercedes-powered teams are among them, while all the Ferrari-powered teams have got quicker at what is one of the most power-sensitive circuits on the calendar.

The change in time for this year’s race will also have an effect. Conditions are the track are cooler and windier than when this race was last held in June.

For the third time in four races Toro Rosso are slower than they were last year. This time instead of being a few hundredths off they are one-and-a-half seconds slower. However that will owe something to the circumstances of how their cars were eliminated during Q1, when Brendon Hartley picked up a puncture and inadvertently delayed team mate Pierre Gasly.

Renault has made the biggest gain year-on-year. McLaren is next, but the team’s fastest time of the weekend so far occurred in Q2, where Fernando Alonso had the benefit of a substantial tow. They were three-tenths of a second slower than that pace in qualifying, though it still wouldn’t have been enough for him to reach Q3.

While pole sitters Ferrari have got quicker year-on-year, the pole position time for this track compared to last season is slower. This is the first time this has happened this year.