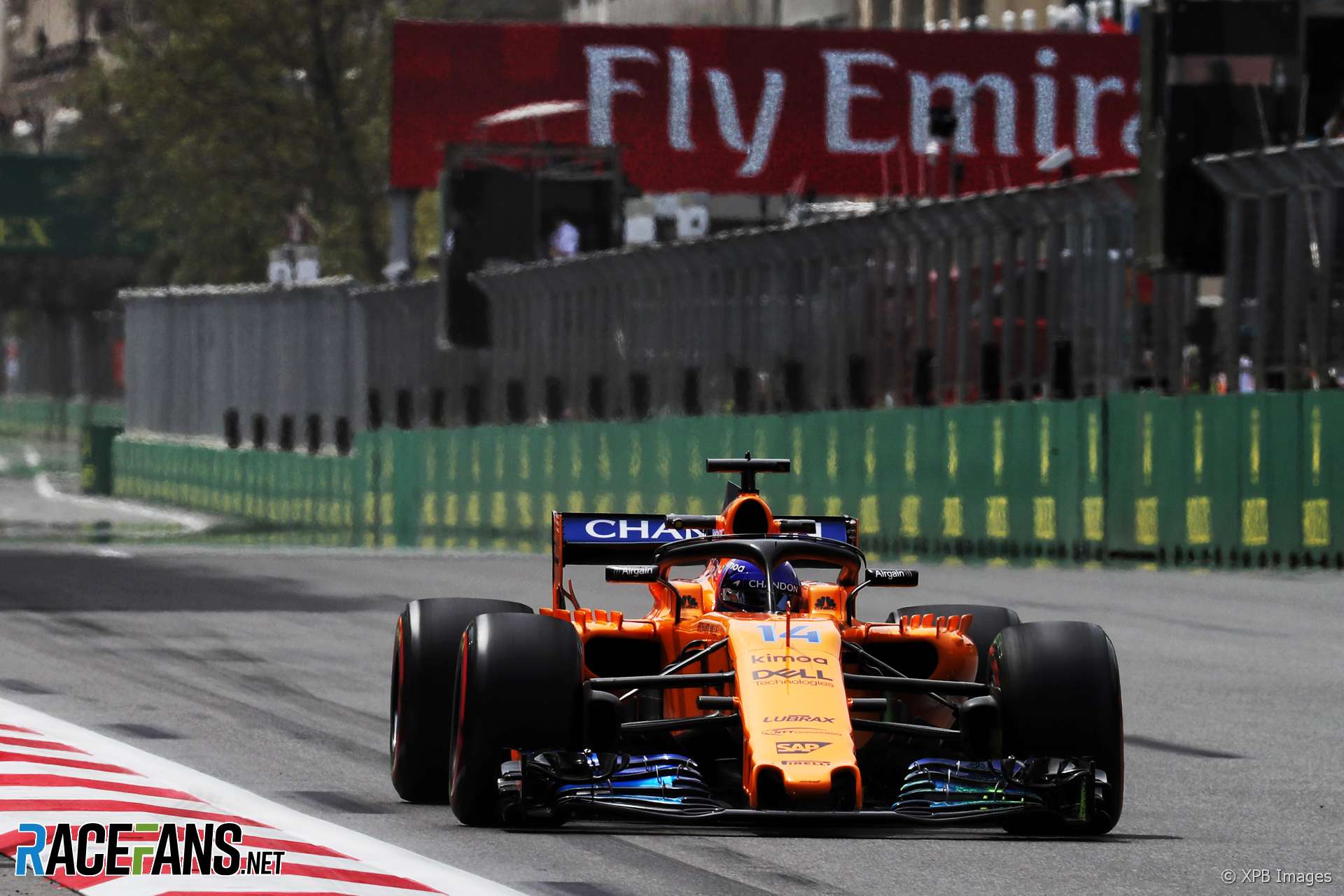 Although Alonso said the changes worked he still expects the team will be at a disadvantage on the straights.

I think we tested already a couple of things today. They were on the positive side. I think we picked up a little bit of extra speed compared with the previous races so I’m quite happy with those changes. It didn’t compromise the corners for the slow speed sectors so more things to come. I know it’s going to be one of our weaknesses this weekend but hopefully less than other races.

Hamilton not the racer he once was, says Ecclestone (Sky)

"It would be nice to see Sebastian win because he's a mate of mine and I support him always."

Magnussen, hard and fast and a blast from the past (Reuters)

"His experience at the FIA is three years versus well over 10 years as an aerodynamicist in teams."

"According to the latest information, tickets for Filarmoniya, Icherisheher, Bulvar grandstands and Absheron B and Absheron C are completely sold out."

McMurray spins, goes airborne in 'Big One' (NASCAR via YouTube)

Given its 5pm on a Friday this is a fairly impressive punter turnout for the #ParisePrix shakedown 😮 pic.twitter.com/vzzFKjKdzM

One hour into FP2, Alonso is mixing with the top three teams 💪

Love the track here in Baku. Always lots of adrenaline in my veins driving a f1 car but when you’re millimetres from the walls (or sometimes kissing them 😅) there is much more, it’s a nice feeling. At times we were competitive today but we need to find a bit more tomorrow. We are all working on it 👍 @tororosso @hondaracingf1 @gettysport

The FIA is planning to stamp out exhaust-blowing next year, but should they?

It is so stupid, it isn’t even a loophole, Renault placed their exhaust within the rules, and they are gaining a small benefit entirely on gases that are blown naturally with acceleration. This restriction on everything is so frustrating.

Ban blown exhaust created from engine mappings, that’s fine, there are reasons for that, but this is just nonsense.
Joao (@Johnmilk)