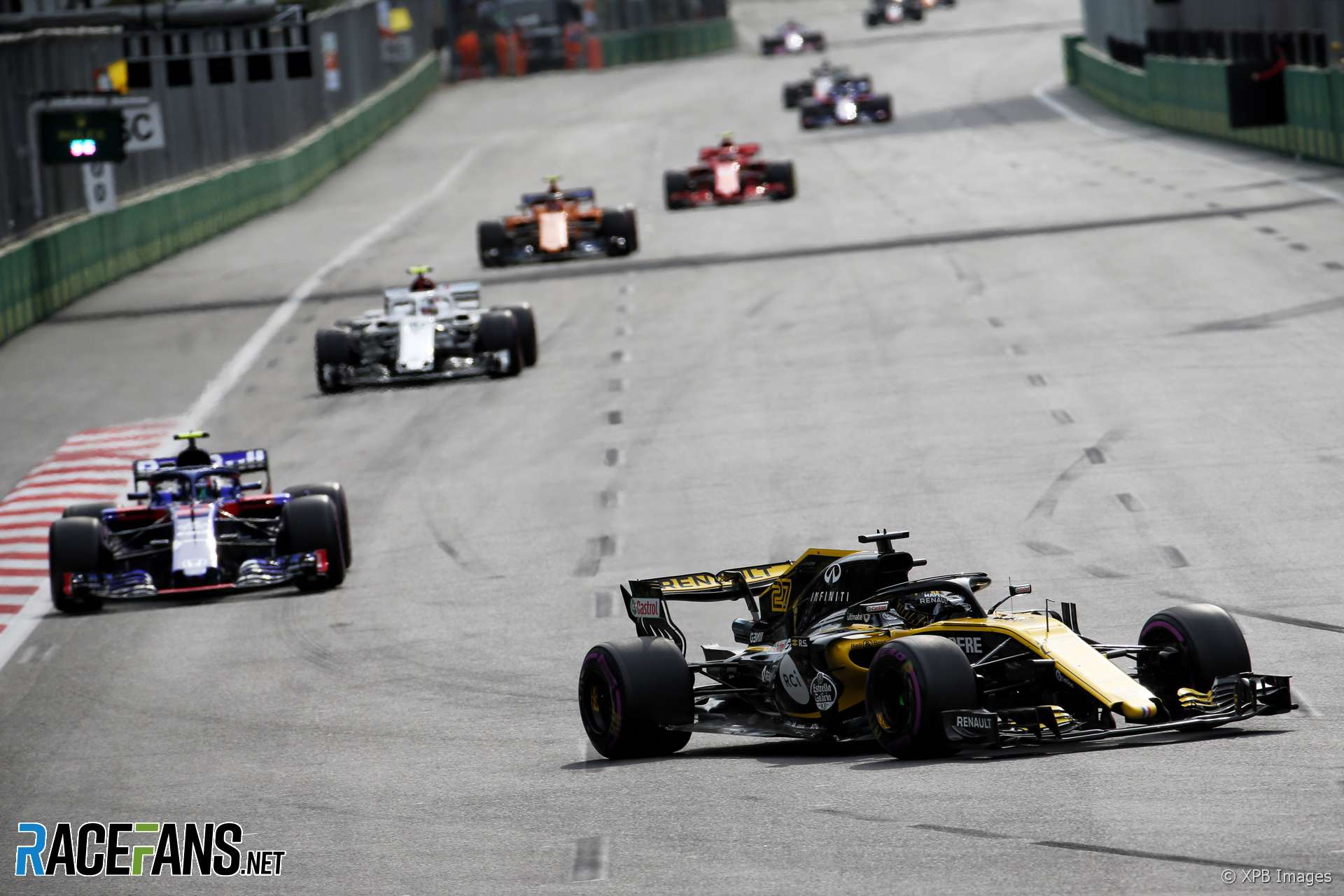 Formula One teams will vote today on whether to approve four changes to cars which could make overtaking easier in the 2019 F1 season.

RaceFans understands F1 bosses are confident the proposed tweaks to the front wings, rear wings, brake ducts and bargeboards will have a positive effect on how closely cars can run together. The majority of teams have studied the proposals using CFD and shared their findings last week.

The proposals face a crunch vote today because any changes to the technical regulations for 2019 made from tomorrow will require unanimous approval. An electronic vote of the members of the F1 Strategy Group, F1 Commission and World Motor Sport Council is being held. The changes require 70% approval from the commission to go ahead.

The changes are being voted on in two parts. The first is to approve changes to the front wing (reducing the outwashing effect), simplifying the front brake ducts (including a ban on winglets) and increasing the width and depth of the rear wing. A second vote will be taken on whether to simplify elements of the barge boards.

Increasing the size of the rear wing would potentially increase the power of DRS. This could prompt further changes in the position and length of DRS zones.

Teams have faced a short turnaround to approve the changes which were first proposed at the Bahrain Grand Prix. However F1 bosses feel the plans have benefited from more research than most recent rules changes.

RaceFans has also learned there is concern that failing to act now will mean the overtaking problem continues to worsen as the technical regulations remain unchanged and teams continue to find more downforce from their cars.

Mercedes executive director Toto Wolff praised the research which had gone into the proposal. “They did some really good work and there is some data which we will intensely discuss [today] in the factory and come up with a yes or no,” he said.

Force India chief operating officer Otmar Szafnauer said the teams wanted the opportunity to research the changes themselves ahead of the “drop dead date” of today’s vote.

“My opinion is if you do it with scientific experiments and you have a better understanding of what the outcome’s going to be than just rolling the dice then you should wait because the better information you have the better the decision you have,” he said.

Szafnauer added there has been no discussion of a moratorium to allow the vote to be taken after today.