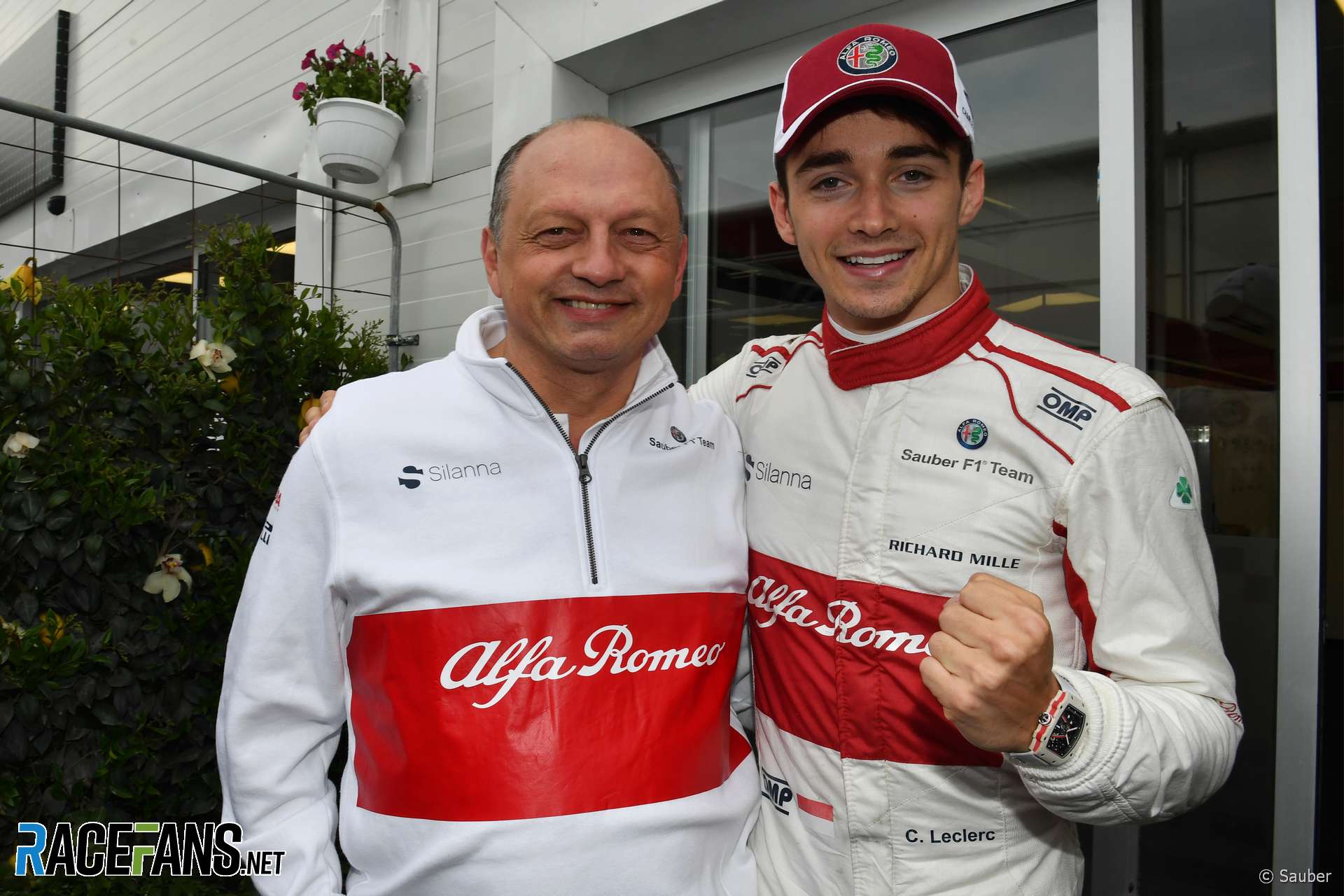 This was the kind of giant-killing performance many expected from the reigning Formula Two champion. Particularly after his inspired performance in Baku last year.

Leclerc was miles ahead of Marcus Ericsson in qualifying. From 13th on the grid he avoided the various first-lap collisions, then fought his way past Lance Stroll. Later in the race he scrapped convincingly with Fernando Alonso and Carlos Sainz Jnr, delivering a fine sixth place which is Sauber’s best result for three years.

Although Hamilton had the edge on him in qualifying, Bottas came to the fore in the race thanks to his excellent opening stint on super-soft tyres. He still had great pace on the rubber after almost 40 laps on them, and could have been a contender for victory even without the Safety Car.

He was extraordinarily unlucky, therefore, to miss out on victory when he struck a piece of debris which punctured his tyre with three laps remaining.

Although he was shaded by his team mate in qualifying, by the end of lap one Perez was their only car left as Esteban Ocon had gone out in an unnecessary clash with Kimi Raikkonen

Although he struggled in practice, Grosjean felt the final changes he made on Saturday morning had transformed his car. But then he went off three corners into his qualifying lap, so his ultimate potential remained a mystery.

He dragged himself up from last place to be in contention for points, but spun into the barriers behind the Safety Car. That painful mistake means only he and Sergey Sirotkin are yet to score points this year.

There was a feel of ‘irresistible force meets immovable object’ about the collision between Max Verstappen and Daniel Ricciardo. Both should have done more to avoid it.

Whether it was a chastening experience the pair will learn from, or the beginning of a downward spiral in their relationship, remains to be seen.

Hamilton admitted his win was somewhat fortunate after a flawed but occasionally fast drive. Vettel was unlucky with the Safety Car but blew his chance to win with an overly optimistic attempt to pass Bottas.

A series of errors in qualifying compromised Raikkonen’s race badly. He spoiled his run on super-softs in Q2, which meant he had to start on the less favourable ultra-softs. Then in Q3 he made errors on both runs, meaning a driver who was clearly capable of starting from pole position lined up sixth instead.

For the second year running Ocon can reflect on the fact he would have been on the podium in Baku had he been a bit more savvy in his wheel-to-wheel racing. Much the same could be said of Nico Hulkenberg, who binned his Renault for the second year in a row. Carlos Sainz Jnr sparred impressively with the Red Bulls on his way to fifth.

Both McLaren drivers were in the point. Fernando Alonso took a deserved rewarded for dragging his mostly wrecked car back to the pits on lap one. Stoffel Vandoorne had a tough time in practice but fitting warm tyres for the dash to the flag was a smart move which reaped rewards. Lance Stroll finished between the pair of them, wishing he’d been on Perez’s strategy, but unlike his team mate at least he made it as far as lap two.

Brendon Hartley took a somewhat fortunate first point after his team mate was hit by Kevin Magnussen. Hartley had also frightened the life out of poor Pierre Gasly during qualifying.

Gasly came in 12th behind Marcus Ericsson, who picked up damage on the first lap, and one place ahead of Magnussen. The latter had carried damage from early in the race.

Vote for the driver who impressed you most last weekend and find out whether other RaceFanss share your view here: