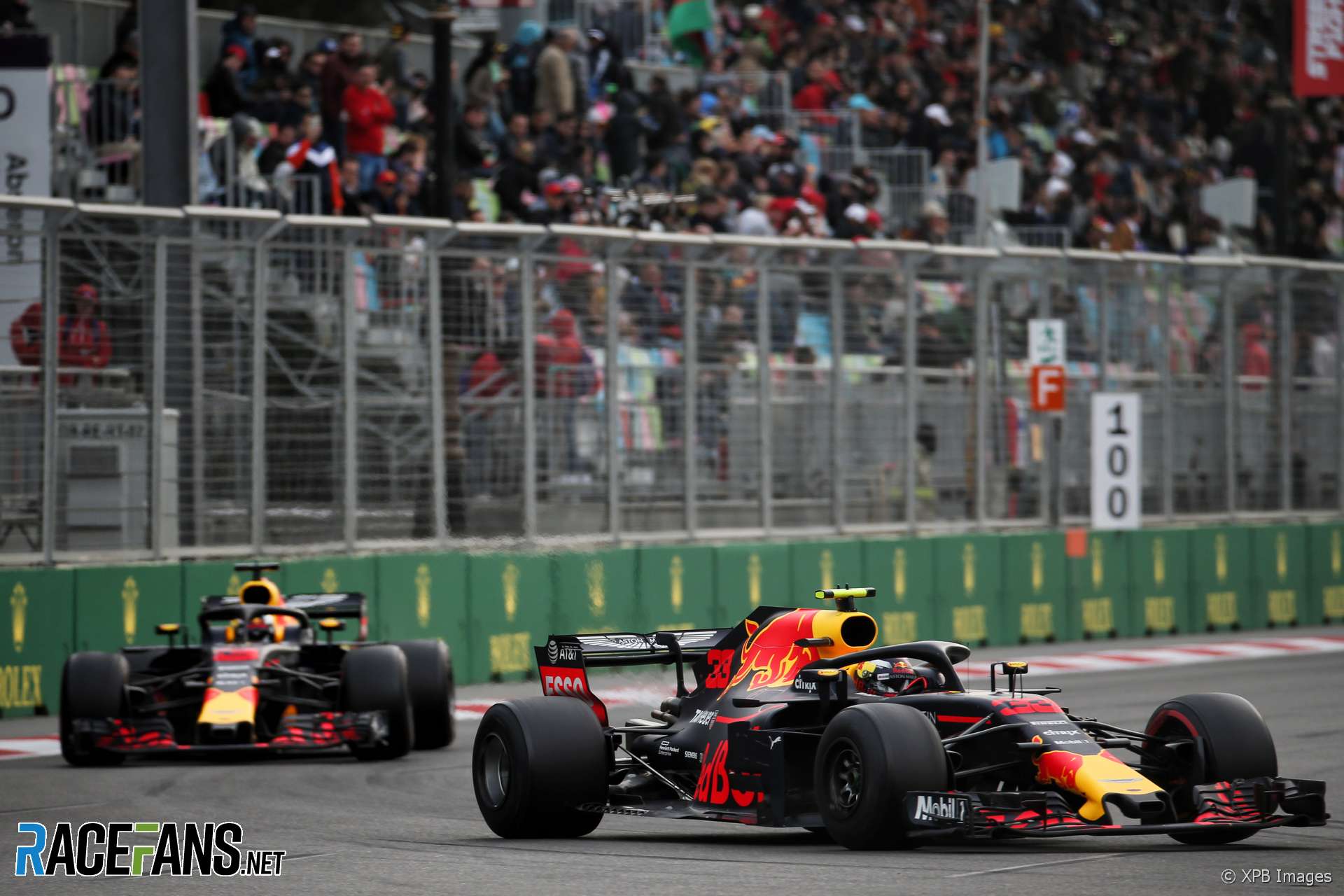 Max Verstappen’s decision to block Daniel Ricciardo’s run towards the inside of turn one made the crash between the pair inevitable, according to Formula One’s head of motorsport Ross Brawn.

While Brawn said the stewards’ decision to reprimand both drivers was “the right course of action”, he believes the loss of downforce Ricciardo experienced following Verstappen’s move meant he could not avoid hitting his team mate.

“Once Daniel had settled for his line, and Max had changed direction blocking that line, the Australian became a passenger,” said Brawn.

“The downforce loss experienced by Ricciardo in the wake of Verstappen’s car would have made it unstoppable. We often think of downforce applying in cornering, but the impact the extra grip has in braking is huge. Take away that grip in braking and what happened on Sunday was inevitable.”

Brawn said the case was another example of why F1 car design must be addressed to improved racing. He praised yesterday’s agreement of rules changes for the 2019 F1 season aimed at allowing cars to follow each other more closely.

“Whilst this was a very severe example, it did highlight once more the need of finding a way to develop the rules to make the cars more ‘raceable’ in these conditions,” he said.

“The decision of the Strategy Group and the F1 Commission taken yesterday, sanctioned by the FIA World Motor Sport Council, to approve a number of aerodynamic modifications, aimed at promoting closer racing and more overtaking for the 2019 season is definitely an important step.

“It’s also important to note that the decision has been taken after an intense period of research into the FIA’s proposals, which were made with the support of Formula 1 and, conducted by a majority of the teams. It showed good spirit and a good way of working together for a better and more spectacular Formula 1, which is what the FIA, Formula 1, the teams, and most importantly, the fans want.”