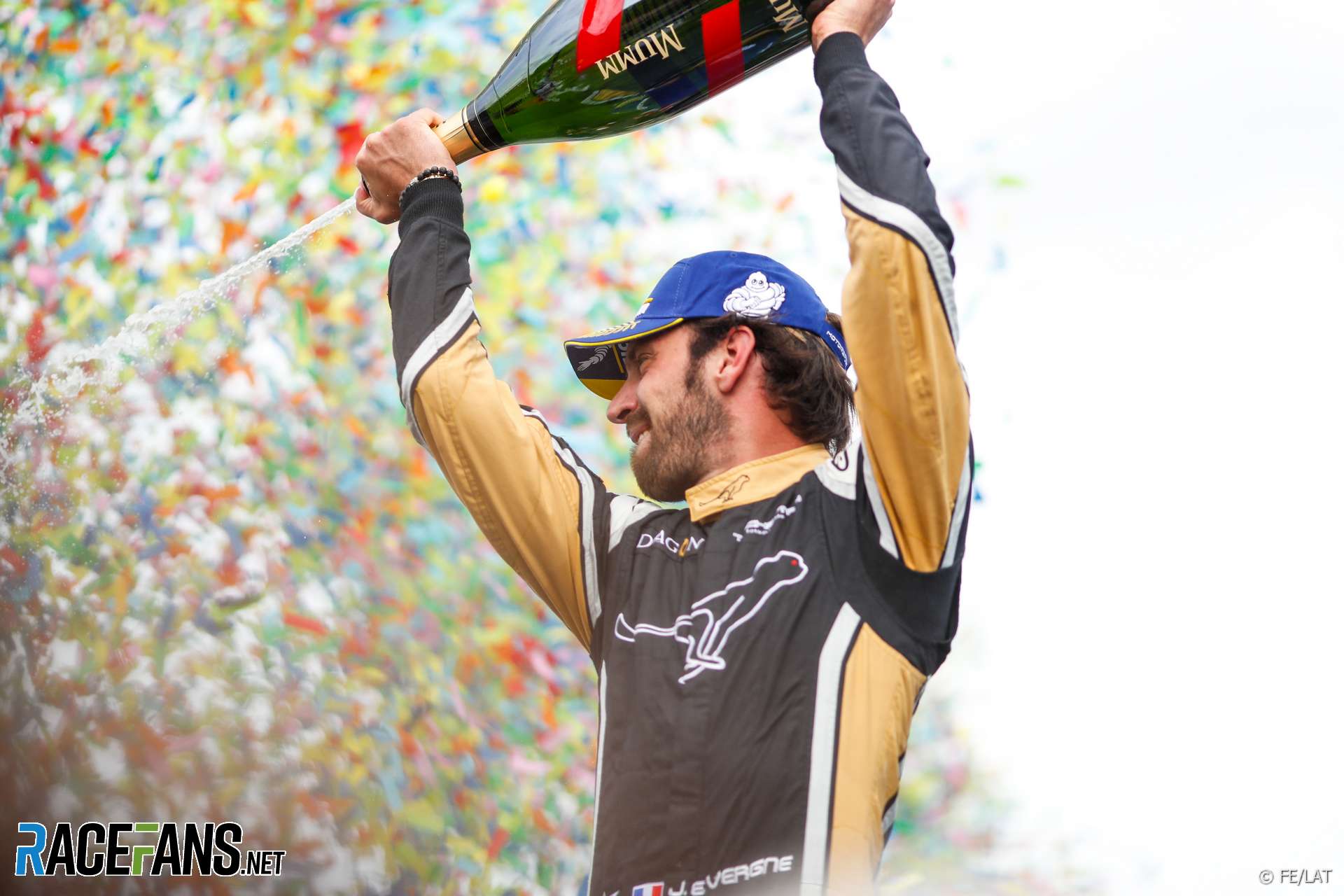 Vergne is leading the points standings after eight of the 12 Formula E races in the current season. He told RaceFans he’d rather be at the front of that field than driving for a midfield team in F1.

“If you are in a situation in a team [where] you know it’s nearly mission impossible to get to Ferrari or Mercedes or Red Bull, if you are not in the position of Pierre Gasly or Esteban Ocon for example, I would rather be in a different category and win. Now of course I’m in the best position to judge being in Formula E.”

The former Toro Rosso driver joined the all-electric single-seater championship after losing his F1 seat in 2014. He admitted he has changed his mind about the category since then.

“Definitely I’m much happier in Formula E, winning races and fighting for the championship, than being in a team and just fighting in some races for some points.”

He pointed out the extent of manufacturer involvement in Formula E indicates how important the series has become.

“Just looking at the figures, looking at the facts, we have nearly three times more manufacturers in Formula E as we have in Formula One. It makes sense for them because they’re showcasing the technology of the cars they’re going to sell tomorrow to everybody and it’s important for them.

“So if it’s a championship that’s important for big manufacturers such as Porsche, Audi, Mercedes, Renault, Jaguar, it means that it’s important. Then it’s not up to me to judge if it’s as important as Formula One.”

Another target for Vergne is winning this year’s Le Mans 24 Hours. He is driving in the World Endurance Championship round at Spa this weekend for LMP2 team G-Drive.

“Here I do it for Le Mans,” he said. “I love Le Mans. Last year my first race was amazing, I really loved it. This year I want to be back in a winning team and a winning car.”

“When I was on the grid it was my strongest feeling, the emotions. It was amazing, [I had] goosebumps coming.”

45 comments on “Formula E not inferior to F1, says Vergne”